THE ORIGINATORS of the Büche culture settled primarily in the territory of today's eastern Slovakia and north-eastern Hungary at the turn of the 6th and 5th centuries BC, in early Neolithic times. 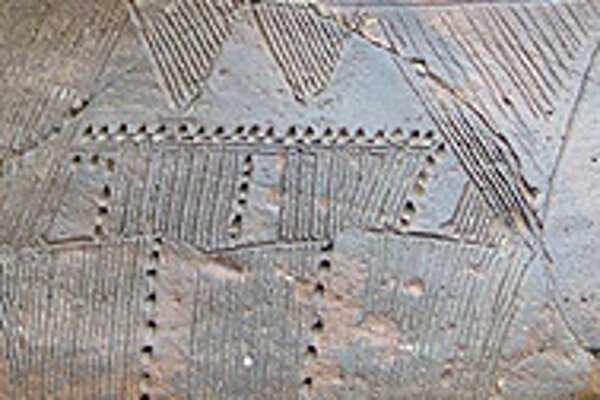 Font size:A-|A+0
THE ORIGINATORS of the Büche culture settled primarily in the territory of today's eastern Slovakia and north-eastern Hungary at the turn of the 6th and 5th centuries BC, in early Neolithic times.

The late Ice Age gave way to a kindlier climate and settlers turned to breeding domesticated animals and cultivating cereals, legumes, linen and hemp. The changing economic basis of society led to permanent settlements, with solid houses and the development of crafts, such as the production of vessels through firing clay.

The preserved ceramics from these times are adorned with ornamental motifs, probably containing a symbolism from long forgotten myths and legends.

Archaeologists found a consistency in decoration found on the vessels and in the motifs woven into fabrics, carpets and mats, as well as decorations used on carved wooden dishes and the earth and wooden walls of dwellings.

From examining these decorations the archaeologists were able to identify different cultures, among them the Büche culture.

The majority of Neolithic cultures existing alongside the Büche culture preferred to build settlements in open terrain near streams. In contrast, Büche people lived in caves, within which they built smaller structures to protect themselves from the water dripping from the walls and roofs. One such place was the well-known Domica dripstone cave in Slovak Karst, near Kečovo.

The basic form of the ceramic production of Büche potters was a globular vessel. Sometimes they added bottle-like necks and handles to make amphorae.

Fragile vessels two or three millimetres thick were often decorated all over. The many lines, like Gothic refracted curves, which formed the main motifs were probably made with a comb. Under the edges and between the curves' ends were additional motifs protruding from a cross-hatched background.

The thin ceramics mark the apotheosis of Neolithic pottery in the north-eastern part of the Carpathian basin. Potters used a specially processed pottery mass, probably on a rotating base (though not a pottery wheel), which was made perfectly smooth, apart from its decorated parts, before firing.

A shift in climate and the advance of other settlers brought to an end the Büche culture and its advanced ceramic production at the start of the 5th century BC.

The caves of Slovak Karst housed inhabitants again at the end of the Bronze Age, in the 2nd century BC.