TAX auditors plan to visit Slovak consultancy and construction firms more than any other type of firm. The Tax Directorate identified the two fields as among those having the highest rate of income tax evasion. 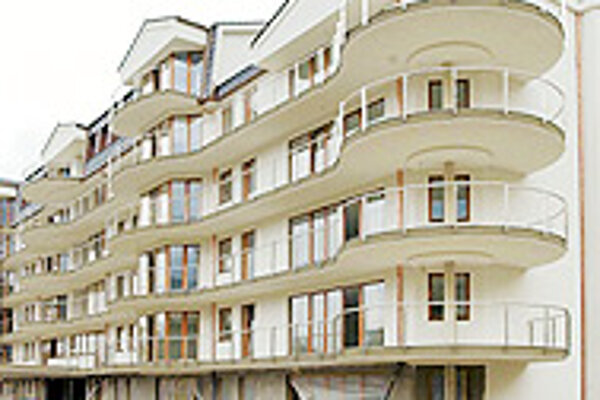 Font size:A-|A+0
TAX auditors plan to visit Slovak consultancy and construction firms more than any other type of firm. The Tax Directorate identified the two fields as among those having the highest rate of income tax evasion.

Consultancy and construction companies do not like the idea and see no reason why they should be treated differently from other sectors.

"According to our statistics, consultancy and construction are the branches with the highest number of [income] tax evasions," Robert Merva, spokesperson for the Tax Directorate, told The Slovak Spectator.

Ján Oberhauser, the president of the Slovak Chamber of Tax Advisors, said that consultants set their prices based on product knowledge and intellectual know-how, not on physical materials, which sometimes makes bookkeeping seem less than transparent.

He explained that consultancy firms are dependant on good relationships with their customers. It means consultant incomes and client expenditures are always clear, if a little difficult to follow.

Oberhauser said that because of the wide range of the term "consultancy", the directorate will require tax auditors with specific knowledge from various areas such as finance, management, agriculture and many others to understand the aspect of their work.

Ján Majerský, president of the Association of Construction Entrepreneurs, finds the plan of tax audits focused on construction unjustified.

"The risk of tax evasion is in all the parts of economy. Why construction? I do not see the reason. Construction companies produce physical results of their business that are always possible to match with invoices and other documents. It is transparent. I find a bigger risk in business, where the product is not tangible," Majerský told the Spectator.

He is confident that the construction industry's business culture in Slovakia has improved, thanks to international companies who have come in to do business.

Majerský says that the construction industry, for various reasons, is a part of the economy with a high rate of employing illegal workers, but he finds this a matter for the Labour Ministry not the tax office.

The Tax Directorate defends its decision and says the number of tax auditors does not allow checking all tax payers equally, which is why they have selected the riskiest sectors.

"Businesses fulfilling their tax duties have nothing to be afraid of. The Tax Directorate does not want anyone to pay one crown more than required. We do not want to criminalize the two sectors. We just want to clear them of those who do not fulfil their obligations," Merva said.

When asked if the Tax Directorate has set the volume of money the audits should produce, Merva did not give a direct answer.

"Auditors are not conducting audits with the goal of generating revenue. However, an auditor should be experienced enough to focus his attention on tax payers with a high likelihood of avoiding their tax duties," Merva added.

Reducing the number of tax evaders is the long-term goal of the Finance Ministry together with Tax and Customs Directorate. Income tax audits in consultancy and construction firms is a part of a wider action plan in the fight against tax evasion.

The Finance Ministry wants to reach a voluntary tax paying level of 96 percent (the number represents the ratio between tax reports filed on time and tax actually paid on time).

According to the Finance Ministry, collection of value added tax (VAT) represents the biggest trouble.

While in 2004 the tax office collected more income tax than anticipated in the state budget, VAT brought less money than estimated.

"VAT represents such a risk that we audit tax payers from all branches here. We make no differentiation," Merva said.