NO TRESPASSING allowed. Such is a district court's verdict involving 23,960 square metres of private land that the state is in the process of buying to make way for a future KIA manufacturing plant. 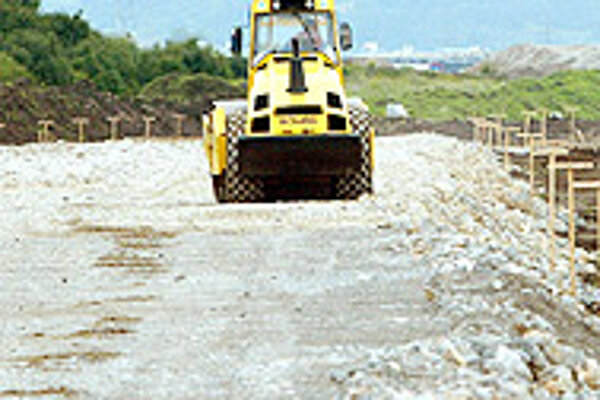 Font size:A-|A+0
NO TRESPASSING allowed. Such is a district court's verdict involving 23,960 square metres of private land that the state is in the process of buying to make way for a future KIA manufacturing plant.

The Žilina District Court issued a preliminary injunction on August 16 forbidding Žilina Invest, the company managing the KIA construction, from trespassing before the land changes hands.

The injunction states that Žilina Invest is not allowed to enter an area of 23,960 square metres in the proximity of Gbelany and Mojs. The court forbids entrance by foot or motorized or non-motorized vehicle.

It also specifies that Žilina Invest must stop all operations leading to the construction of a road, including the laying of sewage pipes, on the land in question. The company is banned from taking away arable land, removing gravel or other construction materials, and excavating or otherwise physically changing the specified plots. The court also forbids Žilina Invest to hire a third party to perform any of these acts.

In a statement made to the daily SME, Economy Minister Pavol Rusko confirmed that construction continues despite the court's verdict.

"Based on the information I have, the work is continuing in a way that the [KIA investment] timeline is met," Rusko said. He added that court's decision is not valid at this time.

Žilina Invest can appeal the verdict.

The court's injunction comes as a surprise to many. In early August, the Žilina District Court judge released an official statement saying that court proceedings to stop construction on five plots of land not yet sold to the state would be postponed indefinitely. The decision effectively enabled Žilina Invest to continue construction works, even though it lacked official construction permission.

The court's decision came as a relief to landowners who demanded a preliminary measure to halt KIA infrastructure construction. The owners turned to the court claiming that Žilina Invest had been building a road on their land without permission.

Stanislav Vinc, the authorized representative of Žilina Invest, denied that his company was building a road on the land in question.

He defended the presence of his company on the land that had not yet been sold by saying that archaeological research was being conducted and that archaeologists needed access to the site.

On July 14, the director of the Archaeological Institute of the Slovak Academy of Science, Alexander Ruttkay, told the daily SME that current archaeological research was being conducted only on sites that had been legally purchased.

Ruttkay said that research on the private land was completed about three weeks ago. The institute found nothing of archaeological significance.

"Pretending that an archaeological research is going on with bulldozers in question sounds completely ridiculous," Fides from the Justice Ministry said.

Rusko threw a bone to landowners who, in order to make way for the new KIA manufacturing plant, sold their property to the government at below market rates months ago. He proposed that the government pay the former landowners the difference between what the state paid them for the parcels, Sk140 (€3.6) per square metre, and Sk350 (€9) per square metre, the amount finally given to the few sellers who refused to part with their plots at the government's official evaluation price. It is these latter landowners who own the land mentioned in the injunction.

Rusko's proposal would cost taxpayers around Sk360 million (€9.3 million). The Finance Ministry resolutely rejected the proposal saying that it would be a very bad example for other landowners.

Slovakia's mishandling of the KIA investment has led to several delays. For example, the highway from Bratislava to Žilina, which the state promised to complete for KIA by the end of 2006, will not be finished on time.

"We will not manage to finish a six to seven kilometre-long stretch around Považská Bystrica," Tomáš Šarluška, spokesman for the Transport Ministry, told The Slovak Spectator.

Unless a solution can be found, KIA lorries will be driving through the centre of Považská Bystrica.

Complications in the KIA investment have not repelled other potential investors - namely suppliers to the future KIA plant.

South Korean company SungWoo Hitech, a producer of car bodies, said it intends to invest in Central Europe and considers Slovakia one of its potential locations.

According to the news wire SITA, the company's new factory would create more than 1,000 jobs.