You are what you eat

IT IS NOW legal to import genetically modified (GM) sweet corn plants into Slovakia. Despite a no vote by 14 European Union environment ministers, the European Commission decided to allow GM sweet corn to flood the EU market. 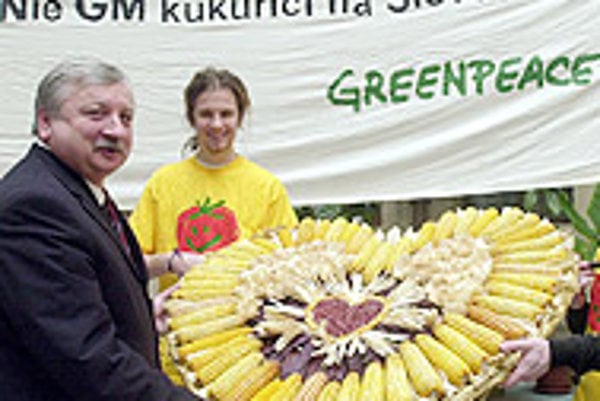 Font size:A-|A+0
IT IS NOW legal to import genetically modified (GM) sweet corn plants into Slovakia. Despite a no vote by 14 European Union environment ministers, the European Commission decided to allow GM sweet corn to flood the EU market.

The European Commission's decision is linked solely to imports. Cultivating and growing genetically modified sweet corn (GM MON 863) is still illegal. There are restrictions on GM MON 863 imports as well. According to the EC, GM MON 863 can be used only as animal fodder or as an ingredient in select products.

The European Council's decision to open the doors to GM MON 863 evoked fears and criticism from those that oppose GM food. Scientific studies, critics say, prove that GM food is not safe. Even Monsanto, the multinational biotechnology corporation that developed GM MON 863, released a study showing harmful effects of its genetically modified product on laboratory rats.

Slovak Environment Minister László Miklós voted against GM sweet corn imports at an EU session of environment ministers in June of 2005. Nevertheless, people at the Environment Ministry believe that genetically modified imports are safe for consumers as well as farmers.

"If the Monsanto's study showed even the slightest suspicion of health risks, the European Commission would never have agreed to [GM] goods," the director of biological safety at the Environment Ministry, Igor Ferenčík, told The Slovak Spectator.

So why did Minister Miklós vote against GM Mon 863? Ferenčík says the minister's no vote was linked to his efforts to ensure that each country reserve the individual right to decide whether it wants to import and/or cultivate GM food.

Ľubica Lacinová from the Slovak Academy of Sciences told The Slovak Spectator that Slovak farmers could benefit from the import of GM sweet corn plants. However, she admitted that there is no real benefit to the consumer.

Scientists insist that the disadvantages of GM food severally outweigh the advantages. Slovakia could endanger its eco-system if it ever decided to legalize the cultivation of genetically modified plants.

Even arguments that fewer pesticides are needed to support GM crops do not hold water. According to the US Agriculture Department, usage of pesticides in the US, where GM crops are routinely cultivated, increase year-on-year by tens of thousands of tonnes.

"The most common GM plant in the USA is a soy bean called Roundup Ready. It was developed to avoid the necessity of using the most common pesticide produced by Monsanto. According to the [US government] study, farmers that grow Roundup use twice as much pesticide compared to conventional farmers," Martina Badidová, a Greenpeace activist, told The Slovak Spectator.

Ľubica Lacinová from the Slovak Academy of Sciences agrees with Badidová. She says that theoretically, GM plants are designed to require fewer pesticides and phytocides. However, much research and many practical studies show that "farmers' logic functions in a different way". They often use more pesticides on GM food than necessary.

Lacinová explained that GM sweet corn plants are resistant to only a few strains of bugs and blight. According to studies conducted in USA, within eight to 10 years, bugs will develop a resistance to the most common pesticides, making it necessary to use more and stronger pesticides. This cycle eliminates the advantage of reduced crop spraying in the short term.

Monsanto wants to penetrate the EU market with its GM imports as well as start to cultivate its product in EU member states, says Lacinová. Currently, Monsanto has applied for import and cultivation permission from Germany.

The German division of Greenpeace filed a court motion requesting that the environmental organization obtain access to all available material on GM MON 863, including all studies and documentation produced by Monsanto.

Greenpeace won its case despite appeals by Monsanto. After it reviewed the material, Greenpeace issued a statement warning the public and EU commissioners against side effects in rats noticed during testing.

Greenpeace issued its warning statement just two days after receiving all of the relevant material on GM MON 863. "That suggest to me that, considering the documentation is about 1,000 pages, Greenpeace could not have read it all," says Lacinová.

Badidová from Greenpeace believes that the European Commission gave way to pressure from the USA when it approved GM sweet corn imports.

In August, Madelyn E Spirnak, the advisor to the Department of State for Agriculture, visited Slovakia.

She told the Hospodárske noviny daily that the main goal of her visit was to meet with the government's representatives, business sector and non-government organizations to discuss US policies concerning GM agriculture plants.

Greenpeace called Ms Spirnak's visit a lobbying effort on behalf of US corporations trying to penetrate the EU market.

"Unfortunately, the European Commission does not seem to be strong enough to protect European farmers [and consumers] from this kind of pressure and step by step, it gives way under the strain," Badidová said.