FARMING and food production was once considered a stable branch of the economy. Slovaks believed that while it would not yield a great profit, the business was relatively solid. As our grandfathers' used to say, "People can't stop eating and drinking!" 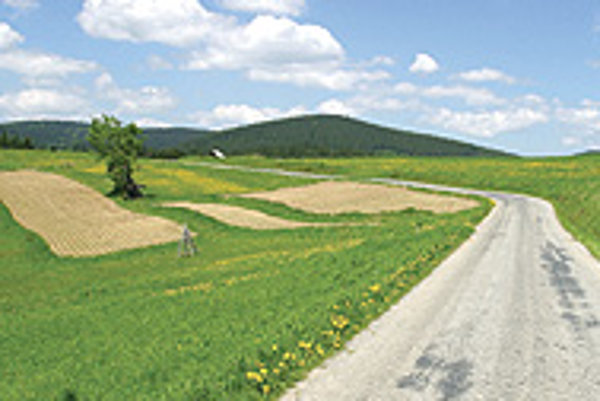 Font size:A-|A+0
FARMING and food production was once considered a stable branch of the economy. Slovaks believed that while it would not yield a great profit, the business was relatively solid. As our grandfathers' used to say, "People can't stop eating and drinking!"

The situation today would surprise them. People still eat and drink, of course, but it is not the common man's appetite that dictates the market. It is the EU Common Agricultural Policy (CAP) and the common EU market.

The agriculture and food branches in Slovakia are in turmoil and their performance is unpredictable, say insiders. New EU members are denied the same level of subsidies as more established members of the European Union. Moreover, Slovak producers do not have experience with foreign markets and potential business partners know nothing about food producers from the new EU.

Last year, the agriculture sector generated a profit of Sk1.5 billion (€40 million), a significant improvement to the previous year's loss of Sk2.5 billion (€60 million). The level of profit was the highest since 1990.

Gejza Blaas, the director of the Research Institute of Agricultural and Food Economics, told The Slovak Spectator: "The subsidy system is different for EU members and those countries preparing to enter the union. When Slovakia became an EU member in May 2004, Slovak farmers got EU subsidies for the first time. It means they got money in December [2004] instead of during the whole year."

That means that farmers could not invest the money in their 2004 production levels.

Stanislav Nemec with the Slovak Chamber of Agricultural and Food said: "Suddenly, at the end of the year, farmers got a large sum of money for which they had no use. Many of them used it to pay previous debts. If farmers had the money sooner, they would have invested more and their costs would be higher and consequently the profit would be lower."

Both Gejza Blaas and Stanislav Nemec believe that 2005 will end with more realistic numbers, since farmers are now acquainted with the system.

Sugar refineries, canning factories, distilleries and breweries were luckier last year and ended up with profits. Dairies, poultry and meat farms and other industries recorded losses.

Before EU accession, food producers invested a lot of money into new technologies and improved their production processes. However, prices have not fulfilled their expectations and they are not getting the return on investment that they counted on.

"The stagnating purchasing power [of Slovaks], competition by foreign producers and disadvantageous policies of retail chain stores had a great impact on price development in agriculture and food production," Blaas explained.

The EU gives and takes

A common market is one of the greatest advantages of the EU membership. Slovak farmers can easily export goods to the rest of the EU market.

However, Jaromír Matoušek, the head of agribusiness financing at Unibanka, does not know one agricultural or food production company that exports more than 20 percent of its production.

Nemec of the Chamber says Slovaks cannot compete on the common market because EU15 farmers get higher agricultural subsidies than those in the new EU member states. Slovak farmers get about 50 percent of the subsidies that French farmers do, for example. Even this lower level of subsidy is partially paid for from Slovakia's state budget.

"They [farmers from the EU15] can offer their goods at lower prices thanks to higher subsidies. We cannot compete with them under such conditions," he said.

According to Nemec, the best solution would be if the EU completely abolished its system of subsidies. "Then we would be able to compete," Nemec said.

The Finance Ministry and Brussels say that Slovak farmers' production costs are lower than EU15 farmers and therefore its subsidies are lower, too.

"Production costs in Slovakia are gradually reaching international levels. Low labour costs are the only factor [benefiting Slovakia] but it is not possible to rely on this forever, " Nemec said.

Matoušek of Unibanka does not agree that disproportionate subsidies are the reason Slovak farmers are not competing on the common market. He Slovak prices are lower than ones but foreign businesses are not interested.

He says Slovak sales departments are not aggressive enough. Foreign retail chains are used to their suppliers. They simply have no reason to risk anything with new suppliers. In addition, local lobbies of cooperatives are strong in [EU15] countries and they are not allowing foreign companies onto the market.

"The markets of the EU15 are bullet-proof. Slovak producers find better business in Ukraine, Russia and those regions. Maybe the solution goes in this direction," Matoušek told The Slovak Spectator.

Insiders say that Slovak farmers are still missing a system of product storage, a necessary step in expanding their businesses. Also, creating local production-sales associations would increase farmers' clout when negotiating with large retail chains, too.

Predictions about the future are almost impossible, analysts say. They can only suggest that last year's profits will not be repeated.

"It is complete madness. I would be nervous if I were a manager of an agricultural company. It is almost impossible to make plans," Matoušek said.