Happy about the low cost of milk?

CONSUMERS are happy to take advantage of competition among retail chains because the result is lower food prices. But if Slovaks knew the whole story, would they feel so good about that bargain? 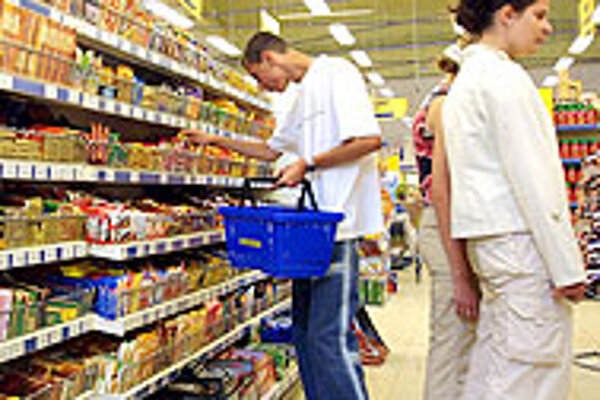 Font size:A-|A+0
CONSUMERS are happy to take advantage of competition among retail chains because the result is lower food prices. But if Slovaks knew the whole story, would they feel so good about that bargain?

Farmers who expected prices to rise after Slovakia's accession to the EU are hurting. Retail chain competition has hit them below the belt and they are selling their products for the same price or lower than they did a year ago.

The blame sits squarely on the shoulders of retail chains, says the Slovak Chamber of Agriculture and Food.

According to the chamber, retail chains are forcing farmers and food producers to sell at unrealistic prices. They accuse retail chains of abusing their power. Thus the Slovak Chamber of Agriculture and Food want to see changes in Slovak legislation with the Act on Retail Chains.

First, the chamber wants to introduce a 30-day payment period. A retail chain would be obliged to pay for goods one month after a supplier delivers the goods to the store. The chamber also wants to ban chains from selling goods at a loss.

"Some of our members report that retail chains take up to two to three months to pay them. It is very difficult for a small or average-size producer to keep its operation afloat when there is such a delay in payment. Food producers are required by law to pay for farm products within a 30-day period. It would be logical if retail chains had the same obligations towards their food suppliers," he told The Slovak Spectator.

"Retail chains often lure customers with low prices on one or two items. Very often they sell them for less than what they bought them for. They can afford to lose money on those items because they make up the difference on other types of products where they have raised the price. At the end of the day, they win. The problem is that [other retail chains] get the impression that certain foods really should be that low. Farm and food producers are pushed to lower their prices, sometimes below their production costs," Nemec said.

The Slovak Spectator asked the Slovak Association of Commerce and Tourism to comment on behalf of its retail chain members but they did not respond.

Martin Katriak, vice-chairman of COOP Jednota and head of the law section of the association, recently told the Hospodárske noviny daily that relationship between stores and goods suppliers is a private-legal issue that a state should not interfere with except in a necessary capacity.

According to Katriak, EU law does not regulate payment periods. EU laws only provide solutions to cases when the agreed period between buyer and seller is not kept.

The Slovak Chamber of Agriculture and Food emphasizes that prices and payment periods are the tip of the iceberg. They say farmers and food producers are asked to share the cost of creating various promotion materials advertising in-store bargains and even on new store construction in return for being a future supplier. He says one case involves a retailer asking the food producer to pay its warehouse workers.

Nemec is certain that retail chains are behaving differently on the Slovak market than they do on the more established EU markets. "This will change," Nemec said. "It can't go like this forever."