THE FIRST day of the 2005-2006 school year started September 5. The growing trend is fewer students, fewer schools and not enough money. 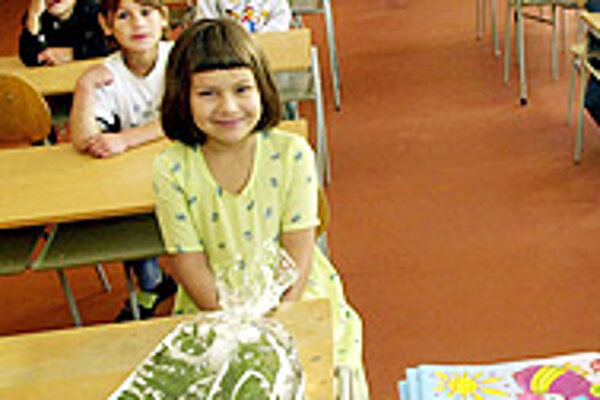 Font size:A-|A+0
THE FIRST day of the 2005-2006 school year started September 5. The growing trend is fewer students, fewer schools and not enough money.

According to data published by the Education Ministry, about 920,000 young Slovaks attended 3,500 elementary and secondary schools across the country.

While school closures and mergers number more than 100 this year, the result is less dramatic than in the 2004-2005 academic year, when 250 schools shut down and 500 merged.

This year, 78 kindergartens, 25 elementary schools and 19 secondary schools closed their doors. However, an additional 20 state-run schools opened, along with 15 private schools and five religious-affiliated schools, bringing the sum total of school closures to 87.

The Education Ministry informed students to expect several changes to the educational curriculum this year, including a new approach to teaching. Education Minister Martin Fronc wants young Slovaks to be taught life lessons, not just "theorems, formulas, or other abrupt information".

"It is important that we teach our children to face all the tests in life, not just those on the blackboard. We need to teach them to be able to tell the good from the bad as well," he said in the minister's traditional, back-to-school-year speech.

Fronc wants to create conditions in Slovakia's schools for what he calls a more individual approach to students. He admits, however, that the country has a lot of work to do.

"We have a long way ahead of us to modernize our schools. I will be really glad when we manage to fully reform Slovak education so that it teaches all of us to learn," Fronc said.

Parliament has yet to approve certain educational reforms that are dear to Fronc, including an update of pedagogical approaches as well as university tuition.

"It is true that many laws were approved to create more just conditions for the division of school funding. However, economic factors forced many schools to shut down or merge. Within schools, some classes have merged. The end result is more students per class and a lower level of education," Čaplovič told The Slovak Spectator.

Teacher wages still remain an issue. Few young people are drawn to the teaching profession; they prefer to go into professions that offer a more competitive salary.

The Education Ministry is working on a proposal with the Finance Ministry to ensure that the average wage of elementary and secondary school teachers reaches the national average wage: roughly Sk18,200 (€476) per month, according to estimates, such a change would increase teacher salaries by Sk2,000 (€52) a month.

Municipalities, which are responsible for distributing school funds from their budgets, are worried that utility increases will stretch their school budgets to the breaking point.

Zdenko Trebuľa, the mayor of Košice, said that his municipality was entering the new school year with significant financial risk, the TASR news agency reported.

"We found out recently that prices for natural gas and electricity will go up by 20 percent in October and another 16 percent in January. I am not sure whether the budget can handle these extra expenditures," said Trebuľa.

Čaplovič agreed. "Many schools will bleed because of these increases [in gas and electricity]. Unless the state supports regional schools with additional funds, many schools will not be able to cover these costs," he said.