"NEW Guinea is the most exotic part of the planet. It hides unfamiliar places and people, who know their appearance only from a water reflection, and who consider the bone knife, axe and bows to be the greatest inventions." 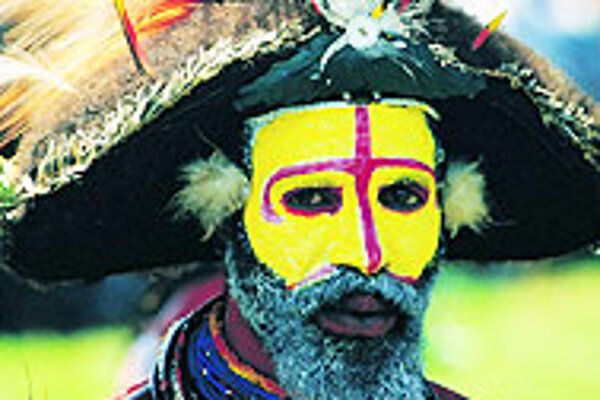 Font size:A-|A+0
"NEW Guinea is the most exotic part of the planet. It hides unfamiliar places and people, who know their appearance only from a water reflection, and who consider the bone knife, axe and bows to be the greatest inventions."

The Slovak National Museum opens a double-exhibition, Mysterious Indonesia: Tom-toms of Time, and The Famous Expeditions of the 20th Century.

As one of the largest non-state collections in Central Europe, the first part of the co-project illuminates the unexplored nooks of the island of New Guinea from the Livingstone Travel Agency archive while the second details famous expeditions captured by renowned National Geographic photographers.

The mystifying world of magic and revenge, The Mysterious Indonesia: Tom-toms of Time, was inspired by the experiences of legendary Czech travellers Zikmund and Hanzelka, anthropologist Mirslav Stingl and traveller Rudolf Švaříček. The exhibition is the largest of its kind and unique within Europe.

Exhibition visitors will be enthralled by a realistic representation of the Indonesian jungle, tropical vegetation with orchids, beetles and butterflies. Also on display is a typical Korowai tribe dwelling, high in a treetop. To add to the authenticity, the Bratislava exhibition also includes a real waterfall.

The Famous Expeditions of the 20th Century zooms in on journeys through the lenses of National Geographic photographers. Visitors can virtually join the conquest of the South and North poles, the discovery of Machu Pichu, the legendary first flight across the Atlantic, climb to the top of Everest and descend to the wreck of the Titanic.

Images from Slovak photographers, adventurers, polar travellers and expedition leaders, including Pavol Barabáš, Jozef Valušiak and Peter Hámor, add to the immense range of the exhibition.

The exhibition runs at the SNM's Natural History Museum at Vajanského nábrežie in Bratislava until November 20.