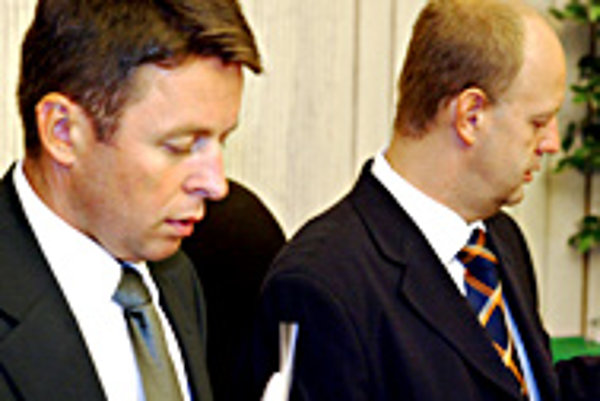 The announcement comes on the heels of criticism concerning a Memorandum of Understanding signed by Rusko and STB Advanced Technology. In the memorandum, the state virtually agrees to apply pressure on a private party to transfer ownership rights to STB Advanced Technology in exchange for a €1 billion investment.

The investment, which promises new factories in Eastern Slovakia and the creation of 5,000 new jobs, has turned out to be another public relations mess for Mikloš to clean up after Rusko's departure.

The controversial Memorandum of Understanding involves several standard requests by STB Advanced Technology. According to the SME daily that claims to have a copy of the memorandum, the company wants Slovakia to help with visa processing procedures for workers and their families, contribute towards education of the workers' family members and tax cuts.

In the part of the memorandum that created an outcry, the company requests that the Slovak government use its power to persuade Penta Financial Group to transfer its property rights to KŤUK that the group owns through its firm Slovenský Investičný Holding to STB Slovakia - free of charge.

Ján Immer from STB Advanced Technology's local branch told the Hospodárske noviny daily that the memorandum is not a legally binding document and that KŤUK is not STB's priority.

It emerged in early September that British firm STB Advanced Technology is a non-trading company with Russian and Ukrainian owners: Kamil Mustafinov and Ravil A Abubekerov from Ukraine and Alexader Karelin from Russia.

STB Advanced Technology, with its Ukrainian background, sees an investment opportunity in the KŤUK factory, an international project between former Communist countries that was never finished.

The project started in 1986. After geopolitical changes in the region it remained in the hands of Ukraine, Slovakia and Romania. In 1992, Slovenský Investičný Holding (formerly VŠZ Košice) acquired partial rights to KŤUK in a privatization deal.

The KŤUK construction project swallowed Sk11 billion (€290 million) from the former Czechoslovakia. Because the investment and construction works were postponed and the factory remains unused, the real value of Slovenský Investičný Holding's portion has dropped to Sk2 to Sk3 billion (€50 million to €80 million).

According to Penta Financial Group, the whole situation around KŤUK is a very serious issue. Moreover, the company insists that Abubekerov does not have the financial backing to support his investment proposal in Slovakia. Andrea Straková, a Penta spokesperson, told The Slovak Spectator that "Ravil Abubekerov is a type of person whose investment proposals can't be taken seriously."

Immer told the Hospodárske noviny daily on September 9 that the company does not yet have the full €1 billion at its disposal to fund the project.

Still, STB Advanced Technology says it plans to build two production plants in Slovakia that would use top technologies to produce electronic silicon and pure titanium. Later, the company would build magnesium- and boron-producing factories.

With the latest statement by Finance Minister Mikloš, that Slovakia would not support the financial incentives promised by former Economy Minister Rusko, it remains questionable whether this investment project will take off.

Meanwhile, Dagmar Hlavatá of the Economy Ministry told The Slovak Spectator that the ministry is negotiating a deal with Ukraine and Romania that would present a solution to the deadlocked KŤUK project. "Our main goal is to find a solution as soon as possible," Hlavatá said.

According to Hlavatá, Ukraine's priority is to launch steel production at the KŤUK plant. Before Slovakia will support a potential solution to the unfinished project, however, the ministry would have to evaluate detailed analyses of the legal implications and the regional steel market.

The Slovak government is not the only one deciding on KŤUK 's fate. The financial group Penta wields a fair bit of power.

Penta's spokeswoman Andrea Straková told The Slovak Spectator that the group had already proposed several solutions to the economy ministry and is ready to negotiate a deal.