The piggy bank of the 21st century

ONCE upon a time in Slovakia banks offered savings accounts as the only way to save. Slovaks considered stocks and bonds risky business - certainly not a sane way to increase the value of one's money.
Things have changed. It all started at the end of the 1990s when banks offered mutual fund products as a response to decreasing interest rates. 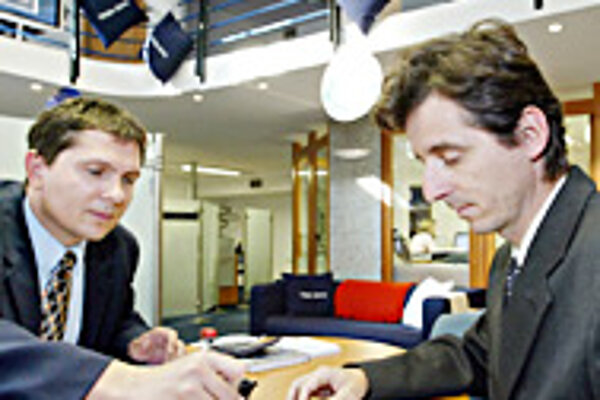 Font size:A-|A+0
ONCE upon a time in Slovakia banks offered savings accounts as the only way to save. Slovaks considered stocks and bonds risky business - certainly not a sane way to increase the value of one's money.

Things have changed. It all started at the end of the 1990s when banks offered mutual fund products as a response to decreasing interest rates. While on the one hand bank customers welcomed lower rates, which resulted in cheaper loans, on the other they rejected lower rates since they meant lower financial returns. Poor yields on traditional savings deposit accounts were one reason people started to look at mutual funds with new interest.

Investing in mutual funds hit a high in 2003, 2004 and again in 2005. Banks expect the upward trend to continue. Currently, Slovaks have more than Sk100 billion (€2.6 billion) worth of savings invested in mutual funds.

"The main mutual fund investment boom came in 2003 as a reaction to decreased interest rates. This trend [of investing in mutual funds] has continued ever since," said Roman Vlček, the chairman of the board of directors of Asset Management Slovenská sporiteľňa, the bank's special investment division.

Marta Krejcarová, a spokeswoman at ĆSOB, said that its clients grew particularly interested in mutual funds starting in 2004 "when yields of term deposits broke below the psychological threshold of 3 percent, which was reached by even the least risky money market and bond funds".

The share of savings put in mutual funds in Slovakia is still low compared to other parts of the world that are used to this type of savings programme. According to Krejcarová, statistics say that Slovaks are still keeping about 50 percent of their savings in traditional savings deposit accounts.

Slovaks have relatively little experience with financial markets; they are cautious and conservative investors.

Bank representatives are confident that equity mutual funds will gain in popularity. Yields of money market- and bond-based mutual funds are becoming less attractive and clients will soon become willing to increase their risk-to-return ratio.

The potential of Slovakia's mutual funds market is large - and growing vigorously.

Začka from Tatra banka told The Slovak Spectator that the increase in investments into mutual funds in Slovakia is the highest in the EU.

Representatives of banks and asset management companies emphasize that each client considering investing in mutual funds should answer several questions to be able to choose the right fund: How long do I plan to invest? How much am I willing to risk? What currency do I want to invest in?

"Investment brings along a risk which is necessary to accept because we can achieve a certain yield only through bearing a certain risk. Risk does not have to mean we will lose money, although some people might think so. The risk only expresses a certain difference between the real and originally expected result. The aim of investment is to minimize the risks," Začka explained.

Banks are confident that Slovaks are ready to take on more risk. Although they admit that after the record year of 2005, there might be a certain "slow down".

Largest banks in the lead

The mutual fund market reflects the situation on the retail bank market: The three largest banks in Slovakia are the strongest in mutual funds as well. Hospodárske noviny wrote that managed assets should increase 100 percent year-on-year in 2005.