MANY Slovaks have travelled far from their homeland in search of a better life. These emigrants left not so much for themselves as for their children. In strange lands they had to start from scratch, seek help from locals and at the same time question their attitudes.
A new Slovak documentary film, My zdes, or Here We Are, which entered cinemas on September 14 (with an English edition competing at international festivals), shifts this perspective. 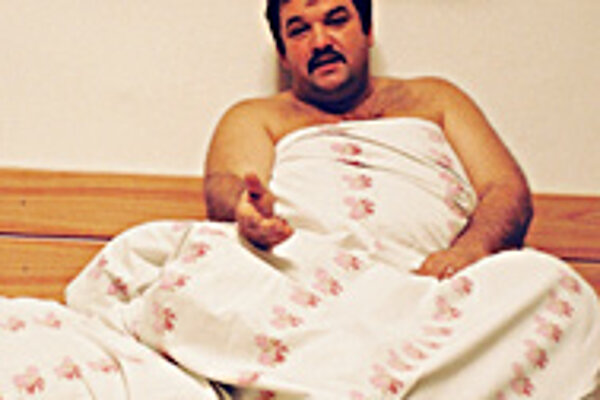 Font size:A-|A+0
MANY Slovaks have travelled far from their homeland in search of a better life. These emigrants left not so much for themselves as for their children. In strange lands they had to start from scratch, seek help from locals and at the same time question their attitudes.

A new Slovak documentary film, My zdes, or Here We Are, which entered cinemas on September 14 (with an English edition competing at international festivals), shifts this perspective.

By narrating the story of a family of Kazakh Slovaks coming to find a better life in this country, the film holds a mirror up to modern Slovakia. It follows the fate of a family struggling to re-establish themselves in their ethnic homeland, which their ancestors left after World War II.

"It stands as a mirror before us," said Andrej Bán, chairman of the humanitarian organization People in Peril in Slovakia. "This story can be viewed as a test for us - how we accept people similar to the foreigners we were."

Bán explained that the family in the documentary had requested help with repatriation from many institutions. "They saw how the Czech government helped their Czech relations from Kazakhstan. However, our government and authorities did not respond to the ethnic Slovaks' letters, and so the family wrote to our organization. We suggested one of them come over and we would get some advice and contacts. Well, seven people arrived."

It was Bán, who contacted the film's director, Jaroslav Vojtek, the day the family rang on his doorbell on December 6, 2000 and said: "Here we are."

After World War II, the Krnáč family moved from Central Slovakia to Sub-Carpathian Ukraine, which was later incorporated into the Soviet Union. A decree from Khrushchev forced them to settle in Balgarka, a village on the Kazakhstan steppe, where the family lived for more than 40 years. After the split from the USSR, they decided to sell up and move back to Central Europe, to Slovakia, a country they only knew from their parents' stories.

Upon arrival, the illusions that they had nurtured about Slovakia as a part of what they viewed as the West had to be revised. They settled in a small village in the countryside and had to confront the difficulties of finding jobs, accommodation, and hostile attitudes at work. Although their neighbours helped, the new beginning they had longed for brought more disappointment than joy.

The film is interesting, a sad and funny account of how the location of the West is perceived. While Slovaks need to cross the Austrian border to feel they are in the West, for Kazakhs, coming to Slovakia is enough.

During one of the difficult moments that the film captures, Dimitrij, the head of the family, sighs: "When I asked about Slovakia, people used to say it was nice and clean there, everyone wore white, there were no drunks, not even any flies! And so I thought, well, it would be nice to live there. But when I arrived, I saw there were flies here, and everybody was drunk."

The film traces the family's story over three and a half years. Director Vojtek shot 130 hours of material, which took six months to cut to the current 76-minute version.

My zdes premiered at the recent Karlovy Vary festival in the Czech Republic. It was selected among the top 12 from more than 500 films. "To us, it was a small nomination for an Oscar," said Vojtek.

An English-subtitled edition will be screened in London at the Across the Border festival on October 15, and in New York's Lincoln Center between November 14 and 18.