Once almost entirely an economist, Finance Minister Ivan Mikloš has assumed an increasingly important political role as the voice of reason and pragmatism in the Mikuláš Dzurinda government. The Slovak Spectator interviewed him September 22. 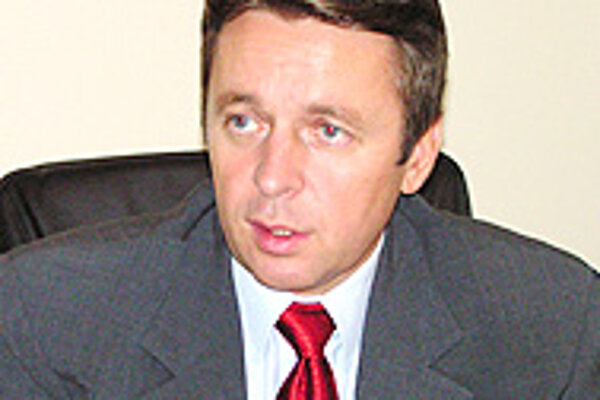 Font size:A-|A+0
Once almost entirely an economist, Finance Minister Ivan Mikloš has assumed an increasingly important political role as the voice of reason and pragmatism in the Mikuláš Dzurinda government. The Slovak Spectator interviewed him September 22.

The Slovak Spectator (TSS): What is behind the current political crisis?

Ivan Mikloš (IM): On the one hand, the current crisis is about the instability of political parties that are about marketing and that are not founded on real principles, values or programmes. That's putting it in plain terms. The same thing that happened in the case of the SOP [Party of Civic Understanding, led by former president Rudolf Schuster - ed. note] in the previous election term [1998 to 2002] also happened in the case of the ANO. I think it's quite clear that for Pavol Rusko, liberalism [the ostensible political programme of the ANO] was just a label he peeled off a wall somewhere.

Another cause of the crisis is the very non-standard, the very irresponsible politics of the man who led the party. He is a very irresponsible and non-standard personality, in the way he led both his party and his ministry. This is now the third government I've been a part of, and I've experienced all kinds of political colleagues, but I have to say that this was something truly unusual.

TSS: So why has it taken the government so long to deal with such a problematic minister?

IM: The public may have formed the impression that we started to have problems with Rusko only once the bills of exchange [debts of over Sk100 million (€2.6 million) - ed. note] surfaced, but that's not true. I have been in conflict with Rusko for a long time, but I never went public or to the media with it, because I don't regard it as either productive or sensible to solve internal coalition problems through the media, even if some of my coalition partners have a different approach. But really, we had many differences of opinion. The first time we disagreed publicly was in the case of Hankook [the South Korean tyre company and potential investor into Slovakia, for whom Rusko prepared an incentive package vetoed by Mikloš and the cabinet as too generous and untransparent - ed. note].

TSS: If the problem is "marketing parties", how do you explain the desire of the two oldest parties in the government, the Hungarian Coalition Party [SMK] and the Christian Democrats [KDH], for early elections, contrary to the wishes of your party [Slovak Democratic and Christian Union, SDKÚ] that the government stay in office to the end of its election term?

IM:I see a certain impatience on the part of some of our partners, who are either unable or unwilling to overcome the current situation, which is of course rather uncomfortable and distressing. Maybe they also believe they can profit from it politically. I think this can be very dangerous, and I think our common goal should be to keep trying to make sure people live as well as possible. The way to ensure that is to ensure long-term economic growth, which is the only way of ensuring long-term growth in employment and standards of living. And that in turn is connected with the continuation of reforms and the kind of economic policy that is practised in Slovakia. Economic analysts are basically in agreement on this point.

The problem is that this impatience, these possible attempts to profit politically from the situation, can endanger this fundamental goal.

I have also noticed that the attitudes of some of our coalition partners are influenced by the atmosphere created by the media. For example, on the first day parliament was deadlocked, the media launched a campaign on the untenability of the current situation and the need for early elections. Some of our partners succumbed to the pressure and allowed it to dictate their actions. No one denies that the deadlock in parliament is a problem - of course it is. But to jump on the opposition bandwagon and to play their game after one or two days of deadlock - and it is their game, because early elections would be in their favour, and would be to the disadvantage of those parties who want employment and living standards to continue growing - that just illustrates what I'm saying [about politicians succumbing to media pressure].

Parliamentary democracy is often associated with unwieldy forms of governance. In the Czech Republic they have a one-vote majority in a 200-seat parliament, and they've been working like that for three years. Here we managed to unblock parliament yesterday by more than one vote, and despite that, our coalition partners have a problem and are giving in to the pressure.

Just look at the blanket accusation [by opposition Smer party leader Robert Fico] that MP votes are being bought for Sk15 million (€390,000) each. It's absolute nonsense, and no one has brought forward any kind of proof, but the general accusations and pressure and negative atmosphere have clearly affected our partners. And I think that's very dangerous, because politics should be done by politicians. At the moment, some media and some journalists who want to do politics are successfully fulfilling this ambition.

TSS: Not just Slovak media, but also international media like the Financial Times have mentioned the Sk15 million. With what did you convince the independent and opposition MPs who supported you, if not with money?

IM: I don't know, but I do think that early elections aren't in the interest of any independent MP. They're not going to run again, and early elections would only mean that their mandate was shortened. As far as I know, those two MPs who left the HZDS [opposition party Movement for a Democratic Slovakia] have a normal agreement signed with the MPs that used to be in the ANO [and now support the Dzurinda government - ed. note] where it is specified what they will be supporting and how. They say - I haven't spoken to them myself, but this is what I have read - that they were disappointed with conditions in the HZDS.

You also have to distinguish between the reasons for blocking parliament. It's one thing to do so to stop the passage of a government measure you disagree with in principle, and it's another thing to block parliament for its own sake, or in order that a substitute for an MP who died not be approved. Parliament has before it several bills proposed by opposition politicians, such as increasing welfare subsidies and state compensation for poorer families in the wake of higher gas prices. So you have to understand that even for some opposition politicians, blocking parliament may not always be a positive or just thing.

If we follow through on the logic that says that every time an MP changes his mind, there must be some form of corruption at the root of it, then we would have to say that the parliamentary deadlock is the result of some form of corruption or blackmail from Fico's side. Before the June recess government bills were getting 82 to 84 votes, so the fact that fewer are voting with us now would mean that the opposition was buying them or threatening them. And that's absurd.

But in the current atmosphere, and with the opinions of politicians that currently exist, that they are all corrupt and that politics is a kind of safari for opportunists, it's very easy to be successful in the short term by riding on the wave of populism that Robert Fico is offering. The Czechs have a saying - kto s čím zachází, s tím také schází [the people you choose to work with can also cause your demise]. I think what we're dealing with here is a very dangerous double-edged sword.