Castles not on the map

"I'VE found it!" A cry like that of Columbus' scout when he spied land summoned the team of searchers, scattered around a forest. They gathered together, excited at the find: a hole in the ground that to a layman would be meaningless but which was, in fact, part of a castle moat. 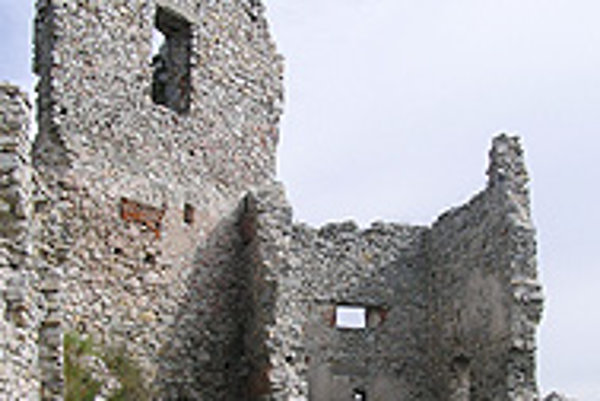 Font size:A-|A+0
"I'VE found it!" A cry like that of Columbus' scout when he spied land summoned the team of searchers, scattered around a forest. They gathered together, excited at the find: a hole in the ground that to a layman would be meaningless but which was, in fact, part of a castle moat.

The joy at the discovery is huge for this team of "castleologists". They came together because of a common interest in Slovak castles, which goes far beyond the visible remains. The hobby also has a wider importance: all the finds will be made available on a map for the general public.

"Many of Slovakia's castles are ruins, often to which no trail leads," explains Igor Ďurič, the team's leader. "The map will help those interested in seeing them."

The map, complete with photographs and Slovak and English descriptions of the castles' history, locations and legends, should come out by the end of next year. It will feature around 550 localities, on which still stand or once stood medieval fortified defences, dating from early feudal times, when stone castles began to be built in Slovakia following the Tartar invasion in 1240, to the end of the gothic period.

The money collected from selling the map will go on repairs to Oponice castle.

Ďurič says there are 109 castles registered in Slovakia as cultural monuments. Specialized literature lists another 400 castles, fortresses or fortified monasteries. He explains that in the places of many fortifications manor houses were erected and many castles were destroyed 600-800 years ago, known about only through old documents or topographic titles.

"It's quite a number. Due to the political and geographical position of Slovakia, which used to be the north-western border of the Hungarian monarchy, there were a lot here. However, if you asked an ordinary Slovak how many castles he knows, he will name you a maximum of 20. Notwithstanding that, people are interested in the theme, as the castles are often situated in interesting places," he says.

The lack of literature, and maps which show only preserved edifices, as well as people's interest in history, motivated the group to undertake their mission.

In his high school days, the businessman regularly participated in excavations. After he married and had a family, he passed on his enthusiasm to his children, his first partners in castle discovery.

"It all started spontaneously. I didn't want just to sit with my children at home or at a playground. I think it was in 1998, when I started to take them out to nature. The younger, my son Janko, now 11, has visited over 150 castles and various fortresses with me since he was four."

As the children grew, Ďurič learned of more and more castles, digging deeper and deeper into specialized literature and talking to archaeologists and historians. Consulting with archaeologists is mutually advantageous, as Ďurič's team is able to report to them on their experiences from the "front line". Later Ďurič's friends joined him in his quest.

Usually the team goes on an expedition lasing several days. They often climb five castles a day, twice a year, once in spring and once in autumn. On other days they go on one-day trips, within 200 kilometres of Bratislava.

When they find what they are looking for, they compare the reality with the literature, which is often more than 30 years old, take pictures, and then mark the location on the map. They christen the location with a splash of good brandy and explore the surrounding area, examining historical churches and interesting natural locations. Or they end up in a pub near the castle talking to the locals.

Ďurič and his team have so far visited around 300 locations. Occasionally they find they have climbed the wrong hill, so they have to go down and start again. Sometimes they have to jump over fences, push their way through wild rose bushes, or wade through a river or stream to get to the castle remains or to get a good view of it. Whenever they have to enter private land they seek out the owner and explain why they need to cross the land. That is, unless the owner hunts them down as in the case of Veľké Uherce, which they recently visited.

"This way we make lots of friends and meet interesting people," says Ďurič, who recounted the story of meeting an 80-year old woman. "It was difficult to explain to us the right location so she got into our car and showed us the way to the place. While we searched for the castle location she picked mushrooms and told us to hurry as she had no time to fool around as she had to cook!"