Can a reality show alter reality?

"BIG Brother is not just a TV show. When you start watching it, you start living differently. Because Big Brother is actually you - the TV viewer!" 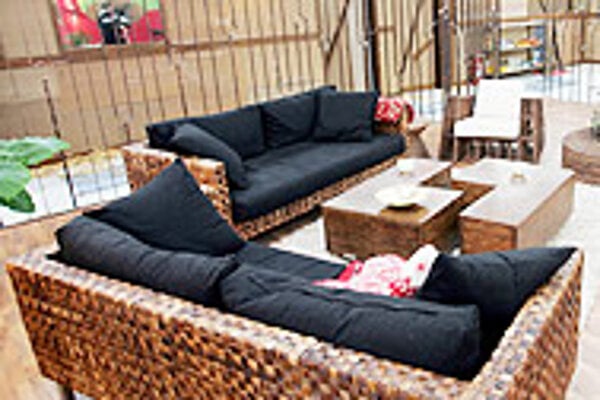 Font size:A-|A+0
"BIG Brother is not just a TV show. When you start watching it, you start living differently. Because Big Brother is actually you - the TV viewer!"

This hugely popular international TV reality show has now entered households in 36 countries. Last Sunday Slovakia became country number 37, with its own version of Big Brother. Sixteen competitors have been installed in a specially built house where they will spend 106 days, half in luxury and the other half under harsh, spartan conditions.

Shows such as Big Brother are becoming as common a part of the cultural landscape in Slovakia as they are in most other countries. Many are asking if such cheap thrills threaten our values. What will be left once this phenomenon sweeps over the nation?

The first reality show to break onto the Slovak scene was Million Girl, which hit TV screens last autumn. This was soon followed by Slovakia is Looking for a Superstar, Slovakia's version of Pop Idol, which produced near hysteria in living rooms across the land. These two shows are better described as talent competitions. But with the arrival of Big Brother the "real" reality show firmly establishes itself in Slovakia.

Leading commercial TV station, Markíza TV, warmed the audience up at the start of the year with controversial moneybags couple the Mojsejs', who were offering Sk2 million (€50,000) to the winner of their show.

A few weeks ago, Markíza's direct competitor - TV Joj - introduced VyVolení, a show inspired by Big Brother and which had problems with Big Brother's licensor, Dutch company Endemol. Now Markíza is ready to feed Big Brother to a hungry audience.

All the new "real" reality shows are based on the same principle: follow every step of a group of people locked up together for a certain number of days in intimate detail and see how low they will go to win a bag of money. These shows reduce entertainment to watching the unfolding "drama" of people fulfilling their basic human needs. However, the productions are cheap and attract large audiences: in short, they are the answer to TV executives' prayers.

In the Czech Republic, Big Brother and VyVolení are watched by a quarter of the population, intellectuals in-cluded. Sociologists and psychologists say that for various reasons Slovak viewers will switch on to Big Brother, just as they have done in every country the show has aired. There is no need to panic though, sociologists and psychologists say there should be no immediate impact on Slovaks' behaviour.

"We don't have to fear that as an outcome of these programmes we'll lose the urge to understand Shakespeare," said sociologist Zuzana Kusá.

Experts see the popularity of the reality show following the same trend as in the rest of the world. That is, after huge initial interest, its popularity will drop.

" It shows man his lower instincts, which have been taboo in our society until now. Therefore people watch it out of curiosity," psychologist Eva Jaššová told the daily SME.

The shallowness of the reality show will in the end be its downfall. The "celebrities" that the programmes so quickly create will be here today and gone tomorrow. Celebrity TV spots and magazines will return to featuring more substantial celebrities.

On the other hand, Kusá says the reality show phenomenon will not disappear without a trace, and its influence will spread. Its influence is already seen in the increasing permissiveness on TV.

"What is happening in front of the cameras - promiscuity, vulgarity, intrigues - is being excused as a game that is subject to no common rules.

"Nobody cares that it can weaken our everyday consciousness," the sociologist remarked.