SLOVAKIA requested that the Russian Federation not reduce oil supplies to Slovakia, an instant reaction to information that Russia planned to export 40 percent less oil than last quarter of this year. 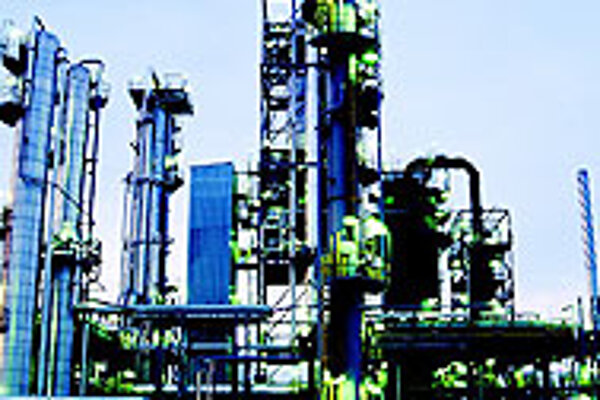 Font size:A-|A+0
SLOVAKIA requested that the Russian Federation not reduce oil supplies to Slovakia, an instant reaction to information that Russia planned to export 40 percent less oil than last quarter of this year.

The Hungarian news wire MTI reported that instead of the 1.5 million tonnes agreed to in the bilateral Slovak-Russian treaty to be delivered quarterly every year until 2014, only 960,000 tonnes would be allocated to Slovakia.

Reportedly the volume withdrawn from Slovakia would be re-directed to the Czech Republic.

"Based on a letter written by [oil refinery] Slovnaft, I have sent a letter to the Russian minister of energy requesting the Russian side to keep the agreement," acting Economy Minister Ivan Mikloš told the press.

At this point the Slovak Foreign Affairs Ministry is not considering getting involved as the ministry serves only as a depository for the agreement, while the Economy Ministry is responsible for the execution of the intergovernmental agreement.

Slovnaft, however, still believes in the binding nature of the deal.

"Slovnaft believes that the Russian party will keep its obligations flowing from the intergovernmental agreement between Slovakia and the Russian Federation, which talks about the supply of 6 million tonnes of oil annually," Slovnaft spokeswoman Kristína Félová told The Slovak Spectator.

"The oil refinery, in the same way as the MOL group, has contracted with the Russian partner a sufficient volume of oil. However, it is the Russian ministry of energy in cooperation with the state-run logistics and distribution company Transneft that decides on the timeline of the supplies," she added.

What are the alternatives for Slovnaft in case Russia starts trimming down the oil supply to Slovakia?

"At this point it is a premature question, as Slovnaft still believes that the Russians will keep the contract. However, an alternative under certain circumstances could be the Adria pipeline," Félová said.

European customers dependent on Russian oil experienced several problems with supplies in the mid-90s and were forced to buy the same oil through third-party firms that were believed to have close ties with the Kremlin.

The Slovak media suspects that the move to reduce oil supplies is motivated by efforts to get Slovakia to buy the oil once more through third-party firms.

"It seems that the energy lobby is strong in the Kremlin. A certain interest group is trying to block the entry of foreign capital and distribute the profits among the political elite and their friends," Ján Tóth, chief economist with ING Bank, told the daily SME.

The news inspired immediate guesswork as to fuel prices, with some guesses climbing as high as Sk60 (€1.56) per litre. Slovnaft is the dominant oil company on the Slovak market.

When asked about eventual price increases, the Slovnaft spokeswoman refrained from commenting except to say that Slovnaft did not start speculations.

After continuing problems with Russian oil giant Yukos, Slovnaft signed a contract with the privately held Lukoil, which, along with the state-owned Rosneft, are the biggest competitors to take over Yukos' position. MOL buys 60 percent of its crude oil from Yukos for its refineries.