SOME say that small and medium-sized businesses in Slovakia are underdeveloped and that this is what is keeping the country from reaching its full economic potential. Thanks to the vast supply side in the auto industry's supply chain, however, business experts think Slovakia has an unprecedented opportunity to nourish this underfed sector. 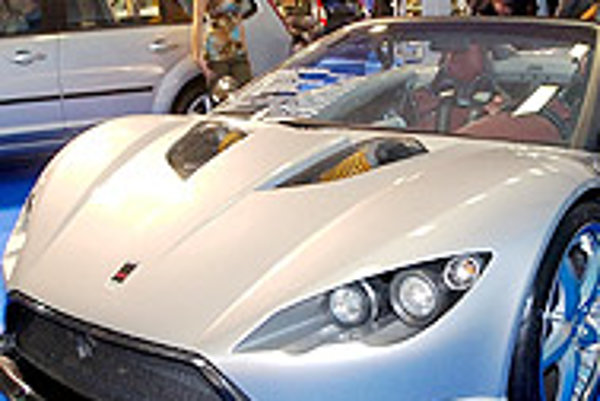 SOME say that small and medium-sized businesses in Slovakia are underdeveloped and that this is what is keeping the country from reaching its full economic potential. Thanks to the vast supply side in the auto industry's supply chain, however, business experts think Slovakia has an unprecedented opportunity to nourish this underfed sector.

PSA Peugeot Citroen and KIA Motors Slovakia, both set to start full car production at their new Slovak plants in 2006, are still gathering their network of car component suppliers.

Insiders see the growing demand for car suppliers, particularly in the Tier 2 market, as an excellent way for Slovakia to grow the small and medium-sized enterprise (SME) sector and boost the overall level of the economy.

And even while car makers building new factories in Slovakia generally rely on Tier 1 suppliers from their country of origin, even these Tier 1 companies gradually move their production to Slovakia, mainly to cut transportation costs. Analysts give Volkswagen with its 10-year history as an example.

Jozef Uhrík, the former president of Volkswagen in Slovakia said on a discussion forum organised by the Hospodárske noviny daily that Volkswagen currently has its Tier 1 suppliers located in industrial parks near its plant in Bratislava.

According to Uhrík, lowering logistics costs are the main reason. "We made [our suppliers] locate here and lower logistic costs," Uhrík said during his presentation. The former Volkswagen president concluded that under cost pressure, car manufacturers would be forced to pressure suppliers to lower costs, and suggested that suppliers would have to find solutions to lowering them, such as moving closer to where the cars are manufactured.

Volkswagen's largest suppliers such as Plastik Omnium, Energi, and Delfi are based in industrial parks located in Devínska Nová Ves in Bratislava, in Lozorno, Senica, Stupava, Nitra and other places near the Volkswagen plant. At the time, investments into the industrial parks represented about Sk10 billion (€260 million) and created about 9,000 jobs.

KIA Motors Slovakia, expected to start production in October 2006, has already selected the majority of its Tier 1 suppliers. Selection of its Tier 2 and other suppliers continues.

KIA indicated that it would have 10 Tier 1 suppliers, mainly Korean companies that would build new facilities in Slovakia. These supply companies are expected to create around 5,000 new jobs. Approximately 75 percent of KIA's deliveries will be from companies based in Slovakia.

"The reason that our Tier 1 suppliers are coming to Slovakia from Korea is based on our long-term cooperation on the global level and our shared experience. When building a new plant in a new region, in most cases, an investor brings a majority of its suppliers to the project," Dušan Dvořák, the head of the communications department at KIA Motors Slovakia, told The Slovak Spectator.

According to Dvořák: "Slovak companies have potential to become Tier 2 suppliers. It is up to Tier 1 suppliers to make the selection process. They [Tier 1] have to choose the best sub-suppliers so they can deliver the best products to KIA."

Although PSA Peugeot Citroen has partially started production at its plant in Trnava, its network of suppliers is not yet complete. It is expected that the company should have all of its suppliers in place by January 2006.

Unlike KIA, which must build a network of suppliers in Europe from scratch, PSA is relying on suppliers that are already based in Europe.

According to Trend, a business weekly, a majority of PSA's Tier 1 suppliers will come from France, Germany and Italy. Approximately 15 percent of its supplies will come from Central European countries such as the Czech Republic.

However, even its Tier 1 suppliers do most of their component assembly works in industrial parks near the auto maker's plant in Trnava, such as Faurecia, Valeo, Inergy, Premier, and Streit.

Later, like in the case of Volkswagen, there is a chance that these Tier 1 companies will move their production facilities to Slovakia. Faurecia has already decided to build a plant in nearby Hlohovec, for example.

ACCORDING to Dušan Dvořák, the head of the communications department at KIA Motors Slovakia, local car component suppliers have the same chance to do business with KIA as its current business partners. All they have to do is fulfil KIA's requirements: quality, competitive pricing and timely delivery.
Although KIA Motors Slovakia has chosen some Slovak companies to be part of its Tier 1 supplier team, the company will reveal them only after it starts production. Its current approved list of suppliers is as follows:

Note:PSA Peugeot Citroen Slovakia has not released the list of their main suppliers