A TRAVELLING worldwide exhibition of illustrations for children called Magic Pencil made a brief stop in Bratislava from September 19 to October 3. The show, an initiative from the British Council, has been ongoing since 2002 and features 13 British illustrators. It was in Slovakia as part of the Biennial of Illustrations in Bratislava (BIB) festival. 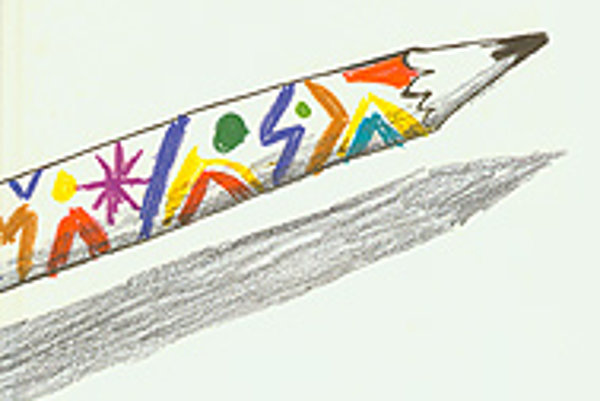 Font size:A-|A+0
A TRAVELLING worldwide exhibition of illustrations for children called Magic Pencil made a brief stop in Bratislava from September 19 to October 3. The show, an initiative from the British Council, has been ongoing since 2002 and features 13 British illustrators. It was in Slovakia as part of the Biennial of Illustrations in Bratislava (BIB) festival.

The exhibition leaves Bratislava at the start of this week but readies to open at Museo de Arte Contemporáneo Juan Astorga de Mérida in Venezuela on November 1. It shows how today's illustrators reflect contemporary issues and is a useful tool for teachers of English. Most importantly for those of us still in Slovakia, it is available online.

Featured illustrators include Raymond Briggs, creator of the classic The Snowman; Posy Simmonds, a cartoonist and storyteller for adults as well as children; and Patrick Benson, illustrator for works by Kenneth Grahame, author of Wind in the Willows, and Roald Dahl, one of the most popular - and prolific - authors of children's stories ever.

"I think the most important thing that an illustrator has to do is provide lots of visual clues, bits of information, rather like snapshots, that will act as a sort of springboard for the imagination," Benson comments.

Perhaps it is these "visual clues" that make illustrations for children such a potent resource for language teachers. Teachers of English know full well that engaging their students' imaginations is the key to successful learning. Also, using texts from real life can prove far more stimulating than specially written educational texts.

With this in mind, the British Council engaged young learners' specialist Carol Read to write English-language teaching material using some of the books featured in the Magic Pencil. The materials can be downloaded from the Magic Pencil website at no cost. All the teacher needs is a copy of the storybook in question.

At the primary level there are exercises based on Cloudland, by John Burningham, and I Will Not Ever EVER Eat a Tomato, by Lauren Child. Language teachers will be able to offer practice in speaking, listening, writing (and drawing) using the materials. At this level the teacher is encouraged to use the books' back and front covers, to stimulate the imagination and get children to speculate on the characters, the settings and the plots the stories tell.

The materials for secondary level students are based on Clarice Bean, That's Me! by Lauren Child, and Dear Diary, by Sara Fanelli. In addition to language skills these exercises are designed to raise learners' cross-cultural awareness by comparing these writers and illustrators with storybook authors in their own country.

They also get students to think about ideas of citizenship and civic responsibility and have a particular focus on the family. One particular aspect of these materials for secondary-level students is the use of drama in learning English.

All in all, the Magic Pencil is a magnificent door onto a world of imagination, narrative and learning. To check that out, see http://magicpencil.britishcouncil.org.