FOR the first time, people from Eastern Europe are sending aid packages to the West. In this case though, the aid is part of an art project and the help comes in the form of objects that symbolize things the artists think people in the West lack. 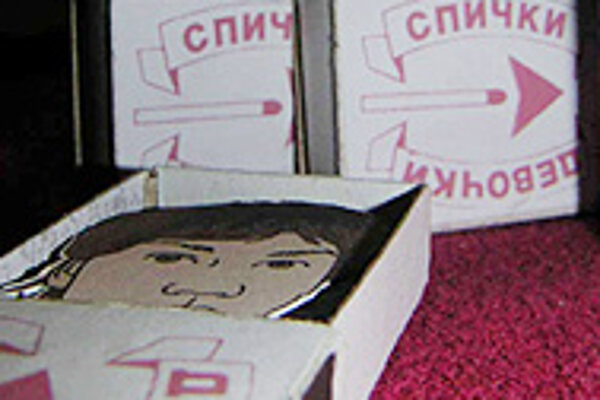 Font size:A-|A+0
FOR the first time, people from Eastern Europe are sending aid packages to the West. In this case though, the aid is part of an art project and the help comes in the form of objects that symbolize things the artists think people in the West lack.

A German car picked up around 50 parcels from the Žilina-Záriečie Station culture centre and took them to the Berline westGermany Gallery in Berlin on September 22. The German gallery will exhibit the parcels' contents from October 7 to 8. They will then be donated to German citizens.

"Of course, we didn't think of money or health and hygienic needs, which regular aid parcels contain. We mainly thought of idealistic aspects and values," said Sara Lehn, a former volunteer at the Žilina-Záriečie Station and new curator at the gallery in Berlin.

A small group of German students formulated the project. They took the idea to young artists, mainly from Central and Eastern Europe, who then mused for about four months on what folks in the West lack.

A young woman from Moscow presented small matchboxes in each of which was an image of a girl. The girls could offer German men love, the artist explained, since German women do not have enough love to give. A young Slovak woman packed empty jars, each containing a joke recipe for homemade marmalade. Lehn explained that the Slovak artist probably wanted to encourage consumers to use their creativity at home, and not simply shop. A Ukrainian artist packed soil, a potato and three beans. His contribution was a reaction to hearing that Hitler desired Ukrainian soil during World War II, in the belief that it was more fertile.

The young German curator said she was interested in emergency aid parcels that the West once sent to the East. She also wondered how people reacted when they opened the packages.

"They often contained unnecessary or useless things for the given situation," explained Lehn, who has researched the matter and talked to people who received the emergency aid packages during times of war and conflict.

By reversing the traditional direction of emergency aid, the project encourages thinking about what someone in a developed country, who has the means to buy basically anything, still lacks. The German curator, who spent time east of her country's border, felt that people in Eastern Europe could better answer this question.

All reactions and results relating to the project, including interviews with the future German owners of the Eastern European art packages, and relevant historical studies on the subject, will be documented in a catalogue. The catalogue will be ready in February, and available in English on the Žilina-Záriečie Station website (www.stanica.sk).