Stoka plans to walk on water

THE STOKA theatre held a concert in aid of victims of hurricane Katrina. But Bratislava's avant-garde theatre itself needs a helping hand. 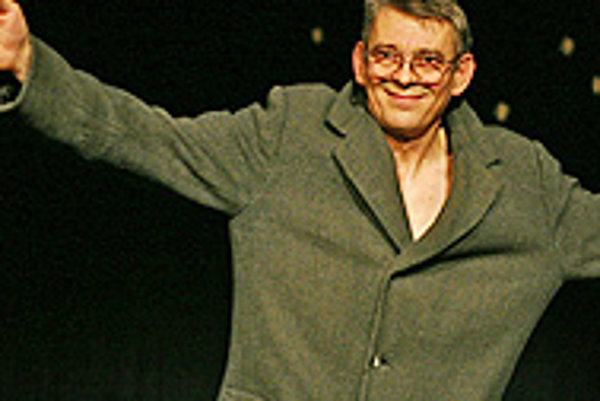 Font size:A-|A+0
THE STOKA theatre held a concert in aid of victims of hurricane Katrina. But Bratislava's avant-garde theatre itself needs a helping hand.

The theatre has to move out of its premises at Pribinova 1, near the centre of Bratislava, after residing there since 1992. The former industrial zone on the left bank of the Danube is undergoing massive development, and Stoka is not part of the plan.

To a certain extent Stoka's story resembles that of CBGB's, the New York City punk landmark that gave bands such as The Ramones, Blondie and the Talking Heads their big breaks. Both Stoka and CBGB's lack the money to pay the high rents now levied on city centre premises.

But while CBGB's fans mounted a concerted campaign to persuade the city's mayor to enable them to stay put, Stoka's supporters nourish a different hope.

International developers Ballymore Properties, which will convert the Pribinova area into a luxury hotel, casino and cinema zone, has promised Stoka that it can stay at its present location until April 2006. Furthermore, the developer says it will help Stoka find a new location after that date.

"Somebody told me: 'Go on a boat, there you won't be in anybody's way'," laughs Stoka's director Blaho Uhlár. Knowing his highly individualistic and rebellious character, there is no wonder Uhlár suggested the idea to the developer's management.

Somewhat surprisingly, Ballymore agreed. The company (unofficially) suggested relocating Stoka on the Danube, on a float or a boat, an idea already put to work by Prague's Theatre of Brothers Formanů, the nomadic theatre that professes the "charm of the journey".

"If we get on anybody's nerves again, they can just send us downstream," Uhlár ironically remarks.

In general though, he welcomes the idea, particularly as it would preserve the theatre's independence.

Stoka has had a rocky history. Uhlár's sometimes sharp comments meant that the Mečiar government cut its funding from 1996 to 1999, and the theatre survived only thanks to a Swiss NGO. The new governemnt granted Stoka Sk2 million (€52,000) but asked for Sk1.8 million (€46,000) back because the theatre did not stick to the rules of their agreement.

Bratislava's town council took the theatre to court at the beginning of 2005. Its lease with the city at Pribinova 1 ended but the theatre refused to clear out. Half a year prior to that it had tried to attract attention to its plight by inviting leading artists to paint pictures on its walls.

"We'll probably lose the case with the town," says Uhlár, "as we will, unfortunately, lose the wall paintings when we move on to the water."

Despite its turbulent existence, Stoka looks likely to last past its 15th anniversary, on March 23, 2006.

This is an achievement, since many believed Stoka would not survive its first wild year in 1991. Uhlár explains that the theatre has kept going thanks to his closest partners, Lucia Piussi and Erika Lásková, who take on all the challenge of running an independent theatre.

"I didn't know we had such an instinct for self-preservation. I thought Stoka would simply die. We didn't search for a new place [when the contract expired]," Uhlár admits.

His stubbornness did not allow him to cooperate with cultural centres and Bratislava's district officials, which is what other popular independent theatres such as Gunagu and Aha do. He trusted his "dying" theatre project to the hands of destiny and waited. Since the death knell did not sound immediately, his instinct for survival gradually revealed itself.

In moving to a new location, Stoka may not regain the powerful identity it had in the 1990s, but at least it should recover enough confidence to replace its website photo of King Kong crushing it to bits.