This week, the Swiss Ambassador to Slovakia, Josef Aregger, connects with our readers as part of The Ambassadorial Club, a weekly column in which foreign diplomats are invited to share their experiences, both positive and negative, of Slovakia with The Slovak Spectator. 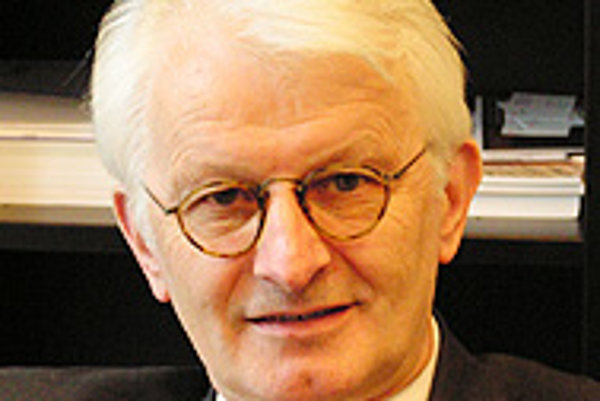 Font size:A-|A+0
This week, the Swiss Ambassador to Slovakia, Josef Aregger, connects with our readers as part of The Ambassadorial Club, a weekly column in which foreign diplomats are invited to share their experiences, both positive and negative, of Slovakia with The Slovak Spectator.

Nowadays it's easy to familiarize yourself with a new country before you even arrive. Thanks to the Internet, you can discover that Bratislava offers plenty of shopping opportunities at Tesco and Carrefour and others that will make potential visitors feel right at home. You can learn that Café Mayer serves up a first-class Sachertorte, and that foreigners considering relocating can choose between several interna-tional schools in the country's capital. All of this ensures newcomers that it is possible to carry on with his or her usual living habits far from home.

The real world looks - fortunately I am inclined to say - quite different.

My family and yours truly came to Bratislava in early January of this year. We were positively delighted: spring-like temperatures were waiting for us and eased the move of all our belongings into our new home situated on a typically steep slope under the Bôrik Hotel.

The four-wheel drive vehicle requisitioned by the driver of the Swiss Embassy seemed hardly necessary.

The openness and helpfulness of those around us made it easier for us to settle comfortably into our new environment.

We went enthusia-stically on reconnaissance tours in the Old Town with its numerous restaurants and marvelled at the gigantic shopping centres all over the city.

We noticed to our satisfaction the generous opening hours (different from Switzerland) that allow professional people to do their shopping without stressing for time.

The boxes were hardly unpacked, however, before the harsh continental climate caught up with us.

It seemed as though my family and I were the only ones astonished when the garbage men simply failed to show up one day: there was simply too much snow! People took it as a matter of course that the steepest of the city streets would not be cleared for days and that cars would have to be left abandoned curbside.

We had arrived in a country where citizens had learned to live with situations they cannot change. They simply do not bother about them unnecessarily.

"Nie sme vo Svajciarsku" is henceforth the explanation for many questions arising in everyday life.

A good example is the most recent architectural displays in the Slovak capital where - unlike orderly Switzerland - the imagination of landlords does not meet with the limitations set up by governmental regulations.

Building owners can seemingly fulfil their wildest dreams which elsewhere (well, at least in Switzerland) would quickly be shattered by the bureaucratic gavel.

In Slovak politics, there seems to be room for creativity as well. Whereas "old" democracies often approach problems with prejudices, Slovakia is able to apply new recipes, and with remarkable success.

The 19-percent flat tax, the new pension policy and the health reforms were put in force within one year.

In Switzerland, much more modest reforms are being discussed and we calculate that it will be at least five years before they are implemented.

Indeed, the country between the Danube and the High Tatras, between Ukraine and the Czech Republic might come up many positive surprises for us. I am looking forward to attentively observing the upcoming developments.