AN ERA of unrestricted wheeling and dealing between foreign investors and individual politicians comes to a close as Slovakia introduces clear rules regarding state-sponsored support for foreign investors. 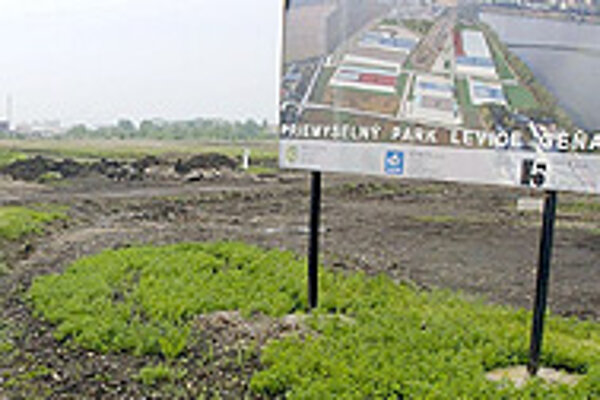 Font size:A-|A+0
AN ERA of unrestricted wheeling and dealing between foreign investors and individual politicians comes to a close as Slovakia introduces clear rules regarding state-sponsored support for foreign investors.

Hankook asked for state support worth 21.3 percent of its investment. After the cabinet refused to meet the tyremaker's demands, Hankook re-opened negotiations with Slovakia's neighbours.

Finance Minister Ivan Mikloš has been critical of Slovakia's inclination to attract foreign investors at any price and has long advocated establishing clear rules on incentives.

Mikloš believes that the country's failure to set guidelines has resulted in fewer foreign investments overall and thus created fewer jobs than what Slovakia could have achieved. And he said the country has used public funds to pay for investment incentives far more often than it would have if clear rules had existed.

The Nitra, Banská Bystrica, Prešov and Košice regions, where unemployment exceeds 10 percent of the total number of working-age people, will be considered green. The Bratislava, Trnava, Trenčín and Žilina regions fall under the yellow zone.

The sectors of the economy will be divided to three parts. Sector A covers the processing industry and investment projects dealing with new production units and distribution and logistics centres. Strategic investments in the high-tech industry comprise Sector B, while Sector C covers research and development centres, including technological development centres.

The state will also evaluate the employment structure provided by the investor and base incentives on whether or not the investment can potentially attract additional investors. The government is eager to create the rules in such a way to encourage investments with higher added value.

The plan also introduces a ceiling for incentives in relationship to their total estimated value. Investments such as research and technology centres, determined to create the highest added value, will receive the largest volume of incentives.

Investment projects with the lowest added value, such as those in the processing industry, will receive the smallest volume of incentives.

The Council of Ministers with Economic Portfolio advised the cabinet to approve the rules on October 3.

Analysts agree that the lack of rules threatened the country's credibility in the eyes of investors. Admittedly, some saw it as a loophole to negotiate favourable conditions that they could not have received elsewhere.

Experts also say that an absence of rules automatically put some investors at a disadvantage while giving other, more powerful players an advantage.

"The lack of rules resulted in the state taking an uneven approach towards investors. It was difficult to guarantee that the state would be fair towards all," Miroslav Šmál, an analyst with Poštová banka, told The Slovak Spectator.

Above all, a lack of rules brought unnecessary delays to the process.

According to Šmál, the Slovak Investment and Trade Development Agency (SARIO) was crippled in its role as support agency, since without rules, it could not give investors a general idea of what the country could offer them.

"This situation resulted in the investors turning directly to the Economy Ministry and entering negotiations. Due to the lack of clear rules, the ministry obliged itself to things that the country could not fulfil, such as [purchasing land and building a highway] in the KIA investment. It became obvious that deadlines could not be met," Šmál said.

According to Minister Mikloš, concerning the KIA investment, the cabinet thought that Sk1.3 billion (€30 million) of state aid was needed to build infrastructure. After Pavol Rusko's dismissal, the cabinet learned that these expenditures would reach Sk2.9 billion (€80 million).

SARIO has been calling for clearer investment stimuli rules for some time.

"The agency needs to have clear rules on what incentives can be offered to which types of investors when submitting bids to investors," said the head of SARIO, Roman Kuruc, in an earlier interview with The Slovak Spectator.

Mikloš has previously said that SARIO has not known the volume of stimuli it should offer to investors.

According to Šmál, most countries have rules governing state assistance that help make up the country's national economic strategy.