INDIAN businesses view Slovakia as a promising business environment and more importantly as a gateway to the European Union's markets. The Confederation of Indian Industry in cooperation with the Indian Embassy to Slovakia brought Enterprise India to Bratislava, a trade fair designed to facilitate Slovak-Indian joint ventures. 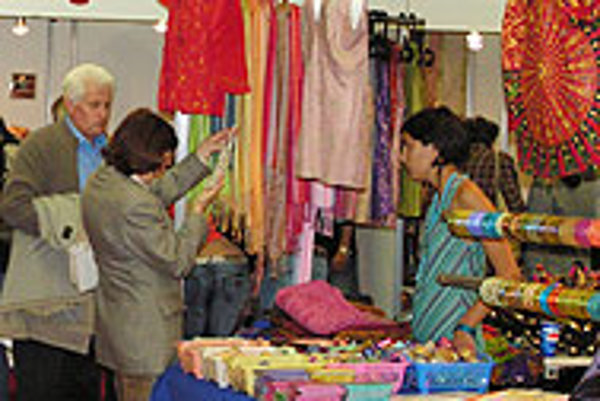 Font size:A-|A+0
INDIAN businesses view Slovakia as a promising business environment and more importantly as a gateway to the European Union's markets. The Confederation of Indian Industry in cooperation with the Indian Embassy to Slovakia brought Enterprise India to Bratislava, a trade fair designed to facilitate Slovak-Indian joint ventures.

Enterprise India took place between September 27 and October 3. Organizers said the goal was to plant the seeds for long-term trade relationships and promote awareness about India among the Slovak public.

Although Enterprise India is a trade fair in its 19th year, this marks the first time it has come to Central Europe. "We are already getting good responses and there is a good prospect that we will be able to set up joint ventures with Slovak companies," Deputy Director of the Confederation of Indian Industry Sumit Suri told The Slovak Spectator.

According to Suri, Enterprise India's appearance in Bratislava is only a start and it could well happen that a tradition of Indian trade fairs will develop in the region.

Indian Ambassador to Slovakia, MK Lokesh, agreed that the fair was a modest start to rekindle business interest between India and Slovakia. He explained that the exhibition focused mostly on small and cottage products of India.

The Bratislava exhibition showcased products that included fashion garments, bio-pharmaceuticals, textiles, jewellery and furniture. "A Made in India show displaying a wide array of industrial products, ranging from hand tools to CMC machines and IT products, will be organized in the near future," Lokesh said.

Suri hopes that the Confederation of Indian Industry will be able to organize a trade fair next year.

"Slovakia is perfectly situated for developing trade. It is a gateway to the European Union. It is the best manufacturing base that Indian companies can get in the EU. The cost of doing business is very favourable in Slovakia," Suri added.

About 35 Indian business people coming from various regions including Hyderabad, Mumbai and Delhi, brought their products to Slovakia.

Last December, during President Ivan Gašparovič's visit to India, he said that Slovakia was interested in improving its trade balance with India by diversifying exports and extending India's business activities in the country.

Gašparovič's visit coincided with an economic forum featuring 12 firms from Slovakia and 80 from India.

India's progress over the past decade is equally striking. According to The World Fact Book, the Indian economy has posted an excellent average growth rate of 6 percent since 1990, reducing poverty by about 10 percentage points.

The latest available figures show India's trade turnover with Slovakia at $69.6 million in 2003, according to the official website of the Embassy of India in Bratislava. Slovakia's exports amounted to $24.5 million, while its imports stood at $45.1 million.