JEWELLERY, a symbol of beauty and wealth in all historical periods, reveals the tastes of those who wore it, as well as the style of craftsmanship prevalent in any given era. Even a tiny piece of jewellery made of precious stones is representative of its time. 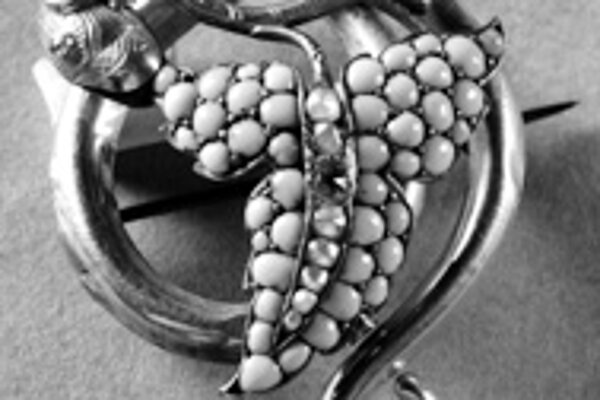 Font size:A-|A+0
JEWELLERY, a symbol of beauty and wealth in all historical periods, reveals the tastes of those who wore it, as well as the style of craftsmanship prevalent in any given era. Even a tiny piece of jewellery made of precious stones is representative of its time.

The 19th century was a period in which various styles of jewellery came to the fore. A display at Bratislava castle's Historical Museum, shows an array of highly artistic works in different styles from the period. The items come from the museum's large jewellery collection.

The display features a few pieces from the period of Empire at the start of the century, an interesting collection of Biedemeier jewellery and imitations of various historical styles. Art Nouveau is represented very modestly.

As well as being an exhibition of precious objects, the jewellery provides insight into social developments in the era. The rise in machine-made products in the 19th century gave rise to a demand for cheaper products, and jewellery making ceased to be an elite craft. Even so, the use of precious materials, a certain level of craftsmanship and the use of an array of styles, remained.

The range of materials, colours and motifs, changed. The most popular motifs included the cross, anchor, heart, joined hands and a snake coiled into a circle as an image of eternity.

This era is also notable for its nostalgia for period jewellery. This gave origin to hair jewellery in the form of rings, bracelets, necklaces, and brooches. Such jewellery was often engraved with a monogram, date, dedication or number. The second rococo period arrived and decorative motifs of leaves and fruit, branches and pansies for earrings, brooches, necklaces and pendants became popular.

Museum keepers at the castle began to collect jewellery in the 1940s. Systematic and intensive acquisition efforts took place from the 1960s to the 1980s, when people from the former middle and upper classes sold their ancestors' property. These were difficult times, financially, and people survived by selling the family jewellery.

The exhibition gives visitors a view of some beautiful historical jewellery and opens the door onto a time of great social and economic change.