THE SAGA of the new KIA car factory in Žilina continues. Further complications surrounding the purchase of land required to build an industrial access road to the site means that Slovakia might not be able to meet its contractual agreements with the Korean investor. 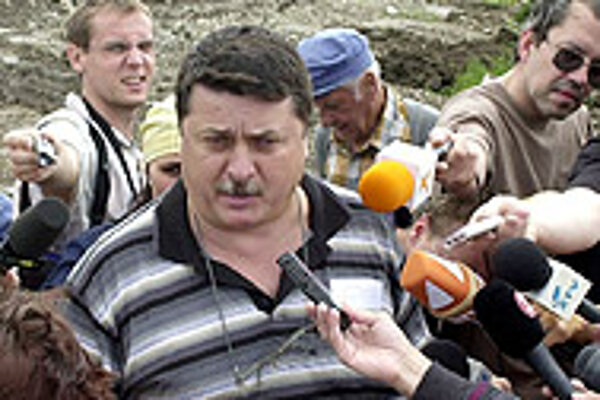 Font size:A-|A+0
THE SAGA of the new KIA car factory in Žilina continues. Further complications surrounding the purchase of land required to build an industrial access road to the site means that Slovakia might not be able to meet its contractual agreements with the Korean investor.

In an effort to turn the deal around, newly appointed Economy Minister Jirko Malchárek dismissed Stanislav Vinc as the project's general manager on October 7 for "bad management".

Malchárek also asked Žilina's mayor, Ján Slota, to fire Vinc as the authorized representative of Žilina Invest, the company in charge of the KIA construction project.

"People have not been told the truth about the construction project," Malchárek said, referring to an incident in which Žilina Invest gained access to private land under the pretence of conducting archaeological research.

The Žilina District Court issued a preliminary injunction on August 16 forbidding Žilina Invest from trespassing on the 23,960 square metres of private land that the state was in the process of buying to make way for an access road in the proximity of Gbeľany and Mojš villages.

In a statement made to the daily SME, former Economy Minister Pavol Rusko confirmed that construction continued despite the court's verdict.

On July 14, the director of the Archaeological Institute of the Slovak Academy of Science, Alexander Ruttkay, told the daily SME that archaeological research was being conducted only on sites on which the land had been previously purchased.

Vinc remained silent in the face of Malchárek's decision to sack him.

"I would rather not comment. It is his right [to do so] and I consider it a political decision," Vinc said.

Malchárek admitted that the blame for the KIA land mismanagement cannot fall on the shoulders of a single person but that Vinc's "shared responsibility for the situation cannot be doubted".

Defending himself, Vinc said: "I have done everything to make the project progress given the circumstances. I certainly do not feel responsibility for the failures nor do I feel that I have failed somehow."

"Malchárek is the new economy minister and we have to accept it whether we like it or not. Anyway, the main guarantor of the KIA investment is the Economy Ministry. The minister had the right to [fire Vinc] and I do not intend to comment on his decision because it would not benefit the situation," Slota told The Slovak Spectator.

Malchárek said he would require the newly appointed general manager to work within the framework of the legal system.

"Naturally this includes an obligation to respect conditions of construction law," he said.

This means that road construction meant to direct heavy traffic off commuter highways and away from towns and villages will not continue for now.

The government has initiated an expropriation process through the regional construction office in Žilina in order to obtain the land around the village of Gbeľany required for the industrial access road. In response to the move, the majority of landowners said they would sell their land. Expropriation proceedings will start with only three owners who have not yet resolved heritage rights to the land.

Legal representatives of the previously dissatisfied landowners, along with the City of Žilina and the Žilina Invest, signed an agreement to settle the issue October 10.

At least 30 owners are dissatisfied with the €9 per square metre offer for the land and want more.

"We'll act in accordance with the law. The agreement guarantees that the landowners will be paid Sk806 million (€20 million) in total," Malchárek said.

Even though the state agreed to pay all landowners their minimum asking price of Sk350 (€9) per square metre instead of the evaluation price of Sk140 (€3.6) per square metre, which some sellers accepted early on in the sales procestill refusing to part with their land at the elevated price.

In an angry response, the Finance Ministry said that all landowners would have to sell their land or no one would get a single crown.

Finance Minister Ivan Mikloš cooled down his rhetoric soon after, reminding landowners that the Finance Ministry had compromised by agreeing to pay everyone €9 per square metre. The finance minister admitted that the plant could be finished without building the acess road for which the land is needed. However, this would mean that heavy industrial traffic making its way to and from the car factory would have to pass through the village of Teplička nad Váhom.

Mikloš said that such a solution would considerably lower property values in the area as well as reduce the quality of life for the villagers.

The government wants the landowners to sign a Reconciliation Agreement. Upon acceptance of payment for their land, the landowners would agree to stop all previous lawsuits preventing construction and claim no damages going forward. Mikloš said that the cabinet would not be open to any further demands.

In another development, Slovakia will not complete a motorway linking Bratislava and Žilina by November 2006, as agreed in a different investment contract signed with KIA.

On September 12, Transportation Minister Pavol Prokopovič confirmed that the Sverepec-Považská Bystrica-Vrtižer stretch in the Trenčín region would not be completed until the summer of 2007.

On September 28, the Slovak cabinet tasked then-acting Economy Minister Mikloš to reduce the demands for additional public expenditures for the KIA investment by mid-October, the SITA news agency reported.

The increased demands on state assistance stems from the KIA's decision to increase its original investment to produce 300,000 cars per year instead of its original 200,000.

Magdalena MacLeod
contributed to the report