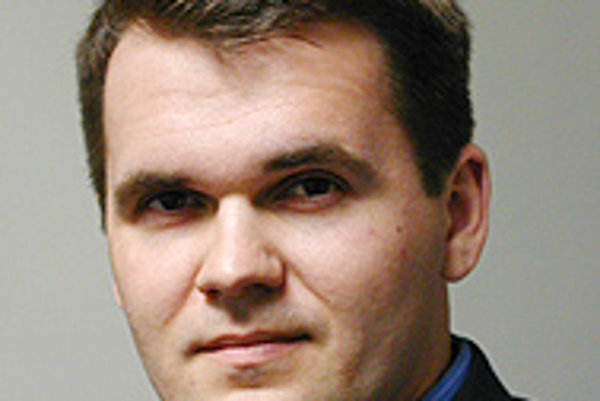 TSS: This is the first year that we can truly speak about the liberalization of the telecom market and the dismantling of Slovak Telecom's fixed-line monopoly, even though it was supposed by law to happen back in 2001. What are your feelings about the investment and regulatory environment in Slovakia, based on your experiences as an alternative operator waiting for liberalization to happen?

Juraj Taptič (JT): We need to differentiate between the investor's point of view and the regulatory point of view. The alternative operator market is a very demanding and very specific market because it is strongly influenced by the level of deregulation.

In general, Slovakia is at the moment one of the most attractive investment markets in the world. When we take a closer look at the telecom market, the progress of liberalization has been quite disappointing over the past three years. As a result, we are significantly behind the neighboring markets, even though we have made good progress in the last year.

TSS: Has it been frustrating for you?

JT:It's been very frustrating. It's been like being Don Quijote, tilting at windmills. But our experience of surrounding markets told us that it's often just a question of time. Unfortunately in Slovakia it took years, but we believe that now things will progress very quickly.

TSS: Why do you think it took so long?

JT: That's a very complex issue. First of all, the telecom industry is one of the top five industries in every economy, which means that it involves a lot of money. In Slovakia, the major telecom operator, Slovak Telecom (Slovenské telekomunikácie), was privatized relatively late, in 2000-2001. The process was poorly managed by the government from the very beginning, especially the timing, which was very late. Experience shows that it takes some time for the new investor to prepare the company for liberalization and to make the necessary changes. And in Slovakia's case, they simply had enough power to influence politicians and influence the market.

TSS: Does it often happen in Slovakia that the government favors larger investors at the expense of smaller investors?

JT: Not in 100 percent of cases. The point is that the Slovak market is quite small, and there's not much room for competition. The telecom industry was also somehow neglected for a long time, and the government spent much more time on the utilities sector and so on. But I don't blame the government, nor Slovak Telecom - they did whatever it took to protect their business. It's a complex issue, as I said.

TSS: How happy have you been with the work of the Telecom-munications Office? One criticism of their performance is that they don't have enough power to force operators to obey the rules.

JT: It's true that they used not to have enough power, just as it's true that they are financially dependent on the Telecom Ministry. But it's also true that in the past, they did only a fraction of the things that they had the power to do. We simply don't believe that there were some objective reasons they could not fight [to enforce their will], and we certainly never saw the Telecom Office fight seriously with the parliament or the government. I believe they had enough power to solve 90 percent of the issues they faced, and I openly say that there will have to be some personnel changes in order to make the Telecommunications Office effective.

TSS: The government has announced its intention to build a knowledge-based society in Slovakia. This will require greater availability of the Internet, which has always been held back because it has been too expensive. Do you think it is ready to take off, now that alternative operators will be able to offer competitive services?

JT: Liberalization itself is not a cure for all diseases. Prices on the market are one thing we all have to consider when we are entering the market. It is price sensitive, and it doesn't matter whether you're selling cars or telephones. Of course, competition has a good effect on the development of prices. More and more people can afford to pay for Internet these days, and I believe that Slovakia, specifically from the broadband point of view, is at the first stage when we are simply selling connectivity. But it will continue developing.

TSS: One of the mobile operators is about to introduce broadband internet access. Has the slowness of liberalization of the fixed-line market opened up data opportunities for mobile operators that otherwise might not have been there?

JT: Postponing the liberalization of the fixed-line market in Slovakia hurt the image of fixed-line telephony, and turned it into something old fashioned, slow or not dynamic, which is a pity because of course it's not true. Internet data services are the fastest developing services on the fixed line market, and will soon be the leader among fixed services. Unfortunately, broadband regulations in Slovakia were beneficial for ST, and left very limited room for alternative operators.

TSS: What is the future of broadband in Slovakia?

TSS: Labour is no longer that cheap in Slovakia, and soon will be reaching EU levels. With growing investments and development there is also going to be great competition for quality employees. Doesn't this to some extent contradict the image that Slovakia has built up for abundant, cheap and skilled labour?

JT: The telecom market is one of the most sensitive markets to the quality of staff. Basically, there are never enough good people. People are becoming more and more expensive, but they are often no better than they were a couple years ago. I often get the feeling that young people are becoming less dynamic or that they are not pursuing their careers as avidly as in the past. We are a very small country, and maybe the number of opportunities for people to gain experience is also very small. I often hear that Slovakia has a high quality of human capital, but it's becoming crucial to teach and train people.

TSS: Does this have to do with the quality of education and schools, or is it rather a cultural phenomenon?

JT: I think there's a big gap between the school system and real life in Slovakia, and it hasn't changed over the last five years. I would have expected there to be some people from the schools who would have wanted to work with us, but nothing like this happened. I don't know if it happens in other countries.

TSS: Why don't you reach out to them?

JT: Of course, companies can do that. We unfortunately haven't done it so far, but it's something we might consider in the future. Basically, it's very difficult to use people leaving universities in real life situations. They need to spend more time in training. What we have tried to do was to give lots of jobs to students who then grew and learned with the company. But I would also expect the schools themselves to have been more pro-active.

TSS: In 10 to 15 years, as wages reach EU levels, investors whose businesses are labor intensive may move on in search of lower costs. Do you think the Slovak government has picked a good investment strategy in view of this danger?

JT: That's a good question. In my opinion, the government has picked quite a risky path, turning our country into an island of free trade in Central Europe. It's true that we had no choice, and economically it makes a lot of sense, but there are great dangers on the social level for older people. If you are over 45, and you don't speak English, you live in a smaller city and you don't have a good job at the moment, you're simply out of the game, with exceptions of course.

We also need to be aware that soon a great part of the population will be over 45 or 50. In my heart as a businessman I am in favour of doing what produces results, but from this point of view it might be a dangerous game.

We also have to bear in mind that investment doesn't have to continue forever, and that in a couple of years another country may appear successfully doing what we have done, maybe Bulgaria or further east, and change everything.

What Slovakia is doing now would have been absolutely great five or eight years earlier, but now it's quite risky.

TSS: The foreign press has been full of praise for Slovakia's economic reforms and potential. On the other hand, investors who live here say that if the people expressing such views saw a bit more of what really goes on from day to day, they might not be as enthusiastic, and that a change in political or economic direction following 2006 elections could also threaten continued growth. Do you see these things as clouds on the horizon?

JT: I'll be perhaps a bit more open here, but being a politician in Slovakia is a way of doing business, it's not a public service. Ministers are businessmen, not public servants.

On the other hand, I would take a pragmatic view of another party winning elections in 2006, and I think they will be pragmatic as well. The fact they are promising something now does not mean they will do it in the future - that much we have learned from 1,000 years of Slovak history (laughs).

As I mentioned before, I'm very glad the changes and reforms have occurred, but they do create some tension in society, and the part of society that is most affected has very significant power in elections.

TSS: You may be in a more optimistic frame of mind now that liberalization is going forward than two years ago, but based on your experiences, what would you say to other investors contemplating coming to Slovakia?

JT: It definitely makes sense to invest here, but my advice would be to avoid thinking schematically. Don't think that what you were able to do in Prague seven years ago you will be able to do here now. The world has changed, and this is a different country at a different time.

You also need to be present here. The infrastructure, including the legal and advisory infrastructure, is not as developed as you might expect. In some things you could even say that Slovakia is like a well-developed and enlightened third-world country. You need to be here on the ground to be successful. And don't build your business or take decisions on the basis of the recommendation of the Financial Times.