Interview with Peter Gabalec, Chairman of the board of Slavia Capital 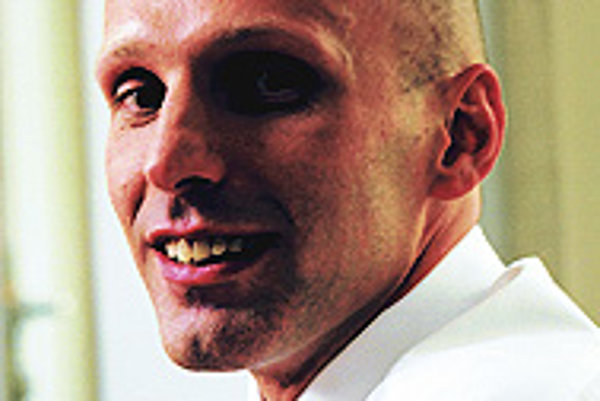 The Slovak Spectator (TSS): The main wave of privatization began over a decade ago according to the strategy of then-Prime Minister Vladimír Mečiar, who said he wanted to favor domestic buyers because he wanted to create a solid layer of Slovak capital. Regardless of whether you believe in his sincerity, has a layer of domestic capital been created by privatization over the years?

Peter Gabalec (PG): Yes, it's very clear nowadays when you look at the market, Slovak financial groups or corporate groups in various sectors are strong enough to own and develop their own assets, and acquire other companies as well. There was another group of Slovak capitalists who only managed to own companies for a short period of two to five years, until the market that was created here through globalization and our entry to the European Union forced them to sell. In some cases it was good that they did, and they got fantastic prices, while in other cases these sales were due to their own mistakes.

TSS: Does that mean the strategy of excluding foreigners from privatization at the beginning was a good strategy?

PG: I think it was good, but it's questionable whether he [Mečiar] thought it up himself, or whether it was drawn from other examples in history, as this process had already happened in other countries around the world.

TSS: What was good about it?

PG: Domestic people in the first stage of course tend to think only of themselves - we say the short is closer than the jacket - but in the second stage you get patriarchs that want to pass on certain values to the country, the country where they want to keep living, and these people after 10 or 15 years realize that investments have to be made in things like schools and culture. This pushes the country's development along.

On the other hand, if we had sold everything to foreign capital, their home lies elsewhere, and they will use the tax system to create structures that allow them to take the greatest share of the added value home with them.

TSS: Who would you include in the "top drawer" of Slovak capital?

PG: As I said before, there are two groups - one of people that worked in industry and developed their assets, and then sold off some of these assets, creating a strong capital segment of company managers. We can include here companies like Slovnaft, SCP Ružomberok, VSŽ Košice, Chemko and so on, all companies that were sold to Slovaks who then developed them and sold them on, creating a strong tier of capital.

Then you have some strong financial groups, former brokerage houses and securities traders, a group that includes us as well [and also Penta Investments, J&T, Istrokapitál - ed. note]. These groups are sufficiently strong today to acquire various companies in the form of private equity investments.

PG: I think so. The fact that the largest privatization deals are now behind us - I mean Slovak Telecom, SPP, energy distributors and so on - means that today we deal almost entirely in what are called "our-size deals", meaning they are big enough to interest us, but sometimes almost too small for global private equity funds, who look for operations worth 50 million euros and up. In the 10 to 30 million euro category of acquisition, Slavia Capital and other groups like it are more than able to compete. Not that we can finance the whole of such deals from our own resources, but private equity today is mostly based on debt to finance risk capital.

TSS: Slavia is known for its relationship with former Economy Minister Ľudovít Černák, and much has been written about it in the domestic media. How close in Slovakia are the connections between business and politics? How do they compare with this relationship elsewhere in the world?

PG: I don't think Slovakia was accustomed to seeing any relationships whatsoever between business people and politicians, and often these relationships were abused for political ends to get rid of politicians on the scene. But we see much less of that these days.

As far as our own case goes, we were in the same boat, as we weren't prepared for the reaction and we didn't have as good a PR department back then who could promptly explain these things. But I think the last 12 years has seen some development both on our side and among the media, as well as in the relationship between politicians and business people, in the sense that business representatives will say publicly that they would like to see lower taxes or different legislation. In the past the country simply wasn't prepared for it.

TSS: The privatization process is drawing to a close. What's going to replace it, in terms of investment activity?

PG: We're going to keep seeing new investment stimuli and directions, such as into energy, the biochemical sector, the financial sector and so on. We still see a lot of opportunities there, although not for advisory firms. For one thing there are a lot of them here, which means a lot of competition, and for another there are far fewer operations in which they might participate. That in turn means room for private equity and developing new spheres of investment, one of which is risk capital.

TSS: So is private equity on the rise in Slovakia because advisory firms are looking for something else to do, or because the market itself has advanced to the point where it attracts private equity?

PG: It's more developments on the market, including greater legislative stability and an attractive tax environment. The advisory market has gotten smaller, but firms like Slavia have by now accumulated a lot of experience of advising other investors on acquisitions, and are now ready to start advising themselves. We've identified market segments that are very interesting for us, and where we see a lot of added value.

PG: The energy sector, biochemistry, the financial sector, real estate. There's a lot of them where a well-judged and quick investment can create some major added value. Just as in the past advisory companies had to learn to generate a business model that was good enough to show to foreign funds, today foreign banks and their funds are often our partners in these operations. We introduce the deal to them and provide the equity, so it's Slavia capital plus foreign venture capital and regional banks on the debt side. The capital altogether makes for an interesting investment, but we're the ones who draw up the business model.

I think we've now found a clear place on the market, with our advisory know-how and our private equity operations. We're now focusing on administering the assets of solvent clients, trade finance and real estate. We've grown from being a local player to a regional leader, we're successful in the Czech Republic, and we're looking at Ukraine, the Balkans and Russia as well.

TSS: What exactly is private equity?

PG: Private equity is private capital with a certain element of risk - it's invested in companies that have the potential to grow. You can plot out the potential in a business model, but they key in private equity is that the potential might not be realized, for some objective market reason. We can create three scenarios for the development of the acquisition - a base scenario, a best-case and a worst-case scenario. If we see a company whose shares are trading at Sk1,000 today, but next year we believe will be at Sk2,000, we may suggest investing in the company, either to increase the basic capital or buy it outright. We also try to attract the debt side, which helps create leverage for risk debt capital, and in about two years we would be looking to reach the base scenario through our management of the company which would bring an attractive profit.

TSS: Are private equity firms being helped by the excess liquidity on the banking sector and the requirement that pension funds invest within the country?

PG: It certainly helps on the debt side. Today the ratio between private equity and debt is about 30:70, and in some cases even 20:80. That means that projects require a relatively low percentage of risk capital, because the bank will lend you up to 80% of what you need. Of course, you are responsible for the entire 100%. If I make a 20% return on that entire amount, I return a certain amount to the bank - and today you can find debt for 2% a year - while the rest amounts to a very interesting profit for my 20%. It's really a very interesting ratio, but not all companies are able to draw from the banks. You have to have the skills and the track record, and of course the necessary capital for the banks to work with you. We have the skills, and our track record also brings us partners that want to invest with us.

TSS: Does the overall business and investment climate in Slovakia affect private equity, or do you work in a kind of bubble, protected from outside influences?

PG: The climate is now sufficiently standard that we can decide pretty much on our own what projects we want to go into. We now tend to have on our desk far more projects than we have the capacity for, especially in terms of personnel. We don't have the capacity to do 20 projects at once, which is why we focus on larger ones.

The negative in all of the good things that have been happening in Slovakia is that it has attracted foreign competition here. But I still think we have the advantage over them in terms of how quickly we can respond.

TSS: Do you worry that the things private equity firms are making money from - basically the retreat of the state from the economy, and the potential privatization of infrastructure and health care - will create a backlash in society, and a substantial change in political or economic direction after next elections?

PG: I'm personally not worried that we will see any substantial reversal after elections in 2006. I think the economic indicators show unequivocally that Slovakia is on the right path, and whatever the rhetoric you may hear from various political parties, Slovak politicians have little choice but to walk the same path the country is taking.

Naturally, if we saw a complete political about-face from right to left it wouldn't be good, and it's possible that by canceling on or another social reform, the country's overall economic development might be slowed. But it's not longer for politicians to say "let's go in the opposite direction". They can make small changes, certainly, but they can't take us back to the abyss we emerged from eight years ago.