Time to jazz it up comes round again

JAZZ will sound along the Danube embankment from Bratislava's Culture and Leisure Park all next week. Top musicians appear again in what has become a 30-year tradition stretching back to Communist times. 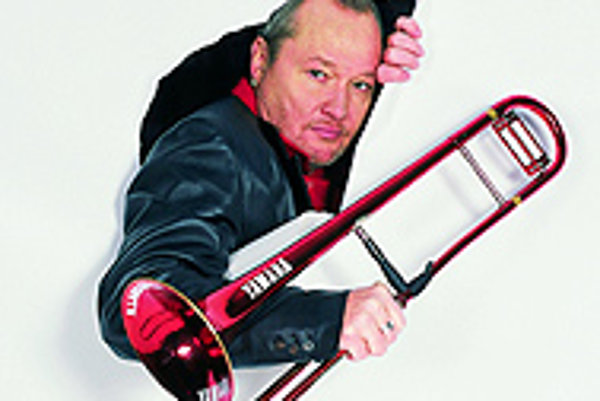 Font size:A-|A+0
JAZZ will sound along the Danube embankment from Bratislava's Culture and Leisure Park all next week. Top musicians appear again in what has become a 30-year tradition stretching back to Communist times.

This year's highlights are American saxophonists David Sanborn and Pee Wee Ellis, as well as the Spanish Harlem Orchestra from New York. For the first time Jazz Days hosts a Japanese musician, pianist Hiromi. The other names on the festival's list also promise great music.

A dozen international music projects take over the festival's main stage from October 21 to 23. Slovak musicians bring their projects to the side stage.

Top tenor saxophone player, 17-year-old Gábor Bolla from Hungary, will open the first evening of the prestigious happening with his quartet. The young star, who was advised at primary school not to think of becoming a musician as he "didn't have a good enough ear for music", has twice made it to the semi-finals of the

World Saxophone Competition and astonishes audiences around the world. Bolla started playing jazz when he was 13 and on his 15th birthday formed his own quartet.

Austrian sextet Beefólk will bring the house down, also on October 21, with their "beefólk" sound, which is a mix of classical music, modern jazz, tango and Balkan folk rhythms. The young "bee folks" will give way to Swiss trombone player Nils Landgren and his Funk Unit. Landgren, who has cooperated with pianist Esbjörn Svensson and whose musical versatility has sounded on more than 500 albums, will deliver a juicy funk show with arranged ABBA cover versions. Veteran alto sax master David Sanborn, who has played a crucial role in establishing the sound of contemporary jazz and instrumental pop, will close the evening.

Saturday will feature one of the Pressburger Klezmer Band's founding members, saxophonist Erik Rothenstein and his Rainbow Project, US trumpeter now living in London Abram Wilson, and acclaimed American jazz singer Stacey Kent, who was honoured with the 2001 British Jazz Award and the 2002 BBC Jazz Award for Best

Vocalist. The most eagerly anticipated of the second evening's performances is certainly the Pee Wee Ellis Assembly. Funk-jazz saxophone master Ellis, the man in charge of composition and arrangement for one of the first originators of funk, the legendary James Brown, arrives with his Live and Funky programme.

The audience will revel to the sound of the Spanish Harlem Orchestra with its contemporary Latino vibes on the festival's final day. Thirteen musicians, who nurtured the essence of Latino culture in the bastion of urban culture, New York City, have radiated the rhythms of Salsa, Rumba and Latin Soul across the globe under the leadership of famous pianist Oscar Hernandez.