THESE sunny October days in Slovakia may be pleasant and welcoming but they are also perhaps further proof of global warming. Climate change is a serious matter, one in which we are all involved. 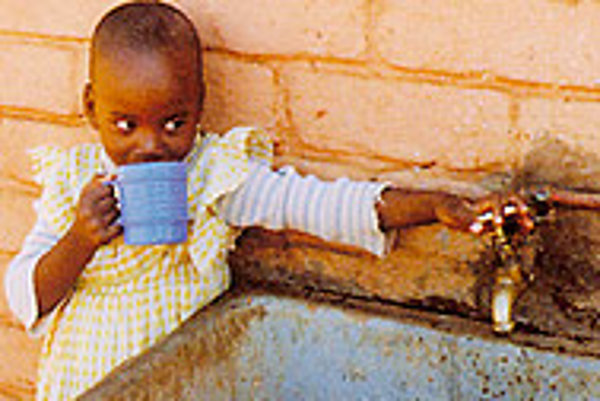 Font size:A-|A+0
THESE sunny October days in Slovakia may be pleasant and welcoming but they are also perhaps further proof of global warming. Climate change is a serious matter, one in which we are all involved.

An exhibition at the Slovak National Museum (SNM) from October 4 to 18 gives detailed insight into the phenomenon and how it is affecting people around the world. Fortunately, the North South East West show is also available online at www.northsoutheast-west.org and visitors can give their reactions and comments.

The show consists of 11 separate collections of photographs grouped under thematic and geographical headings: Health, India; Development, South Africa; and Human Rights, Marshall Islands, to give just three examples. Paul Brown, environment correspondent for The Guardian newspaper provides an introductory commentary for each section, supported with a quotation from a public figure or scientist working in that particular area. Each photograph is supported by a description of the particular effects climate change is having on individual environments.

The exhibition is part of a worldwide consciousness raising and educational programme funded by the British Council and designed by The Climate Group. The response to the show in Bratislava has been very enthusiastic with the 40 educational sessions the SNM organized around it being fully booked up before opening on October 4.

"It is important to be able to make informed choices about the future," says Huw Jones, British Council director for Slovakia. "When decisions are made by our governments about the future of energy, modes of transport or the need for energy efficiency in homes, factories and schools, we all need to be aware of the impact that decision will have on the future of our climate. By raising awareness of these issues, particularly amongst the young, they will be able to have an informed debate and tell future leaders what policies they would like them to follow."

The exhibition is a story of hope and community enterprise as well as environmental degradation. The section on development in South Africa, for example, shows how a desperately poor and polluted township in Johannesburg is using sustainable and environmentally friendly practices. The quality of life there has increased dramatically. People now harvest rainwater, grow organic vegetables, use solar cooking stoves and recycle materials for insulation and to make a living. A striking photograph shows a young child drinking clean water in a place where child deaths from water borne diseases was once common.

Unfortunately, for every story of hope there is one of degradation. There are dire warnings of catastrophe if greenhouse emissions are not tackled on a global scale. In Greenland, for example, the exhibition shows how melting snow is causing sea levels to rise. This could result in the cooling of the warm sea currents from the tropics to Western Europe, causing "catastrophic climate change in Europe", says Paul Brown in his commentary.

"Climate change is the biggest challenge we face in the world today. It is already leading to significant changes in the world's physical environment. Extreme weather events are becoming more frequent.

"It is a sobering fact that around 100 million people globally live less than 88 centimetres above sea level," he says.

North South East West also provides insight into how global warming impacts upon cultures, especially minorities. In a section called Human Rights, Marshall Islands, Brown warns that if sea levels continue to rise, the west Pacific islands and their culture and traditions, will disappear. But the islanders are fighting back, and together with other small island states have formed a political grouping called the Alliance of Small Island States.

In her commentary on the Marshall Islands section for the exhibition Mary Robinson, former UN high commissioner for human rights, calls climate change a "subtle form of human rights violation". Although there is no direct threat to people, she explains, global warming has jeopardized certain societies' ability to maintain their traditional practices and threatens their cultural identity.

The exhibition is just one British project in Slovakia that seeks to highlight and raise people's awareness of global warming and what they can do to contribute to environmental health. The British embassy in Slovakia is sponsoring a display on renewable energy and efficiency in Bratislava on October 21 to 28, which then moves on to Banská Bystrica from October 20 to November 6, then to Košice from November 8 to 22.

Also, Phil Horton, of the Centre for Alternative Technology in Britain will be arriving for lectures and discussions in Košice and Bratislava on November 9. In 2006 the British Council plans to get together with the Ecoschools network in Slovakia and the UK and arrange a series of public debates on aspects of climate change and energy efficiency.

Activities such as these should "focus our minds on the need to look for new ways of producing energy in the future as well as looking at ways to reduce energy consumption," says Jones of the British Council Slovakia.