THE VENETIAN Republic was one of the strongest trading nations in Europe until the end of the 18th century. Its power and politics meant it was constantly at war and much of its wealth went into equipping its armed forces. 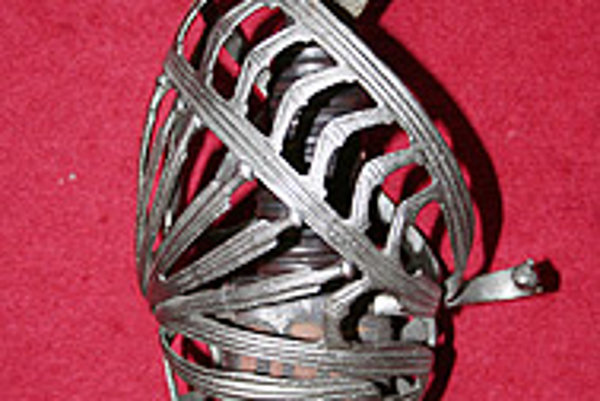 Font size:A-|A+0
THE VENETIAN Republic was one of the strongest trading nations in Europe until the end of the 18th century. Its power and politics meant it was constantly at war and much of its wealth went into equipping its armed forces.

However, since Venice's main aim was trade, and only a relatively small number of soldiers could be found locally, the republic had to look elsewhere for fighting personnel.

Inspired by the Byzatine dictum "the enemy you cannot fight make your ally" the Venetians looked for soldiers among Slavs, mostly from the Balkans. The Venetians distorted the name Sclawi (Slavs) into Schiavi, which meant slave in Italian. The name is ambiguous as actual slaves were taken from these regions to the Venetian Republic in the past. Regardless of this, the Slavic soldiers had a good reputation and the Venetian doge himself hired Slavs to be his personal bodyguards.

A weapon designed for these troops has carried their name since the 15th century - schiavona. It is the same type of sword as that carried by the Scottish Highlanders, which probably reflected the warm trade relations between Venice and Britain. The sword is proof of this, as no similar sword to the Scottish one is found anywhere else in Europe.

Two examples of this unique hand-held weapon are on display in the historical military collections of the SNM's Historical Museum in Bratislava castle.

The most characteristic feature of the schiavona is its basket that encircles and protects the hand against the enemy's cuts. It is comprised of several iron stripes joined in support in an "S" shape. Inside the basket on its left is a ring for a thumb. This made the weapon easier to manoeuvre. The sword's blade was often double-edged. The schiavonas also had a cat-shaped brass cover over their handles to further protect the hands and wrists.

Due to its excellent design, the schiavona soon became a popular equestrian weapon and their use spread around Europe. Emperor Ferdinand II (1578-1637) introduced them into the armoury of equestrian troops of imperial cuirassiers. Schiavonas were produced for them in the most famous cold-weapon centres in the German world - the competing towns of Solingen and Pasov.

These weapons have a longer blade compared to Venetian schiavonas, which Bratislava's second exhibit demonstrates. It is 950 millimetres long and branded with Pasov sign of a running wolf.

The schiavona survived in the Venetian army's armament until the 1750s. Its glory faded with the fall of the Venetian Republic, which led to the loss of the state's sovereignty of Venice at the end of the 18th century.