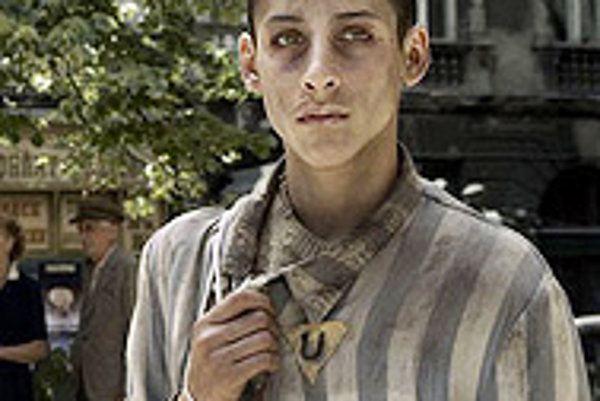 Days of Iberian-American Film runs from October 17 to 20. The association of Spanish-speaking countries Mosaico cooperated on the festival with the embassies of Paraguay, Columbia, Mexico, Brazil, Venezuela, Spain and Portugal. Altogether eight films from these countries will be shown in original versions with Slovak or English subtitles.

The association's president, Diana Patricia Varela Cano, opens the festival on October 17 at 17:30. A screening of Columbian film Los Ninos Invisibles (All the Invisible Children) follows, also with English subtitles.

As well as breathing in a little of the Latin American temperament, movie fans can get acquainted with trends in contemporary Hungarian cinema. See adjoining article.

Mladosť cinema is hosting a short season of contemporary films from its southern neighbour Hungary from October 18 to 20. The movies will be screened in original versions with Slovak simultaneous translation.

The screenings are a good opportunity to catch up with developments in Hungarian cinema, which is one of the most dynamic in the region. Many inspiring young directors are getting the opportunity to make auteur films. Such movies include Kornél Mundruczó's Pleasant Days and Benedek Fliegauf's immersion into the mind of a drug addict, Dealer.

Experienced filmmakers such as Béla Tarr continue to create contemplative visions, while others, such as Márta Mészáros, in a film about Imre Nagy, reflect the country's turbulent past. A good example of the prestige Hungarian films now enjoy is Nimród Antal's Control, introduced to a Slovak audience as part of Project 100, which is currently running in cinemas showing classics from world cinema.

The first of the three films to be screened at the Mladosť is Fekete Kefe (Black Brush). The title refers to the characters' occupation - chimneysweep. "It's about the void. It's about how you can live a life without doing anything and having no motivation," says director and scriptwriter Roland Vranik. Black Brush, his debut, received the award for Best Film at this year's Hungarian film festival.

The second film, Dallas Pashamende (Dallas Among Us), has inter-textual references to the American soap opera, and is an ironic commentary on the living conditions of a Roma community in Romania. Radu is a city teacher who returns to his native village after 20 years to arrange his father's funeral. During his visit he starts to restore his ties with the community, eventually finding the comfort he could not find in the city. The film is a portrayal of people living on the edge of society, reminiscent of Emir Kusturica's Time of the Gypsies.

Sorstalanság (Fateless) is the directorial debut of the veteran cinematographer Lajos Koltai, who has collaborated with famous filmmakers on many European and Hollywood productions. Sorsta-lanság is an adaptation of Imre Kertész's acclaimed novel about the Holocaust. Kertész, who won the Nobel Prize for Literature and is himself a Holocaust survivor, wrote the script. Audiences will be treated to a moving epic, reminiscent of Steven Spielberg's Schindler's List, though the version on the screen may not meet the readers' expectations. Nevertheless, it is worth seeing for the power of the story. Koltai has received a nomination by his home country for the Academy Award for the best foreign language film.