SOCIOLOGIST Iveta Radičová is the new Slovak Labour Minister after a surprising nomination from Prime Minister's Mikuláš Dzurinda's Slovak Democratic and Christian Union (SDKÚ), which has the right to nominate its people to this ministerial post. 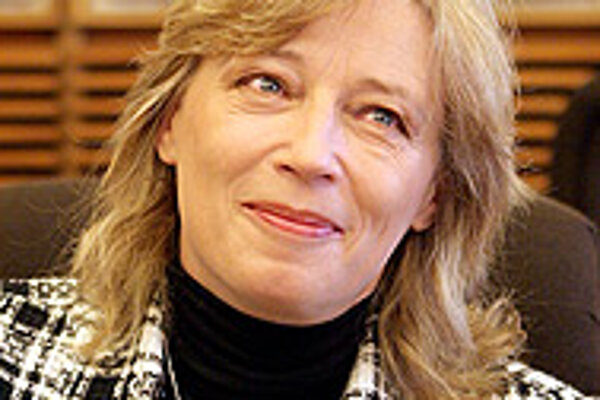 Font size:A-|A+0
SOCIOLOGIST Iveta Radičová is the new Slovak Labour Minister after a surprising nomination from Prime Minister's Mikuláš Dzurinda's Slovak Democratic and Christian Union (SDKÚ), which has the right to nominate its people to this ministerial post.

Professor Radičová, who just three months ago became the head of the Sociological Institute at the Slovak Academy of Sciences, where she has worked for 26 years, replaces Ľudovít Kaník in this post. Kaník resigned after the media revealed that his family firm had applied for EU funds via a state agency for the development of tourism.

At the swearing-in ceremony on October 17, Radičová said she was filled with "joy and anxiety, certainty and uncertainty, happiness and doubt".

She is determined, however, to work hard and do her best in the post, although she may only hold it for 10 months, until the next regular election term.

"It will be an honour for me to lead the Labour Ministry even if it's just for the 10 months," she said.

"I'll try to make responsible decisions determined by social justice and solidarity. I'll try to bring a smile to the faces of Slovaks. Not ironic smiles, but generous ones," said Radičová.

On appointing the new minister, President Ivan Gašparovič said that he was "convinced" that she was the right expert for the job.

"I am convinced that the task is a one you know very well. I am also convinced that you understand the reforms [in the labour and social affairs sector] and that you will work on their completion," said the president.

The new minister then asked her predecessor Kaník to be her adviser on issues concerning pension reform. Kaník accepted the offer.

Even the opposition was positively surprised with Radičová's appointment.

She is not a member of any political party and although she acted as an external advisor to Kaník for some time, it had widely been expected that the SDKÚ would nominate a member or someone close to the party.

"I thought that they would put someone [in the post] who has been pulling along with them for several years," said Anton Blajsko of the opposition Movement for a Democratic Slovakia.

Generally the nomination was perceived positively even by the opponents of the Dzurinda cabinet. Praise came also because the SDKÚ chose a woman for the post. Radičová is the first female member of the current right-wing cabinet.

The SDKÚ's executive board approved Radičová's nomination on October 15. PM Dzurinda said after the meeting that all 84 SDKÚ board members supported the nomination.

"Iveta Radičová is a well-known figure dealing with sociological and social policy issues," said the PM.

Dzurinda expects that the new minister will work in line with the current cabinet policy in the field of labour and social affairs and that she will "help fine-tune the reforms and search for new solutions".

Radičová enjoys respect in sociological circles and is known not only for her academic activities but also for various practical projects.

Apart from working at the Sociological Institute, she leads an NGO called S.P.A.C.E. (Social Policy Analysis Centre), founded in 1993.

According to the osobnosti.sk web portal, Radičová has been engaged in projects related to family issues and various Roma projects. In 1990 she was awarded a PhD from St.Anthony's College in Oxford, and in 2004 became a professor for a thesis on social inclusion and exclusion.

She has been a visiting professor at universities in the US, Great Britain, Sweden, Finland, Austria and other states. She has also coordinated several research projects.

Radičová said that at the ministry she wanted to concentrate on improving and better targeting the state's services for the unemployed. She also wants to address family issues, including the social protection of children as one of her priorities.

"The [current] reforms must continue. On the other hand, I will try to balance their impact on the most vulnerable social groups," she told the media shortly after the SDKÚ announced her nomination.

"Her professional potential and contribution, especially in the field of help to and support for socially-disadvantaged people, is a good basis for her future success and the development of social reform in Slovakia," Kaník said.

According to RMORK chairman Ladislav Richter, his group respects and appreciates Radičová's previous work and her experience in area of social policy focusing on the Roma community. "The personality of professor Radičová is a guarantee that the ministry will be lead by a professional and experienced expert," Richter told the SITA news agency.