How to bridge the regional gap?

DESPITE massive changes to its business environment, Slovakia still faces unresolved development challenges, including balancing regional disparities, reducing poverty amongst vulnerable groups and integrating the Roma into the social mainstream. 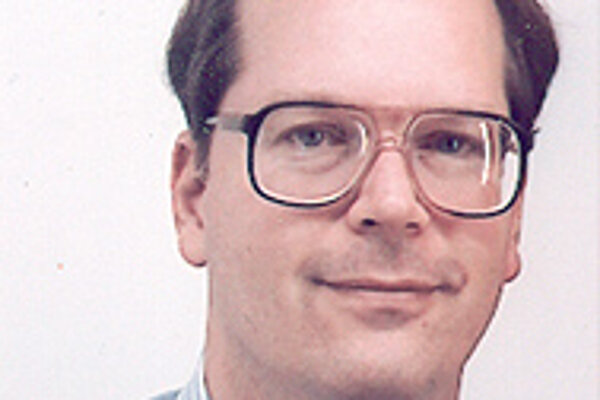 Font size:A-|A+0
DESPITE massive changes to its business environment, Slovakia still faces unresolved development challenges, including balancing regional disparities, reducing poverty amongst vulnerable groups and integrating the Roma into the social mainstream. The Slovak Spectator spoke to Ben Slay, Director of the UNDP Bratislava Regional Centre for Europe and the CIS about the progress that Slovakia has achieved and the problems the country still faces.

The Slovak Spectator (TSS): International organizations have been issuing warnings about the growing gap between the eastern parts of the country and the wealthier west. The disadvantage of the east is not only geographical but also the lower educational level and lack of necessary training opportunities for the unemployed. How could the government most effectively bridge this gap? What are the most effective tools?

Ben Slay (BS):Disparities in regional development in Slovakia (and in neighbouring countries) took centuries to emerge and will not be eradicated overnight. Improvements in Slovakia's investment environment, ensuring the delivery of high-quality education and vocational training services all across the country, and continuing the social policy reforms needed to increase employment and economic growth, are the most important antidotes to poverty and underdevelopment in eastern Slovakia.

In addition, the government could focus more sharply on measuring and monitoring poverty and inequality among Roma and other vulnerable groups, as well as helping communities to craft local development projects for funding by the European Union.

BS: Slovakia has made significant progress in improving the quality of public administration at all levels of government in the last ten years. This is apparent in Slovakia's EU membership, and in the fact that Slovak expertise in reforming governmental structures is now being exported to other countries via Slovakia's official development assistance (ODA).

However, although Slovakia has granted local authorities greater scope in delivering public services, local governments in some regions are having difficulties fulfilling their new responsibilities. More work needs to be done, particularly in terms of the decentralized provision of healthcare, education, and housing services.

TSS: Slovakia has begun to provide Official Development Assistance (ODA) to poor and underdeveloped countries, and the country has become a donor state after being a recipient for many years. UNDP has been assisting Slovakia in this effort. Has Slovakia been active enough in this sphere?

ODA can also support the welfare of ethnic Slovaks living abroad, which in part explains why Slovak ODA focuses on Serbia and Montenegro.

TSS: UNDP is also active in helping countries to meet the requirements of global and regional conventions and agreements on climate change and biodiversity protection. What assistance can UNDP provide? The level of protection for bio-diversity and the environment in post-communist countries often lags behind that of the West. How is Slovakia doing in this area?

BS: In the ten years since the country's first National Communication on Climate Change was issued, Slovakia has become a solid global environmental citizen. The May 2002 ratification of the Kyoto Protocol, which limits global greenhouse gas emissions, is the most recent example of this. The National Capacity Self-Assessment process is another important aspect of Slovakia's engagement in global environmental governance, since this process helps include people from a wide variety of professional backgrounds in environmental policy making. The country's May 2004 accession to the European Union means that Slovakia is helping to set environmental policies in the world's foremost regional interstate grouping.

TSS: There is a serious lack of job opportunities for the Roma in Slovakia. UNDP has several times warned about the seriousness of the living conditions of the Slovak Roma. The government proposed temporary measures to help lift the Roma to the same level as other groups. Some governmental officials however strongly opposed these measures on the grounds that they are discriminatory, favouring the Roma. What is UNDP's position on this issue?

BS: Despite its successes, Slovakia still faces unresolved development challenges. Integrating the Roma into the social mainstream is clearly one of these. Social inclusion means empowering marginalized communities, but also making them responsible for raising their living standards. Success cannot be achieved without the provision of financial support for the construction of apartments, or efforts to improve access to healthcare. In this respect UNDP thinks that some temporary, targeted strategies to improve the position of the Roma are justified.

TSS: The UNDP started a project called "Your Spiš" to mobilize and involve the Roma and other disadvantaged groups, in economic activities. How successful has this project been?

BS: The Tvoj [Your] Spiš programme helps local communities, especially vulnerable groups, to improve their living conditions. It provides communities in the Spiš region with practical advice, helps develop their human capital, and secures financial support for local development projects. Thanks to funds provided by UNDP, the Dutch and Swiss embassies, and other donors, some $1 million (€828,000) has been invested in job creation, small enterprise development, and the construction of kindergartens and community centres.

The Fond Tvoj Spiš [Your Spiš Fund], created in 2002, has supported 150 projects totalling Sk4,750,823 (€122,000). This has helped reduce inter-ethnic tensions and increase social inclusion. The European Union is now funding the continuation of the project.

BS: UNDP has been a major facilitator of sustainable deve-lopment projects and strategies by all levels of government in Slovakia. UNDP helped develop the National Sustainable Development Strategy, which provides answers to questions about how Slovakia's development should best take into account the social and environmental consequences of economic development and transition. UNDP helped to develop regional development strategies for the central Hron River basin and southern Zemplín regions, and has also supported municipal development plans. Within these projects we seek to involve community groups as broadly as possible.

TSS: The Regional Bureau for Europe and CIS (RBEC) is located in Bratislava and works with over 150 experts to assist countries in the Commonwealth of Independent States, Central Europe, the Baltic States, and the Balkans. Has Bratislava turned out to be an ideal location for the centre? What are the most important programmes that the centre is currently pursuing?

BS: Since Slovakia has entered the European Union and has become a provider of international development assistance, the nature of its relationship with UNDP has changed. We are very pleased to be here, but in the long term sustaining UNDP's Regional Centre in Bratislava will be increasingly difficult. In the meanwhile, our scope of activity will remain large, with focus areas in democratic governance, energy and environment, poverty reduction, crisis prevention and recovery, HIV/AIDS, gender, ICT for development, and development partnerships. We service not just Slovakia but Central and Eastern Europe, Turkey and the Commonwealth of Independent States. And our priorities are moving increasingly to the east.