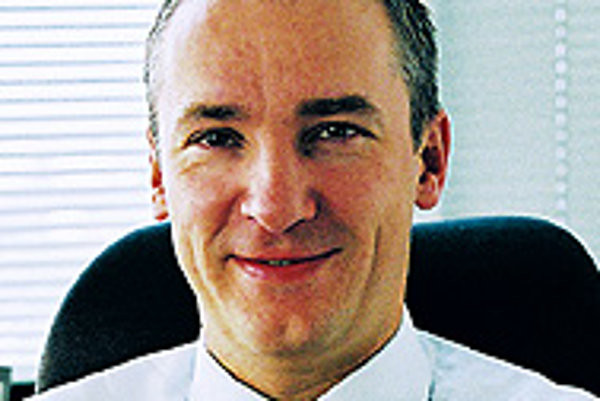 Font size:A-|A+0
The Slovak Spectator (TSS): You went through a very visible re-branding earlier this year, changing your name from EuroTel to T-Mobile. How has it gone?

Robert Chvátal (RCh): I think it confirms that a brand that has been known for many years can be replaced in the course of a few months, thanks to excellent execution and the power of the media. In three months the brand reached spontaneous awareness levels we hadn't even dreamed of. People aren't nostalgic about the old EuroTel, because I think they expect benefits from the international brand of T-Mobile, such as the early introduction of various services, innovative tariff plans and many others that can only be delivered by a strong international player.

TSS: Does that have implications for foreign investors coming to Slovakia and re-branding their acquisitions, such as banks or steel plants?

RCh: Yes, to a certain extent. The media market here is not very cluttered, so if you happen to be in the right mass media you can introduce any kind of brand. But we can also ascribe some of our success to the fact we introduced a new model of pricing at the same time which was very transparent and fair, and in which you pay the same no matter whether you are calling in the T-Mobile network or networks of other operators, both fixed and mobile. We now see Orange as well trying to rethink their strategy and come up with network equal rate plans.

TSS: Your majority owner is Deutsche Telekom, a German investor. A decade ago investors from developed Western countries like Germany approached Slovakia with caution, whereas now Slovakia often tends to be in better shape economically. How much has this reversal of roles affected foreign investment into Slovakia?

RCh: Slovakia is still attracting foreign investors because of the bold economic reforms it has launched, including for example the tax reform, the new social security system, as well as because of its relatively educated work force and good geographical position.

It is also drawing investors with its investment incentives, and here my view is that we have become obsessed with employing people, and we are in danger of ignoring quality for quantity. I think the people in the government who are working on attracting investment should speak not only with the Ministry of Labor, but also with the Ministry of Education. I think the education system here has to undergo a few changes. We employ not only university graduates but also secondary school graduates, and we see certain limitations in terms of their service orientation and communication, the softer skills. We think these should get more emphasis in the school system.

But it's also very encouraging that not only manufacturing but also investments into call centers are going to Slovakia's regions, because that helps educate people. IBM, Accenture, HP and Dell have service centers here and tend to compete with us for the workforce.

TSS: Is it a bad sign that of all the reforms the government had planned, education reform was the one that didn't go ahead?

RCh: My personal view is that the same billions of crowns that are being spent on building a highway for KIA should be invested in the educational system so that there are good teachers in the schools, so the curricula get restructured, and so students get skills they will need in this millennium.

TSS: Is there going to be a shortage of highly skilled and educated labor in Slovakia as more investors move in?

RCh: Clearly, relying on the asset of a low-cost labor force is a shortsighted strategy. Slovakia will eventually catch up to the European Union in wage levels, and low wages will cease to be a competitive advantage. We've never used cheap labor as an advantage, because we've always needed people with drive and a good education. The cost of the labor has always been a secondary issue. But I understand that it's more important for manufacturers.

The other aspect is that there is more and more competition coming up in the field of low-cost labor, from countries like Ukraine, Romania and Bulgaria - the latter two being EU entry candidates for 2007. And that's another reason more emphasis should now be put on the quality of the labor than its cost.

TSS: With Slovakia's entry into the EU and inheritance of EU legislation, the country's regulatory bodies assumed even greater importance than before. New ones were created, old ones expanded or given new powers. From your experience of the Telecom Bureau, how would you rate the quality of regulation in Slovakia?

RCh: We haven't seen any major failures or gaps, but it's not pleasant when the rules change in the middle of the game. Certain requirements were made of us regarding the portability of mobile numbers, and since we bear the cost of portability exclusively, in the amount of hundreds of millions of crowns, it's not pleasant to learn of these changes in the middle of the game. I'm referring to the recent ruling of the Telecom Bureau on certain additions to the rules on mobile number portability. It puts the implementation process under pressure, and means it's impossible to start mobile number portability this year.

TSS: Was that human error, or due to a fast-moving market and new conditions?

RCh: I think it was due to the clarification of certain regulations at the EU level, but it's difficult for me to judge. It's just a fact that we're not too happy about.

TSS: People who move even 10 kilometers outside Bratislava find it impossible to get broadband service through the UPC/Chello cable option, while fixed-line broadband requires that you order a fixed line as well, which people may not want. In countries like Slovakia with less well-developed classical communications infrastructure, do mobile companies have a window of opportunity to take a significant part of the market in data services as well?

RCh: Absolutely, and we have just taken it. I am very proud to announce that as of Monday, October 17, T-Mobile became the first national mobile operator in the world to start providing mobile broadband internet service through FLASH-OFDM technology. By launching this world premiere, we as a company made a giant leap in dramatically improving the broadband penetration of the country. According to credible research, only 4% of Slovak households have broadband connectivity, and we are set to change this.

In general, one of the major dimensions by which telecom infrastructure is judged is the ability of the population to reach out for broadband connectivity. Broadband has its limitations when it comes to fixed lines and cable companies, and we see it as a great opportunity to offer our customers complementary wireless broadband as an option. There is a clear difference in what we are now offering and what people have known so far through GPRS or EDGE wireless connectivity. It will be on top of our UMTS service, which is usually adopted first by business customers, and will be aimed at residential customers anywhere in Slovakia.

TSS: Your broadband service will still cost more than the average mobile customer now pays in monthly bills. Does the fact you went ahead with it mean that you believe the Slovak market is finally moving beyond cost as the main determinant of consumer behavior?

RCh: It's a great mistake to constantly show that the only thing you are capable of offering is a low price. Customer care and innovation are equally important to drive the economy and raise people's standard of living. The portfolio of services and the level of customer care is becoming a very important criterium as well.

The Slovak customer enjoys one of the highest subsidy levels in Europe, when purchasing power is taken into account, and one of the lowest usages, stemming from the low prices. Our challenge in this market will be to come out with compelling new services like mobile broadband that are relevant for the consumer, and that are considered good value for the money.

We believe we can economically roll out mobile broadband to areas that have fewer options. Even nowadays, in developed economies like the UK or Austria, UMTS is skewed to the big metropolitan areas. But we want to go beyond metropolitan Bratislava or Košice.

TSS: Mobile phones are one of the things that stand out about Slovakia for foreigners. How do you explain the love affair between Slovaks and their mobiles, especially when other forms of technology have made slower inroads?

RCh: Mobile phones helped people leapfrog fixed lines in the country, because they were more widespread. If you look at developments elsewhere in the world, it's clear that in terms of voice, mobile voice will be replacing fixed on the residential side. In the business market fixed technologies will always play a role because of their reliability.

The reason is also that this market is driven by price, and both operators gave amazingly low prices, allowing people to buy a reasonably good mobile phone for one crown. It's an amazing piece of technology that's accessible to every consumer. It's very democratic in that way.

TSS: T-Mobile became the new sponsor of the Slovak Football Association in August, signing a three-year contract. As Slovakia gains more foreign investment, are we likely to see more of such sponsorship? Are foreign investors more ready to sponsor sports than firms with local capital precisely because they are "foreign" and need to create goodwill?

RCh: We are considered as more a local company, as we don't tend to export thousands of cars abroad every year. The sponsorship decision was more that we felt that as a larger player in this country, we should show we are capable of supporting a good cause. The Slovak national team has a chance to qualify for the World Cup in Germany in 2006, and given that T-Mobile also sponsors football in surrounding countries, it wasn't too hard to make a case.

TSS: After you signed the sponsorship deal, Artmedia Bratislava went off and beat Porto away and tied Glasgow away in the Champion's League. Coincidence, or did you know something the rest of Slovakia didn't?

RCh: It was a great and lucky coincidence, but it was more than that as well. It's part of a trend that football is on the rise in this country, and I believe we will be seeing more and more Slovak players appearing for top European clubs in the years to come.