The importance of being honest 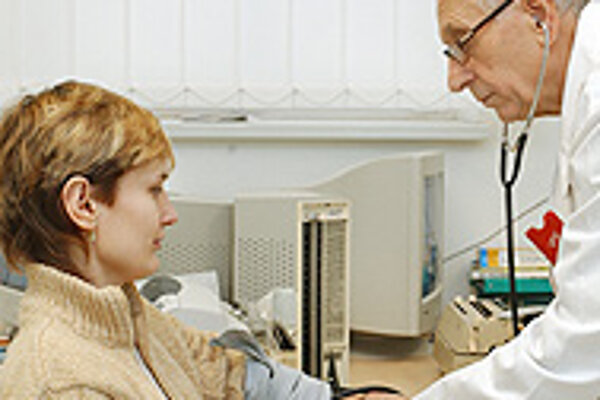 A 30 to 40-year-old man with high blood pressure can live his life perfectly normally, so he probably does not see any reason why he should declare his condition on an insurance questionnaire.

But a problem might arise when it is expected the least. After a sudden fatal heart attack the insurance company will look back at the medical records of a client made before signing the insurance contract. If the company finds significant differences between the health of the client and the declared answers at the time he signed the contract, the insurance company may reduce or even refuse to make any payment to the family.

That is an extreme example, but it expresses the importance of being honest about the state of your health when signing a life insurance policy. Insurance companies in Slovakia emphasize that Slovak clients still do not realize this.

"Some clients underestimate their health difficulties. They do not realize that insurance premiums are based, apart from other things, on the state of their health," Drahomíra Juríková, head of communications at Union poisťovňa, told The Slovak Spectator.

She continued: "If a client is regularly checked by a physician (for example, because of increased blood pressure), he should inform an insurance company about that when signing an insurance policy, even though the illness does not require sick leave or does not impact on his ordinary life. "

General Director of Wüstenrot poisťovňa Siegfried Fatzi, agreed: "The awareness is not sufficient. We have experience that clients are not quite open [on the state of their health] when concluding an insurance policy."

According to Fatzi, clients sometimes inform the company about health problems after the policy has been signed, when they realize the consequences of concealing such information.

However, erroneous information about the state of one's health is not always the client's fault. Agents and brokers sometimes fail to mention the possible consequences of giving false or incomplete information about one's state of health.

A client of ING insurance company told The Slovak Spectator about the approach of one insurance agent when they were filling the health questionnaire attached to the life insurance policy.

"Do you have any health difficulties?" the insurance agent asked. "Not really," the client answered. "Right," the agent said and ticked several columns. "Do you smoke?" the agent continued. "Well, I do when I go out," the client said. "OK, then let's write that you don't smoke at all. It's better," the agent recommended.

The ING client told The Slovak Spectator: "After filling in a questionnaire this way I got the impression that information about the state of health is not important. If I knew how important it was I would have insisted on telling the whole truth."

Insurance companies defend themselves by saying they invest large sums of money in training agents and brokers and looking for ways of raising their level of professionalism. However, problems rarely occur, said Juríková of Union poisťovňa.

"Our insurance advisors have instructions to remind the client when they are filling in the questionnaire that he might go through a medical check-up if they have the impression that the state of health of a client is not ideal," Fatzi added.

Currently, a client can partially defend against bad advice from insurance agents through a new Act on Insurance Mediation that is in force from September this year. (See article page 10.)

Fatzi of Wüstenrot poisťovňa pointed out that if a client openly answers all the questions and goes through medical check-ups in case an insurance company requires them there is nothing he should be afraid of in the future.

A potential client should always be honest about high blood pressure, high level of cholesterol, being overweight and other health problems. They might not be serious illnesses but they might have serious health consequences, even death.

An insurance company has the right to ask a client to go for a general or specialized medical check-up if a suggested policy value surpasses the ordinary value or when the state of health of the client is worse than that of the average person.

According to the medical information an insurance company decides if it will or will not agree insurance policy with a client, and if it does under what conditions.

"If a life insurance contract is signed through this process a client can rely upon this insurance," Fatzi emphasized.