Slovaks insuring too little too late

MANY Slovaks underestimate the need to insure their houses and apartments, particularly in rural areas. Often, people only start to think about getting insurance when it is too late and their property has been damaged or destroyed. 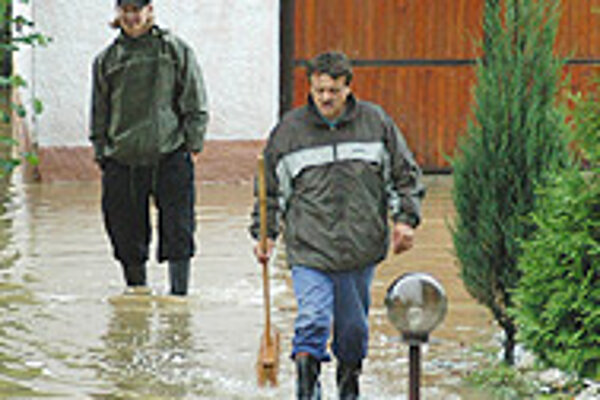 Font size:A-|A+0
MANY Slovaks underestimate the need to insure their houses and apartments, particularly in rural areas. Often, people only start to think about getting insurance when it is too late and their property has been damaged or destroyed.

People are fully aware that property insurance is available but there are still a lot of houses and apartments uninsured, especially in the countryside.

"There are no exact statistics. But based on a census of houses and apartments we estimate that 50 to 60 percent of such property is not insured," Katarína Janáková, head of the private and travel insurance department of Slovenská poisťovňa - Allianz told The Slovak Spectator.

People can take out insurance against various types of risks to their houses and flats.

Dangers and natural disasters such as fire, explosions, lightning strikes, floods, earthquakes, windstorms, hailstorms, and heavy snow are the most common. Another group of risks are falling trees, damage from faulty water systems and being hit by a vehicle or aeroplane.

Yet more risks include the theft of building parts such as tiles, vandalism and damage by smoke.

Floods are a typical example of people's attitude towards property insurance.

After floods occurred several years in a row in eastern Slovakia, demand for insurance against flooding grew.

But because certain parts of Slovakia were subjected to such regular flooding, companies became cautious about insuring against floods.

Since floods in these areas are now virtual certainties, they do not comply with the principles of insurance, which are based on the notion of risk.

According to Janáková from Slovenská poisťovňa - Allianz, although floods are a standard risk, insurance companies can refuse to insure a property in territories where the likelihood of floods is high.

"But I would like to point out that this [refusing to insure real estate on territories with regular floods] is not common," Janáková added.

Janka Halgašová, director of the retail insurance department at Uniqa, explained: "Paying the damages [for floods] can be limited to 50 percent of the value at which the piece of real estate was insured."

When setting the value at which the property is insured (the sum a client would receive in case of total destruction), insurance companies base their calculations on the size of a building, the construction material, evaluator appraisal and other factors.

The yearly insurance premium paid by the owner of a property depends then on the types of risks against which the building is insured as well as on a way the building is used (permanently or non-permanently inhabited, or used as a place of business). Whether the building is complete or still being built also plays a role.

Some insurance products allow the client to set the value for which the property is insured. However, if that is the case the owner takes full responsibility.

Insurance companies point out that if a client does choose to set the value he should be careful about undervaluing his property. The insurance value should be a true reflection of the value of the property, equal to the price it would cost to build it again.

The lower the value a client gives to a house, the lower the yearly insurance premiums, but that means a lower level of reimbursement if the property is damaged.

"The insurance would be lowered by the same ratio as was the value of the house. If, for example the building has a real value of Sk2 million (€50,000) and is insured at only Sk1 million (€30,000), an owner gets only half of the value of the damages," Janáková of Slovenská poisťovňa - Allianz explained.