CONTEMPORARY art has always fascinated people, says art historian Zuzana Bartošová, an expert on the development of Slovak art in the 20th century. Despite this, because of Communism, Slovak art was subjected to artificial rules. After Communism fell, the Slovak art market had to start from scratch. 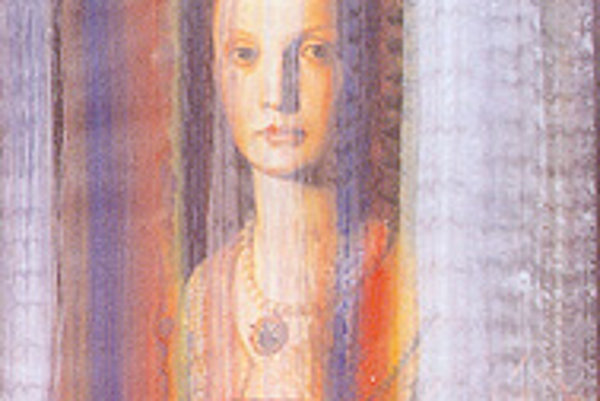 Font size:A-|A+0
CONTEMPORARY art has always fascinated people, says art historian Zuzana Bartošová, an expert on the development of Slovak art in the 20th century. Despite this, because of Communism, Slovak art was subjected to artificial rules. After Communism fell, the Slovak art market had to start from scratch.

The delayed development of the art market in this country raises the issue of what there is to sell here and what is worth investing money into.

The SOGA auction house in Bratislava, Slovakia's first, was founded in 1996, and it took almost a decade before two more art auctioneers were founded - Darte in Prešov and Art SK in Bratislava. The latter, which focuses solely on contemporary art, joined a tiny group of galleries that supports emerging young talents.

These few commercial entities face an army of publicly owned national, regional and town galleries. Their large, locked-in collections of modern art block the dynamics of the market.

"Slovakia's modern art galleries serve as museums, locking the art in, compared to the West, where commercial galleries that constantly work with art dominate, promoting it and selling it," Bartošová explained.

The public galleries contain almost all the Slovak art completed in the first half of the 20th century, leaving only a few pieces for the market. What remains freely available is the younger and very recent art.

"This is where the potential investors should turn their attention," Bartošová said.

The first auction of recent contemporary Slovak art took place in 2003. The Centre for Contemporary Art (CSU) foundation, in cooperation with the SOGA auction house, attempted to transfer 176 artworks from public galleries to a commercial environment. Although it was a benefit auction, they hit upon a non-existent art market.

"Comprehending the idea of philanthropy and mobilizing the companies or individual benefactors to invest in art is a long-term process," said Bohdana Sprušanská, CSU's executive director.

The foundation and SOGA organized one more auction of recent art together in 2004 but this year took different paths. SOGA held a regular, commercial auction of contemporary Slovak art on May 10. The CSU remained in beneficiary mode, and asked for assistance from one of the world's leading auctioneers, Sotheby's, particularly its office in Austria. The joint sale, of which 40-percent of the yield went to support young Slovak art and 60 percent to the artists of the auctioned work, took place on October 20 at Bratislava's Design Factory.

"With Sotheby's we wanted to

bring in the experience of this renowned auction house and highlight the quality of contem-porary art," said Sprušanská.

Despite the absence of statistics on the developing situation in the art market regarding recent art, Sprušanská monitors emerging, potentially successful artists. One example is Roman Ondák, who rocketed onto the Slovak, but mainly European, scene some 10 years ago. Today a Paris gallery represents him, and London's Tate gallery owns one of his works.

"Such phenomena rise to the surface," said Sprušanská. But what is needed, she says, is better conditions and wider promotion of the artists' work in their home country, Slovakia. This will help local and foreign investors notice them. The experienced foreign experts are often better at judging the potential of these artists than their local counterparts.

It is a risk to invest in new art. According to Bartošová, in the first five or six years investors make a loss, in the following five years they may break even, and only then, if the artist continues developing, will the investment bear any fruit.

"With art you cannot effectively assess returns on the investment, calculate the profit instantly. Investing in art and supporting it is a longer-term corporate strategy," said Sprušanská.

Slovak firms are slowly beginning to realize that a long-term view is necessary, especially those with foreign shareholders that are helping to import the trend

by investing in private collec-tions and galleries. Such examples are the Bratisla-va's galleries run by Slovenská sporiteľňa bank and Slovenský plynárenský priemysel gas utility. Another indicator is the increased interest of firms loaning and presenting works of contemporary artists in their residences as well as purchasing the works at auctions, like the Západoslovenská Energetika energy firm frequently does.

"These are the first indications that it is taking place. [Slovak] firms also want to systematically build and present themselves through contemporary art," Sprušanská said.