SLOVAKIA has joined other European nations in a lawsuit against two tobacco concerns, RJ Reynolds and Japan Tobacco. 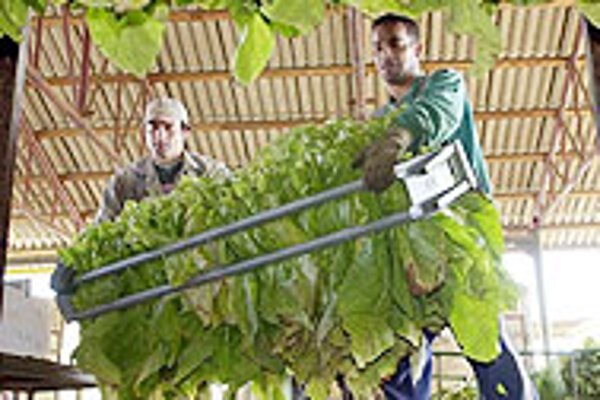 Font size:A-|A+0
SLOVAKIA has joined other European nations in a lawsuit against two tobacco concerns, RJ Reynolds and Japan Tobacco.

The decision by the Slovak cabinet to join the European Union alliance was motivated by "the alleged involvement in cigarette smuggling and money laundering" on the part of RJ Reynolds and Japan Tobacco, Mikuláš Gera, the Finance Ministry's press officer, told The Slovak Spectator.

The Finance Ministry hopes for a greater chance to succeed by joining other countries of the European Union than by fighting its battle alone.

The lawsuit is being fought on United States soil under the Racketeer Influenced and Corrupt Organizations (RICO) legislation, which came into effect in 1970 to fight corporate crime.

The prosecution maintains that RJ Reynolds and Japan Tobacco knowingly supplied an excess of goods to countries bordering the European Union, where excise taxes comprise 80 percent of the retail price of cigarettes, thus aiding and abetting the smuggling trade.

"The European community has joined together to commence this civil action to combat, deter and remedy an ongoing global scheme to smuggle cigarettes, launder the proceeds of narcotics trafficking, obstruct government oversight of the tobacco industry, fix prices, bribe foreign public officials and conduct illegal trade with terrorist groups and state sponsors of terrorism." (From EU appeal July 10, 2002.)

According to customs information, cigarettes are smuggled into Slovakia through the Ukrainian border.

The money paid by Philip Morris will end up in the EU's budget. However, some of the funds will be distributed to those countries that joined the lawsuit. Since Slovakia was not involved in the first stages of the lawsuit, it is not eligible to any financial compensation from Philip Morris. However, Slovakia would be eligible to receive funds should the European Union alliance wins its case with RJ Reynolds and Japan Tobacco.

"Then we could possibly share some of the yield," Finance Minister Ivan Mikloš told the SITA news wire.

The Finance Ministry refused to say whether Slovakia would contribute towards court expenses. Ministry press officer Gera told The Slovak Spectator that "material concerning the lawsuit is classified and increased media interest could lower the possibility of succeeding in the court".