THE EUROPEAN Commission is toying with the idea of reducing Slovakia's carbon dioxide emission quotas again, distressing local industry giants that saw their previous annual quota of 35.5 mega tonnes cut by 14 percent in October of 2004. 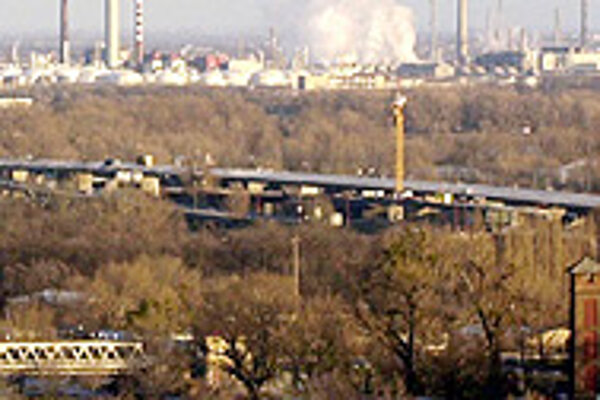 The Slovak Environment Ministry, which received criticism for allowing last year's 14-percent cut, told the economic daily Hospodárske noviny that it would consider suing the European Commission if the body went through with its plans to further trim Slovakia's quotas.

Even if the ministry filed such a lawsuit, however, the reductions would not necessarily be postponed.

The European Commission says that changes to the industrial business environment over the past couple of months in Slovakia warrant further reductions in the country's emissions quotas. Some smaller firms have disappeared while some new firms have been created.

According to the European Commission, Slovakia now has an extra 180 thousand tonnes of carbon dioxide (C02) emissions quotas.

The Slovak Environment Ministry says that the European Commission's desire to readjust Slovakia's quotas mid-stream is not legally justified. Besides, the ministry has already reassigned the quotas to companies it believes are in urgent need of extra emission quotas.

The amount originally given to Slovakia by the European Commission is 14 percent lower than what Slovakia requested for the 2005 to 2007 period. The decrease caused an outcry in Slovak business circles.

The reduced emission volume was the final result of negotiations between Environment Minister László Miklós and the European Commission.

Although the European Commission said it could not divulge the details of its discussions with the Slovak authorities on the finalization of Slovakia's allocation plan, it has confirmed that the issue of further cuts is on the table.

"The commission needs to make sure that the final allocations of every single member state are compatible with the European Commission's decisions," Mikkelsen said.

"We have decided to fight [against further cuts], we have a very strong position," Foreign Affairs Minister Eduard Kukan said.

Last year, US Steel sued the Environment Ministry for agreeing to the European Commission's allocation plan in October 2004, which reduced Slovakia's requested CO2 emission quotas by 14 percent. US Steel maintained that the carbon dioxide restrictions placed on it would cost the company billions of crowns and present an "unjust economic burden".

Minister Miklós told The Slovak Spectator on January 27 that if Slovakia had refused to accept the European Commission's compro-mise of a 14-percent cut, the commission would have enforced a far more radical reduction, requiring Slovakia to manage with just 27 million tonnes, rather than the 30.5 million tonnes it received.

The European Commission felt that Slovakia had based its requested national allocation plan on inflated emissions needs, and wanted to allocate Slovakia with emissions quotas based on its own figures.

Late January, Minister Miklós said that the ministry would continue to look for reserves on behalf of big emission producers through individual negotiations.

On February 28, the Slovak government decided not to challenge the European Commission's ruling that sets Slovakia's annual ceiling of carbon dioxide emissions at 30.5 million tonnes.

Earlier this year, Miklós speculated that certain Slovak companies would be disappointed in the national allocation plan because they would not have any leftover emission allowances to sell to other companies for a profit. Later, the minister said that even with the decrease, he thought that many companies would still be in a position to sell their leftover quotas on the market.

The Slovak Association of Employer Unions, an advocate for Slovakia's biggest employers, held the position that the Slovak government should have reopened negotiations with the European Commission.

The association warned that the global impact of the country's lower CO2 emission quotas would hurt Slovak businesses, especially those in metallurgy, concrete and energy production.

Based on the Kyoto Protocol, the European Union must push down its CO2 emissions by 8 percent. Quotas have been divvied up according to need and distributed to all EU member countries.