Give me a (tax) break 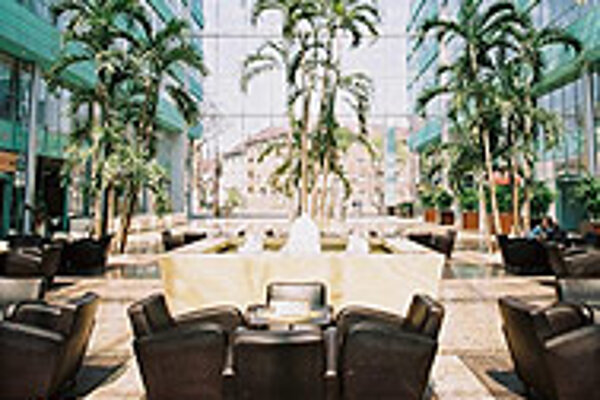 In the past, unfavourable tax laws meant that only a small percentage of businesses leased to own. Thanks to legislative adjustments, particularly one in January of 2005 that abolished real estate transfer taxes, analysts expect real estate leasing to become more popular.

Real estate leasing in Slovakia involves large and long-term investment projects by corporate partners, which is why well-established financial institutions are behind most of the products on the market. Tatraleasing, a part of Tatra banka group, and Immorent Slovensko, a memberof Erste Bank Group, are two of the most active.

"Real estate leasing is by far the least saturated segment of the leasing market," said Roman Začka, public relations director of Tatra banka. He told The Slovak Spectator that the country's former tax law, which resulted in the lessee paying tax twice on their property, is to blame. But the Tatra banka director is optimistic about the future. He points to the removal of real estate transfer tax in 2005 as an example of how the market is changing.

Peter Malík, managing director of Immorent Slovensko, points out that real estate leasing is a long-term form of financing and requires the right conditions for growth.

Malík says that real estate leasing is best for clients interested in projects longer than 12 years and up to 20, based on calculations that take property depreciation and taxes into account.

A company can lease a property fewer than 12 years, but in this case the lessee loses the tax advantages. The maximal period is set at 20 years. After this period, the risk of return of the lent money is considered too high.

Additionally, explains Malík, most lessees do not have to keep leased real estate on their balance sheets. Such leasing thus does not increase the ratio between non-owned and owned sources. From an accountant's point of view, this keeps the accounting healthier. This is different compared to financing a property through a mortgage loan, which lifts up the level of non-owned sources.

Leasing companies agree that real estate leasing is primarily a form of financing for businesses. Začka from Tatra banka explains that for purely psychological reasons, individuals are not open to lease-to-own scenarios. They prefer to buy residential property through mortgages.

"Taking this into account, as well as transaction fees connected with double ownership transfer associated with financing through leasing, leasing is not advantageous to individuals," said Malík.

Začka from Tatra banka explained that real estate leasing is most suitable in buildings used for multifunction purposes. Multifunction enables all investors to spread the financial risk of such long-term investments. Administrative buildings, retail premises, as well as storage and logistic centres, according to experts, are the most suitable premises for leasing.

Compared to the overall real estate leasing market in the European Union, Slovakia still lags behind its colleagues. Tatra banka hopes that Slovakia will soon reach 15 percent of the leasing market.

Immorent's Malík thinks the country's greatest promise rests in leasing space in buildings to logistics centres and other industrial projects. In the area of retail, he sees the interest shifting from leasing large-scale shopping centres to smaller premises.

Although he thinks that international companies will still play the main role in developing the Slovak real estate leasing market, he does notice that smaller Slovak firms are becoming active as well.

According to the Association of Leasing Companies, contracts on real estate leasing in 2004 reached a total value of Sk1.5 billion (€40 million). The association does not include the performance of non-member firms such as Immorent Slovensko and Immoconsult Slovakia, which are among the largest property leasing companies, however. In 2004, Immorent concluded contracts worth Sk1.3 billion (€30 million). The daily SME estimated that the volume of property leasing contracts in 2004 could reach Sk3 billion (€80 million) to Sk4 billion (€100 million), about the same as 2003.