INTEREST from foreigners in investing in real estate in Slovakia is on the rise. Economic growth and an increase in citizens' purchasing power are gradually eliminating concerns about investing in Slovakia. 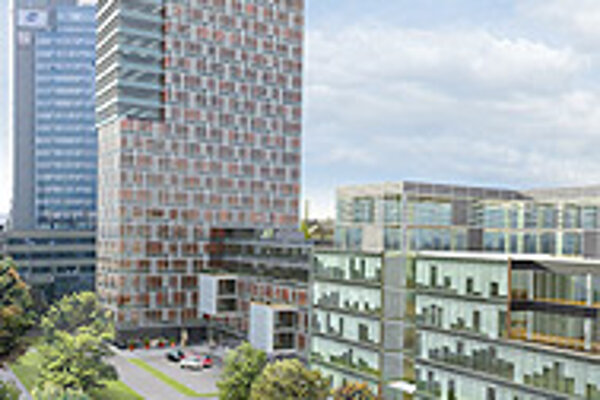 Font size:A-|A+0
INTEREST from foreigners in investing in real estate in Slovakia is on the rise. Economic growth and an increase in citizens' purchasing power are gradually eliminating concerns about investing in Slovakia.

Foreigners are interested in buying existing property but also off-plan (planned but not built) property in large development projects. The Slovak capital, Bratislava, is attracting most attention.

"Recently, we have recorded an interest from foreigners in real estate in Slovakia. From their point of view it is mainly investing in places to live. They perceive Slovakia as an interesting country for investing their money into property that they can rent out," Jozef Šimek, project manager of Lexxus realtor, told The Slovak Spectator.

He said it is mainly the Irish who see Slovakia as experiencing a real estate boom similar to their own.

Šimek of Lexxus pointed out that foreigners are often interested in using the service that calculates yield estimation of selected apartments. It gives them a picture of how much they will be able to ask for in rent in the future.

"Many foreigners view property with a calculator in their hands and if the expected yield does not exceed 6 to 7 percent the property is not interesting for them," he pointed out.

When the property is a part of large development projects the name of a developer plays an important role in whether he/she decides to invest. As foreign developers' projects have already been announced and soon their projects will be marketed, the interest of investors will grow, says Šimek of Lexxus.

The investors mainly emphasize yields and location of a project, while in the case of off-plan projects it does not

have to be necessarily in the centre of Bratislava. Localities with good accessibility to the centre, developed infrastructure, services, schools and other facilities are also attractive.

The bulk of new developers' projects are still in Bratislava because they offer the highest yields.

Gradually there are also plans for development projects in other parts of Slovakia. Mainly they are for cities such as Trnava and Žilina, which expect large investments and low unemployment.

SEVERAL major new developments are in the pipeline for Bratislava. Eurovea, Park One, and City Business Centre were announced recently, and there are others.

- Irish developer Ballymore wants to build an international business centre called Eurovea on the bank of the Danube River (Pribinova street zone). The first phase of the project should be finished in the middle of 2009. Exclusive office, shopping as well as residential premises will cover an area of 230,000 square metres. Eurovea is designed as an extension to Bratislava's city centre (bottom left).

- Convergence Capital Group is planning to construct a downtown office and shopping centre called Park One in the city centre (Kollárovo square). It is designed as a transparent glass cube. The building will have an area of 1,445 square metres and should be completed by April 2007 (above right).

- HB Reavis plans to build City Business Centre, a complex of four administration buildings and a residential building near the centre (Karadžičova street). The new premises will have an area of 62,700 square metres available for leasing. The construction of the first two buildings has already started (top left).