Theatre helps us to accept difference

THE PREGÓNES theatre in New York's Bronx district is the place where Latin American actors, musicians, writers, dancers and artists meet. When they started, in 1979, they were a small group playing for the socially vulnerable Bronx public. 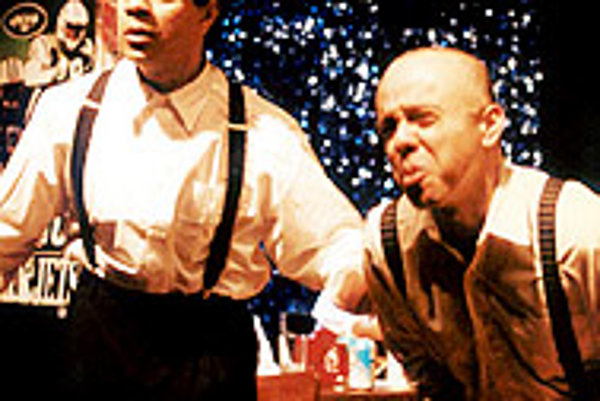 Font size:A-|A+0
THE PREGÓNES theatre in New York's Bronx district is the place where Latin American actors, musicians, writers, dancers and artists meet. When they started, in 1979, they were a small group playing for the socially vulnerable Bronx public. Today they are a leading theatre that combines Latin American culture with trends in contemporary theatre, and have performed in 32 countries throughout the Americas and Europe.

The theatre has recently visited Slovakia within the Art Therapy/Art on the Margin festival. The event introduced a dozen international community-based theatres that are committed to helping certain groups through creative psychotherapy to a Slovak audience over the last week. The happening, organized by the Banská Bystrica Divadlo z Pasáže (Theatre from Passage) in cooperation with Astorka Korzo '90, took place for the second time.

The Pregónes' musical comedy, The Blackout, featured a Puerto Rican worker rushing to his wife who is about to give birth, getting stuck on a subway. The show of two actors and three musicians was slightly hindered by a poorly functioning subtitle machine, but did not prevent an excellent "therapeutic" delivery to the souls of actors and audience alike.

The warm response from the audience at Bratislava's Astorka Korzo '90 (the festival was primarily concentrated in Banská Bystrica) could mean that Slovakia is ready to accept theatre stories told by emigrants, the socially poor, homeless, and the mentally and physically disabled. But the Pregónes are professionals. Moreover, their story was a humorous piece. According to festival director Viera Dubačová, Slovak society is still not ready to allow socially emotive stories in.

"They are very strong testimonies. Such theatre does not have to comply with the political will, it's not easily merchantable, nor popular. That's why the opinion prevails that it's better not to poke into them. But the potential is here," Dubačová told the daily SME before the festival. She added that their initiatives find a response mainly among the young.

Among the 12 performers were two theatres from the Republic of South Africa. Soweto campaigns against the spread of AIDS, and SOS tells stories of street children living in the poorest part of Johannesburg.

A Hungarian ensemble of blind actors showed viewers how to use other senses in total darkness. Slovakia participated with theatre troupes working with the disabled, deaf and homeless actors.