A CHANGE in ownership at Slovakia's most popular television station, TV Markíza, promises to improve the objectivity of its news programming as well as likely change the TV's top management structure. 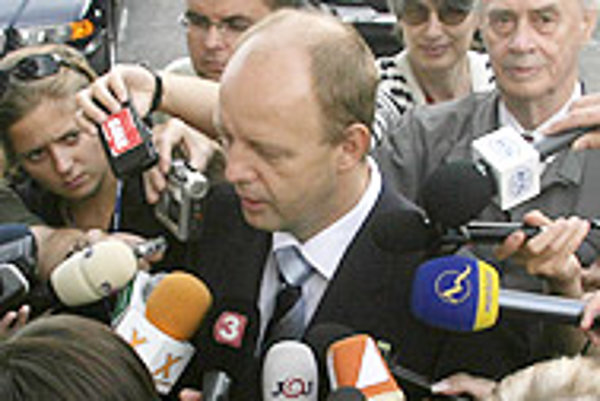 Font size:A-|A+0
A CHANGE in ownership at Slovakia's most popular television station, TV Markíza, promises to improve the objectivity of its news programming as well as likely change the TV's top management structure.

CME announced the ownership changes in TV Markíza on October 31 after meeting with the Slovak Broadcasting and Retransmission Council (RPVR).

The deal increases CME's economic interests in TV Markíza from its previous 70 to 80 percent share. It thus gains a decisive economic majority, as well as voting rights, in the broadcaster.

CME's stake in Markíza Slovakia also increases, from a previous 34 percent to 80 percent, while its stake in Slovenská televízna spoločnosť increases from 49 percent to 90 percent.

Ján Kováčik and Milan Fiľo, the Slovak co-owners of Markíza Slovakia, will keep their minority stakes in the company.

Pavol Rusko, a businessman who entered politics after the 2002 national elections with his New Citizen's Alliance (ANO) party, founded private television station TV Markíza in August 1996. When he entered top politics, Rusko, who later became Slovakia's economy minister, transferred his stake to his colleague, František Vizváry. Nevertheless, critics blamed Rusko for influencing the television station while in office and using it to forward his political agenda.

TV Markíza's objectivity has long been an issue because of the Rusko connection. Even the US co-owners were allegedly concerned over the former economy minister's influence.

Although the matter is considered a done deal, it must be formally approved. Valéria Agócs, the chairwoman of the Slovak Broadcasting and Retransmission Council, told The Slovak Spectator: "Preliminarily, the changes [in ownership] are on paper but the station must still officially ask the council to issue an agreement with the transfer of the ownership rights."

She added that the council expects to issue the approval provided all legally required aspects of the contract are met. The deal should be completed by the end of this year.

According to Agócs, the Slovak Broadcasting and Retransmission Council hopes the changes in ownership will result in "mainly more balanced news and political analyses and opinion programmes as TV Markíza originally promised".

TV Markíza has had to repeatedly answer to accusations of bias. Even after Pavol Rusko gave up his stake in TV Markíza after becoming an active member of politics, the television station still attracted attention for its lack of objectivity. In fact, bias in its news programming was the subject of two annual reports on human rights abuses released by the US Department of State.

The most recent report, submitted to the US Congress February 28 of 2005, stated that then-Economy Minister Pavol Rusko "influenced TV Markíza's editorial policies, despite having divested his ownership interest". It also said that media watchdog organizations criticized the station and that the ruling Christian Democratic Movement (KDH) decided to boycott TV Markíza, "refusing to grant that station personal interviews because of perceived unfair treatment".

TV Markíza's news programmes have not met with kindness at home, either. The local media-monitoring watchdog organization, Memo 98, repeatedly criticized Markíza for its lack of objectivity and political bias, citing "evident manipulation of public opinion".

According to Agócs of the Slovak Broadcasting and Retransmission Council, the CME perceive the issue of fairness in broadcasting as one of the crucial areas for improvement at TV Markíza.

"CME's chief operating officer, Robert Burke, told me on Monday [October 31] before announcing the ownership changes that he personally guarantees that they will go for achieving a European standard in terms of content in the main news programmes," Agócs said.

According to her, the COO ordered an analysis of TV Markíza's news service from international organizations and the results were not satisfactory to the US owners.

In an official statement, Michael Garin, CME's chief executive officer, said that "acquiring control of this outstanding station has been one of the highest priority goals of CME. We expect improved performance to result from control of both the operating and licence-holding companies. Our ability to fully consolidate the results of TV Markíza for the first time will also improve the transparency of our results to investors."

Peter Višváder stepped down as editor-in-chief of the station's news department. Stanislav Pavlík, the former head of the news centre, recently lost his post and is currently only responsible for sports. Rusko's wife, Viera Rusková, former editor of the main news programme, Televízne noviny, left as well, the SME daily reported.

The station's general director, Vladimír Repčík, will temporarily step in for Višváder. Repčík's replacement will be discussed once the Slovak antitrust authority, Protimonopolný úrad, approves the CME deal.

CME has so far said nothing about whether individual reporters would be replaced.