OLD methods no longer fit new challenges regarding ensuring global security. NATO officials say that the organization has been trying to find fresh ways to evolve from a static, self-defence-focussed organization into a proactive power, one that is capable of preserving stability even in the most remote locations. 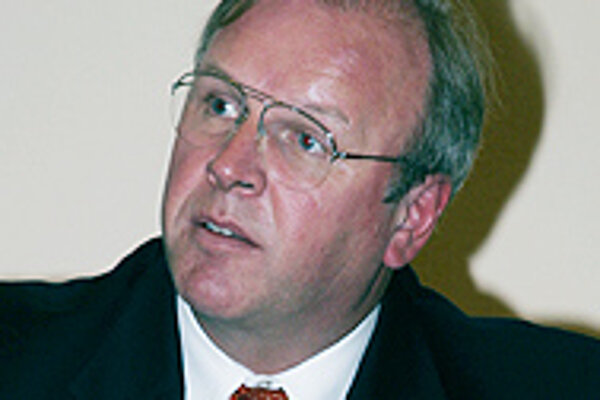 Font size:A-|A+0
OLD methods no longer fit new challenges regarding ensuring global security. NATO officials say that the organization has been trying to find fresh ways to evolve from a static, self-defence-focussed organization into a proactive power, one that is capable of preserving stability even in the most remote locations. However, Assistant Secretary General for Political Affairs and Security Policy Martin Erdmann says that NATO does not want to assume the role of global policeman.

The Slovak Spectator (TSS): What are the greatest challenges that a small country like Slovakia faces within the changing security environment?

Martin Erdmann (ME): Countries like Slovakia form a part of two great families in the Euro-Atlantic context: NATO and the European Union. These days for any country, whether it is big or small, it is important to be part of the Euro-Atlantic family.

ME: Until the end of the Cold War, NATO was a static organization fully concentrating on a collective self-defence of its member states. This has considerably changed over the past 15 years.

Today NATO acts for the security of its member states even in most remote places such as Afghanistan, and is supporting other international institutions like the African Union in Darfur. NATO has evolved into an organization with the ambition to combat terrorism without becoming a global cop.

TSS: NATO is quite different from the organization that Slovakia set out to join after the fall of the Berlin wall. What are the major differences?

ME: NATO is in a constant process of transformation. We had a transformation summit in Prague in 2002 and today we recognize that due to the challenges that NATO faces, this process has to continue. As I said, NATO was quite a static organization for some time focussed mainly on self defence. Africa, for example, was not on NATO's radar screen just a decade ago. Today, however, we are undertaking huge humanitarian relief operations in that region that we would never have thought about before. Here we are entering new territory. Change and transformation is on our agenda in the years to come. I would say that transformation and change is part of the everyday business.

TSS: Still, one of the major challenges for NATO remains the fight against terrorism. How can Slovakia join this fight effectively?

ME: NATO and each member state have specific roles to play in the fight against terrorism. None can do the job alone.

NATO has its specific tasks in certain fields, and EU member states, with their civilian instruments, have their own means of helping, through police, intelligence, citizens' registration and supervision. All these instruments complement each other.

NATO's added value is in its broad-based activities, such as its operations in the Mediterranean, where NATO supervises shipping lanes to maintain international security.

NATO also has a role to play in the field of chemical, radiological and biological nuclear consequence management. NATO has a battalion for that, which rotates among member states. NATO has a very important role to play in information and intelligence sharing. That is something for which NATO has its 26 member states and 20 partner states, plus the Mediterranean dialogue, in addition to the countries of the Gulf cooperation council.

TSS: When Slovakia joined NATO, it had to commit to many changes. How would you judge Slovakia's ability to meet these commitments?

ME: Truly, I cannot answer the question because I'm a diplomat and a military man. To give a correct answer I would have to know more facts and figures.

But in respect to concrete implementation, what we need today are highly mobile and deployable forces. And all countries have to undergo this transformation process.

A country like Germany, which has a huge territorial army, does not need a territorial army anymore, only to a very limited extent. What we need today are forces that can be easily deployed to remote regions. The number one prerequisite for NATO member states is to have highly mobile forces, and this is the challenge for all of us. We can see it in Afghanistan and, in these weeks and days after the terrible earthquake, in Pakistan. This is a practical example of why we need forces that are easily deployable within very short notice to very remote places. Unfortunately I don't know how mobile Slovakia's military is, so I cannot answer the question.

TSS: Is there any anti-Americanism involved in the common European defence and security policy?

ME: No, definitely not. It is clear that there was a rift of opinion concerning the Iraq war. In the meantime, we have overcome this rift. We now understand that Iraq's stability and security is in the interest of all of us, which is the reason why many NATO states and countries support the NATO training mission in Iraq, including countries like Germany and France, outside of Iraq. The question is no longer whether we think the war was right or wrong, the question has become how do we go forward so that Iraq can become stable.

TSS: In your opinion, what is Slovakia's most important contribution to NATO?

ME: As I said at the outset, I think it is important that as many countries as possible are part of the Euro-Atlantic family. So, countries that are able and willing to share their values and contribute to our common security are an important contribution, and Slovakia has certainly contributed in that respect.