SLOVAKIA'S 19-percent flat tax has attracted positive attention and even generated accolades from the international community. The Finance Ministry decided the tax legislation was in need of further polish, however, and recently improved tax conditions for the self-employed. 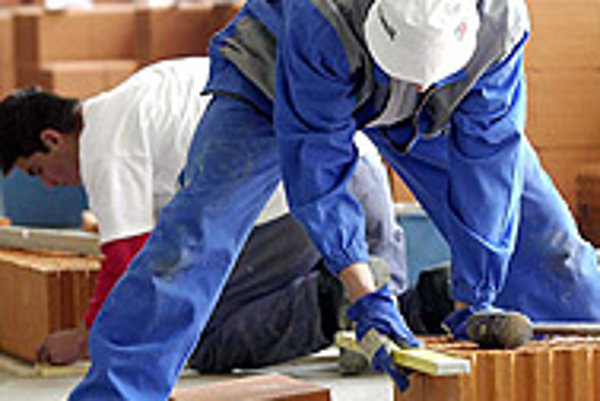 SLOVAKIA'S 19-percent flat tax has attracted positive attention and even generated accolades from the international community. The Finance Ministry decided the tax legislation was in need of further polish, however, and recently improved tax conditions for the self-employed.

On October 28, the Slovak parliament approved changes to the income tax law that allows self-employed individuals to take a standard deduction of 40 percent of their total income. Self-employed workers who opt to itemize their deductions will be able to deduct more than 40 percent.

The ministry believes that the changes will reduce the payroll tax burden on the self-employed. High payroll taxes have resulted in numerous complaints from professional organizations.

Self-employed individuals who earn their living exclusively from skilled labour (i.e. bricklayers, woodworkers) will still be able to deduct as much as 60 percent of their earned income.

In addition to a standard flat tax deduction, self-employed people will still be able to deduct compulsory payments to social and healthcare funds. The cabinet approved the measure on August 24.

Originally, Finance Minister Ivan Mikloš intended to create equal taxing conditions for a wide range of professions and proposed to unify all tax deductions to 35 percent of earned income.

The Finance Ministry tried to pass a unified tax deduction for self-employed people in 2003 but had to sacrifice the proposal after fiery protests from organizations representing the interests of crafts professions intervened. Eventually, the minister managed to get a modified tax reform package approved.

The ministry wanted to unify tax deductions chiefly to deal with frequent amendments to the tradesman law, which alters the list of craft activities that fall under the higher deduction levels.

However, now the Slovak tax law governing the self-employed will continue making distinctions between professions.

"The Finance Ministry is trying to simplify the business environment, including taxes for businesses. This is why, after an in-depth analysis, it has changed its original proposal," Mikuláš Gera of the Finance Ministry's press department told The Slovak Spectator.

"Our goal is to remove the tax system from being a reason for which anyone might hesitate to start a business in Slovakia," Gera said.

The self-employed stand to benefit from the new measure, in that their tax burden will be slimmer by several thousands crowns annually. The regulation will be effective starting next year, which means that the self-employed will see their taxes dropping in 2007.

The Finance Ministry also plans to replace a general tax deductible amount, which is currently at Sk90,000 (€2,300) for employees, and replace it with a tax bonus, or "negative tax" system, at about Sk1,450 (€37) per month. If the proposal goes through, employees will pay taxes against their entire earned incomes, after paying payroll taxes for the social and health insurers.

This move is designed to benefit low-income people and have a positive effect on employment.

"The proposed change is to boost employment since it increases the difference between what an unemployed person gets on social aid and what he or she would earn at a minimum wage job. Thus the measure increases a person's motivation to work," Gera told the Spectator.

"The measure will not negatively impact employees. On the contrary, it will help those who earn less than Sk8,500 (€217) a month. The tax bonus system that the ministry proposes would directly reduce taxes," Gera added.

Parliament also approved to increase tax bonuses per child, from Sk450 (€11.5) to Sk540 (€13.8). The bonus then should annually increase in line with the life minimum. However, the tax bonus cancelled the so-called compulsory insurance bonus that reduced payments for the parents to the social insurer per each child.

"The model of deductions indeed makes the business easier for those self-employed who run small businesses. I think that after this change, even more self-employed will switch to the system of flat deductions at 40 percent. It becomes interesting for a larger goup of people," executive director of Business Alliance of Slovakia (PAS), Róbert Kičina, told The Slovak Spectator.

The move comes just a couple days after the World Bank's report on economic development for Baltic countries, Visegrad Group countries (Hungary, Czech Republic, Slovakia, and Poland) and Slovenia (EU 8), which suggested lower payroll taxes for low-income professions. The report chiefly dealt with the sustainability of the countries' pension systems.

The World Bank assumes that lowering taxes in low-income professions could increase employment and could be one of the factors ensuring pension system sustainability and efficiency.

The high cost of hiring

According to World Bank economist for Slovakia, Anton Marcinčin, employers consider each employee expensive due to payroll taxes.

"It is better to carry out a classic measure of solidarity and take money from general taxes to help the whole system by decreasing the payroll taxes of citizens with low incomes, which would act as an incentive for them to take up jobs," Marcinčin told the news wire SITA.

"Payroll taxes remain the greatest problem of the business environment in Slovakia. Today, we have the second highest level of payroll taxes within the OECD (Organization for the Economic Cooperation and Development). The government so far has done only some partial corrections but no systematic changes have been made yet. I also think that no considerable changes will be made until after the next parliamentary elections," said Kičina of PAS.

He added: "The payroll tax reduction calls for reevaluating the system of social and health insurance. We [PAS] have proposed changes like the cancellation of some compulsory payments, such as sick leave payments and unemployment insurance, or moving them to the commercial sector so that if someone wants to get this kind of insurance they could buy them. It would simplify the payroll system and payroll taxes would drop."

Slovakia's opposition parties have proposed higher tax deductions for the self-employed than Mikloš was prepared to propose. Opposition deputy for Smer, Igor Šulaj, proposed standard deductions for farmers as high as 80 percent.

Deductions at 55 percent would have made the Slovak Tradesman Union happy; however, the organization said that even the current changes would benefit the self-employed.

In October, the Finance Ministry refuted the opposition's claims that the 19-percent flat tax would only benefit the rich and would harm the poor.

A study by the Financial Policy Institute concluded that the real income in the case of an individual earning a minimum wage increased by 3.1 percent.

The Finance Ministry estimates that taxes to be collected this year may exceed expectations by almost Sk17 billion (€434 million). Originally the ministry projected total tax revenues at Sk243.121 billion (€6.21 billion) for 2005.

According to the draft government budget for the years 2006 to 2008, the ministry estimates this year's tax revenue at Sk259.963 billion (€6.64 billion). In particular, collection of corporate taxes has been developing in a positive direction. Compared with an estimated Sk30.066 billion (€768 million), the state should collect Sk8 billion (€204 million) more in corporate taxes. Private individuals' taxes, expected to be somewhere around Sk33.185 billion (€847 million) in 2005, might be up by about Sk4.7 billion (€120 million).