WHERE the Hankook investment saga ends for Slovakia, the story begins for its southern neighbour Hungary. The South Korean tyre maker announced that it had signed an agreement with the Hungarian government to start construction on a new central European plant in Dunaújváros. 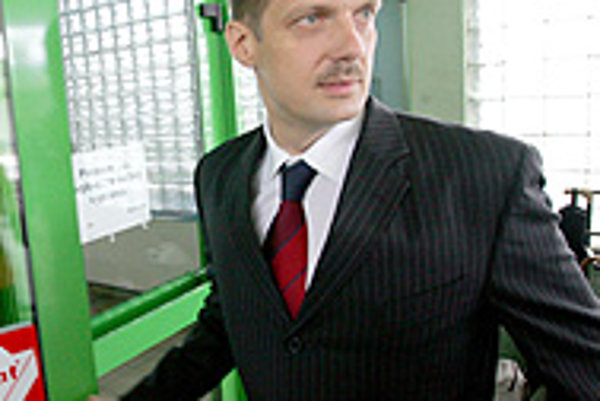 Font size:A-|A+0
WHERE the Hankook investment saga ends for Slovakia, the story begins for its southern neighbour Hungary. The South Korean tyre maker announced that it had signed an agreement with the Hungarian government to start construction on a new central European plant in Dunaújváros.

In mid October, the Slovak Economy Ministry still nursed hopes that Hankook would place its €500 million investment in Slovakia despite complications surrounding a generous investment stimuli package promised by former Economy Minister Pavol Rusko. The cabinet rejected the package as too high.

When the media reported that Hankook was in talks with Hungary in late October, the Economy Ministry told journalists that it had just received a letter from the Korean tyre maker saying that the company remained open to investment negotiations with Slovakia.

Hankook spokesman Kim Sung-Joong said on October 25 that Hankook's decision to invest in Hungary could still be reversed. The Slovak Embassy in South Korea confirmed that the company had not yet made its final decision.

But in early November, Hankook announced that it would definitively sign with Hungary. Of all the Central European countries, Hungary had proven itself most competitive in terms of logistics, production costs, human resources and location, the company said.

Hankook had asked the Slovak government for state support worth 21.3 percent of its total investment, which Rusko tentatively promised to deliver. After the cabinet refused to meet the tyre maker's demands, Hankook reopened negotiations with other central European countries.

Prime Minister Mikuláš Dzurinda said that 6 percent of the total investment, represent-ing approximately Sk1 million (€25,700) per job created, was the maximum that Slovakia was willing to give Hankook in terms of a stimuli package.

"We are willing to negotiate, but we have certain limits that we cannot and will not exceed. We simply are not in a position to buy investors," Malchárek said.

The Hungarian Economy and Transport Ministries, however, said they were not trying to compete by increasing state assistance but rather with "Hungary's extraordinarily good infrastructure and well-educated labour force".

Hankook is the third large producer of tyres in Hungary, along with Bridgestone and Michelin.

Slovak Economy Minister Malchárek blames the loss of the Hankook investment on the lack of clear rules for investment stimuli packages in combination with the approach of his predecessor, Pavol Rusko. Rusko says the reason Hankook slipped through Slovakia's fingers is Malchárek's inability to negotiate.

Analysts agree that a lack of rules governing stimuli packages harmed Slovakia's credibility in the eyes of investors. Certain politicians used the flexibility as a loophole to negotiate favourable conditions that, in fact, could not always be supported.

The Slovak cabinet has since approved new rules for providing state incentives to investors.

According to the new rules, Slovakia will be divided into three zones. The zones will stipulate the total value of incentives that investors will be entitled to. Higher incentives will be approved for investors who place their investments into areas with a higher unemployment rate.

The cabinet also agreed that investments above Sk10 billion (€256 million) will be evaluated as strategic, provided that they create at least 1,000 new jobs. Strategic investors will be able to negotiate for individual assistance.

Experts hope that the existence of the new rules will guarantee an even approach among investors.

"The advantage [of investment stimuli rules] is that it will reduce incorrect procedures from state representatives," Viliam Páleník, head of the department of economic modelling of the Slovak and World Economy Institute at the Slovak Academy of Sciences, told The Slovak Spectator.

Miroslav Šmál, an analyst with Poštová banka, thinks that the lack of rules resulted in the state favouring certain investors.

"It was difficult to guarantee that the state would be fair towards all," he told The Slovak Spectator.

Levice, located in the region in Nitra, where the Hankook investment was destined, was hardest hit by the tyre maker's decision to invest in Hungary. The plant would have created as many as 1,600 jobs there.

The advantages that a Hankook investment in Levice would have brought included the building of highway network and a southern bypass, the development of housing and the construction of a training centre.