By road, rail, water or air - it will come

EUROPE is known worldwide for its sophisticated web of railway networks. Nevertheless, more than three quarters of goods in the European Union are transported via roads. The result is that EU motorways are congested with commercial vehicles hauling heavy loads. 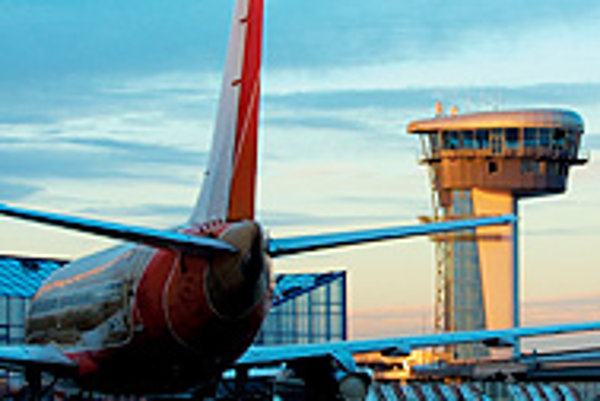 Font size:A-|A+0
EUROPE is known worldwide for its sophisticated web of railway networks. Nevertheless, more than three quarters of goods in the European Union are transported via roads. The result is that EU motorways are congested with commercial vehicles hauling heavy loads.

Intermodal transport, the term used for relying on a combination of transportation methods (air, water, rail and road) to carry freight, could help ease the burden. With an increasing emphasis on developing intermodal transport facilities to help goods pass quickly and efficiently from one mode of transportation to another, Europeans should start seeing their highways cleared of an excess of commercial shipments.

Insiders agree that the only way to go is up. Recently, Korean automaker KIA showed an interest in teaming up with ZSSK Cargo Slovakia in terms of intermodal transport.

KIA is building a new manufacturing plant near Žilina and will require a great deal of shipments in the future.

According to Miloš Čikovský, ZSSK Cargo Slovakia spokesman, the advantages of using a combination of rail and road are the same as using a rail-only solution. "Rail transport, compared to its main competitor, road transport, is more environmentally friendly and significantly safer."

Rail transport, on the other hand, is required to conform to strict safety regulations. Meanwhile, it is able to carry large volumes of goods at long distances - and the longer the distance, the cheaper the transport, said Čikovský.

Peter Závodný is from the intermodal transport division at Slovakia's Transportation Ministry. He told The Slovak Spectator that it is possible to connect every Slovak town and city using a combination road and rail system.

The cost of intermodal transport, however, is the one significant drawback holding it back from being a competitive method of freight hauling. From an economic standpoint, road transport is currently cheaper.

Railways charge higher fees than trucking companies, and there are additional fees associated with intermodal transportation that do not exist when using only one method of shipping.

Závodný from the Transportation Ministry says insufficiently equipped intermodal terminal facilities also compound the problem. Western European governments currently support the development of such facilities, but the Slovakia state has no plans to do so.

"In Slovak there is just one terminal that is comparable to those that are common in Western Europe. This is in Dobrá between Kráľovský Chlmec and Čierna nad Tisou in Eastern Slovakia," Závodný explained.

ZSSK Cargo Slovakia is the most active provider of intermodal transport. It participates in a combination of rail and road and rail and water transportation. The railway company serves 17 lines of intermodal transport, of which 15 are regular. Entire trains are directed to North Sea ports (Hamburg, Rotterdam, Bremen). A part of the combined transport network operates on the basis of individual consignments. Some of these consignments are directed to ports on the Danube and the Adriatic Sea (Koper).

By definition, intermodal transport includes the transportation of goods by truck, trailer, replaceable superstructure or container, in which the road is used in the initial or final section of the route, and rail, water or air is used in between - under the condition that the distance exceeds 100 kilometres.

To date, ZSSK Cargo Slovakia's intermodal transport business is organized by containers. So far there is not much interest in other types of intermodal units, such as trailers or replaceable superstructures.

Intermodal transport offers many advantages, such as flexibility, low energy consumption and low environmental impact. It also allows each mode to play its role in building an effective transport chain. When the EU will become ready for it remains to be seen.