One World starts its tour of Slovakia

FOR THE SIXTH time, the non-profit organization People in Peril raises public awareness of the invasion of human and democratic rights around the globe through films and discussions. Its One World festival starts in Bratislava from November 9 to 13 and continues touring the country until next spring. 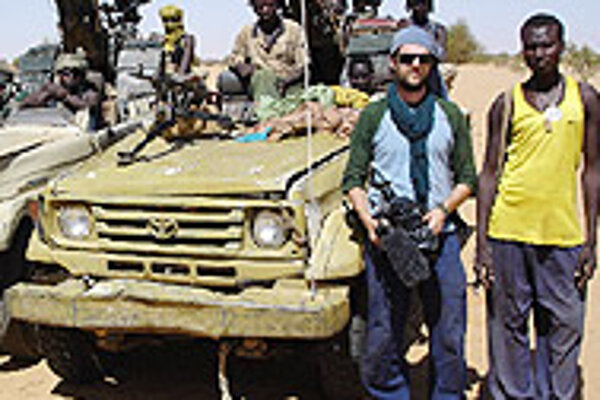 Font size:A-|A+0
FOR THE SIXTH time, the non-profit organization People in Peril raises public awareness of the invasion of human and democratic rights around the globe through films and discussions. Its One World festival starts in Bratislava from November 9 to 13 and continues touring the country until next spring.

This year One World brings 53 international films arranged in 10 categories to Slovak screens. The films will be shown in their original versions with Slovak translations. Several discussions that will follow after British, Swiss and German films will be held in English, simultaneously translated into Slovak, and others will be in Russian and Slovak.

The festival's main section - Seeing is to Understand - groups together films that take a closer look at individual people's fates in countries hit by war and violent conflict. The Swiss journalist and film director Eric Bergkraut reflects on the 10-year Chechen war in COCA: The Dove of Chechnya, which will be followed by a discussion

with Echo War activist Zainap Gashaeva and writer Irena Brežná on November 11. British director Ewa Ewart in Children of Beslan let witnesses tell of the horrific killing of hundreds of schoolchildren by Chechen separatists who besieged a school in Beslan in September 2004. She will also be present for a discussion after the screening on November 10.

The Dictatorship Regiments - Forever? section is a close-up of the life of people living in the non-democratic regimes of North Korea and Belorussia. There are films on the deadly AIDS virus and women's issues. A separate section helps people decipher the complicated events in Iraq through the testimony of Iraqi citizens. Other films point to the struggle between traditional and modern cultures and the lives of both poor and rich. How societies' problems affect children form the Generation Next and One World to Children sections.

In Bratislava, the festival takes place at the Charlie Centre at Špitálska 4 and A4-Zero Space at SNP 12. The venues also host exhibitions on the Srebrenica genocide, the families of Cuban political prisoners, AIDS and North Korea.

Tickets to one film block cost Sk40 and a festival pass Sk250. For more information on the festival and its programme, also in English, visit www.jedensvet.sk.