SLOVAKIA scored a promising split time in the race towards euro adoption, lining up with Estonia, Lithuania and Slovenia in technical and administrative preparedness, according to a recent report by the European Commission. 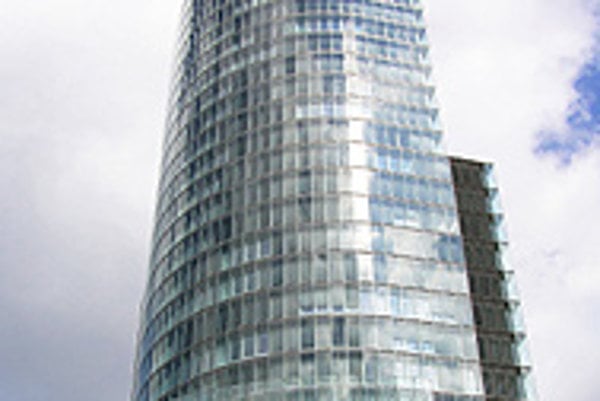 Font size:A-|A+0
SLOVAKIA scored a promising split time in the race towards euro adoption, lining up with Estonia, Lithuania and Slovenia in technical and administrative preparedness, according to a recent report by the European Commission.

Economists agree that if Slovakia keeps up its current pace, it might become the first new member of the European Union to adopt the new currency.

Besides performing best out of all new EU members, Slovakia breezed by its Central European neighbours, Hungary, Poland and the Czech Republic.

In its second report, which evaluates euro adoption preparedness in new EU member states along technical and administrative lines, the European Commission said that aspiring countries would have to make significant economic strides if they hoped to adopt the euro in 2007.

The EC report does not predict whether any of the 10 new EU members would meet the Maastricht criteria to qualify for euro adoption. The evaluation of each country's financial performance will be the subject of a separate report next year.

Slovak economists agree that Slovakia has about an 80 percent chance to adopt the euro by 2009.

Although the Czech Republic, Poland and Hungary started out on a path to adopt the single currency by 2009, the pace of their economic growth and the political moods of their countries have forced their governments to change course and hold off conversion for a few years longer.

"Unlike its neighbours, Slovakia seems to enjoy wide consensus in favour of adopting the euro. All major political parliamentary parties, including the opposition, have smoothly approved the government's strategy of euro adoption in 2009. Such a consensual view in favour of early euro adoption is unprecedented in Poland and in the Czech Republic," Zdenko Štefanides, chief analyst with VÚB Bank, told The Slovak Spectator.

"In Hungary there may be consensus [for early euro adoption], but the economic conditions supporting it, especially on the public finance side, are somewhat inferior to Slovakia's," the analyst added.

Viliam Pätoprstý, chief analyst with UniBanka, told the Spectator that Slovakia is different from the other V4 countries in that its political declarations about early euro adoption were heavily supported by real economic reforms.

Although Slovakia faces national elections in 2006, economists think the risk is low that the next government would change tack and reschedule the country's euro-adoption policy.

According to the European Commission, Estonia, Lithuania, Slovenia and Slovakia are the furthest along in their national changeover plans to date.

Brussels credited Slovakia for adopting its national changeover plan in the course of this year. The national plan, prepared by the National Bank of Slovakia, indicates the steps Slovakia will take before and after euro adoption.

The national plans ensure that aspiring countries take proper account of "frontloading" and "sub-frontloading" requirements, which entails planning for banks and retailers to get cash ahead of euro adoption day, or for consumers to get euro kits, says the EC.

The EC felt that that more attention should have been paid to the conversion of administrative, financial, budgetary and accounting systems in the public and private sectors, as this might be the most costly and time-consuming part of the transition.

However, the European Commission also warned that the countries should invest more effort in explaining the advantages of euro adoption to their citizens so that the public could "switch over to the euro with complete confidence".

"I strongly urge governments and politicians on all sides to explain the benefits of the euro and take the measures needed to prepare their economies for its adoption," said Economic and Monetary Affairs Commissioner Joaquin Almunia.

Asked whether he thought the Slovak public was sufficiently informed about the euro switchover, Igor Barát, spokesman of the National Bank of Slovakia (NBS), told The Slovak Spectator that a "wide and intense campaign to inform the citizens and the business about all the implications of the euro adoption" was underway.

"The most intense part of the campaign is scheduled for 2008, prior to the actual entry to the euro area," Barát said.

It is difficult to predict how Slovaks will react to the new currency. Analysts believe that an initial shock is expected, particularly when Slovaks find a few hundred euros on their pay stub instead of Sk18,100 which is the going average salary in Slovakia.

Still, analysts do not assume that any euro-switch hysteria will hit Slovakia.

"I would not overestimate the psychological effects of euro adoption. For many Slovaks, this should be a natural finalization of the integration process. Of course, getting used to counting in "small" numbers will not be automatic and easy, but that is what the euro has brought to all new member countries," Pätoprstý told The Slovak Spectator.

According to Štefanides, the actual switch from the crown to the euro, should it take place on January 1, 2009, will be preceded by an extended period of double pricing of goods and services.

"Double-pricing will be obligatory for all goods and services as well as wages. The actual changeover of korunas into euros should therefore be less dramatic for ordinary people than feared by some. The actual exchange rate at which Slovaks will dispose of koruna for euros will obviously have to be a compromise, dramatic neither for households nor businesses," Štefanides concluded.

A more definitive report will be released next April, when the commission evaluates the economic performance of aspiring new member countries rather than their administrative and technical efforts.

According to Štefanides, Slovakia presently fulfills only two of the above conditions, those on interest rates and the public debt.

"This year, the country will probably miss the 3-percent-of-GDP deficit ceiling by three to four tenths of a percentage point. Chances nonetheless remain reasonably strong that with continuation of strong economic growth, the fiscal deficit criterion will be fulfilled on time, that is, from 2007 onward," he said.

The analyst also said that chances look reasonable that Slovakia will fulfill the exchange rate criterion.

"These chances seem supported by the historical performance of the koruna, which has been comparatively stable versus the euro, and by the empirical evidence of other countries recently joining the ERMII," Štefanides said.

Though the official deadline for Slovakia's entry into the ERMII is June 2006, Štefanides thinks that actual entry will occur earlier in order to avoid speculative pressure.

Analysts agree that inflation will be the most difficult criterion to meet.

"Inflation is partially influenced by external factors, global prices of oil, for example. Although the fiscal deficit has shown clear signs of improvement, there's still potential risk of it worsening after the 2006 elections," Pätoprstý said.

"The main responsibility, although it may not seem likely at the moment, may rest with the next coalition government and its commitment to continue in a pro-deficit cutting policy," Pätoprstý added.

Barát is positive that, while difficult, the inflation criterion will be met.

"The monetary programme of the NBS through 2008 and the fiscal outlook of the government for the same period are creating conditions for Slovakia to meet the inflation criterion by the end of 2007 and the public finance criterion and thus point to the qualification for euro adoption," Barát said.