DEVELOPING information technologies in Slovakia is one of the keys to building a knowledge-based economy here. However, the high costs of IT - hardware as well as software - are perhaps the biggest barrier to achieving this goal. Insiders say that taking advantage of open source technology is one way to lower the price tag. 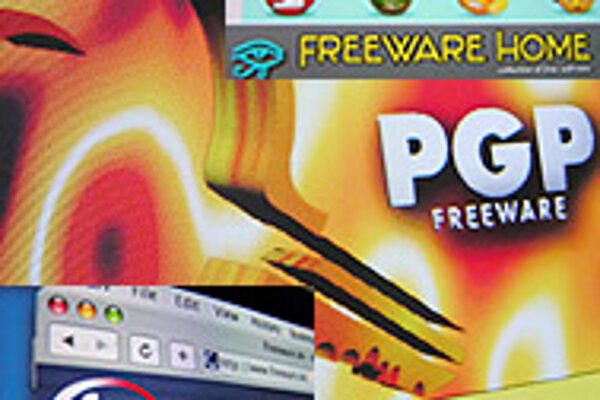 Font size:A-|A+0
DEVELOPING information technologies in Slovakia is one of the keys to building a knowledge-based economy here. However, the high costs of IT - hardware as well as software - are perhaps the biggest barrier to achieving this goal. Insiders say that taking advantage of open source technology is one way to lower the price tag.

Open source refers to a software programme where the source code is available to the general public free of charge. Anyone with programming experience can revise and change the source code to suit his or her individual needs. Any computer, for example, does not need a €200 Microsoft Windows XP Professional operating system to boot. You can run it for free on Linux, an open source operating system that can be downloaded from the Internet.

Such programmes were typically created as a collaborative effort, in which programmers improved upon the code and shared the changes with their friends.

Open source software has its pros and cons. The main drawback for companies has to do with skills transfer and support. If the IT person who selected and installed the open source programmes leaves the firm, there is no guarantee that his or her replacement will know how to support the systems in place.

Munich in Germany is the first test case of a wide scale implementation of open source technology. The municipal administration switched from proprietary software into an open source environment, and the project became known as LiMux.

During the implementation process, many expressed concerns about whether the city was making the correct decision. According to an article in the Toronto Star, the city government's experience was not without its flaws. In fact, the daily reported significant troubles with open source programmes.

For starters, operational costs were significantly higher than originally anticipated. Smaller problems arising from the "viciousness" of the open source Linux system and the inability of the city's administrators to handle it also plagued the implementation.

Nevertheless, the official Web page of the city of Munich presents the overall switch to open source from propriety as a highly successful endeavour.

"Over time...we became confident that free software provided a sophisticated, secure, and cost-effective system with all the required features - as well as being easy to learn and compatible with the main proprietary data formats," reads the official Munich web page.

In addition, the city appreciates the potential of free software to create job opportunities. "The City Council has to take the local job market into consideration. There is a fair chance that the free software choice will create new jobs and secure existing ones in a range of local small- and mid-sized enterprises."

In Slovakia, only a few companies are taking advantage of open source software. The Slovak Spectator asked two of them about their experience, and both had only positive things to say.

Ján Letko, IT manager of PM Zbrojníky, a company in the meat industry in Banská Bystrica, said his interest in open source technology grew out of curiosity. When the quality of open source programmes reached - and surpassed - that of proprietary offerings, there was absolutely no reason for the company to look elsewhere.

"These products are much more stable than their proprietary competitors and at the same time their purchase price is very interesting - Sk0! We have significantly greater trust in software with open source codes than those with closed codes, because of security issues," Letko told The Slovak Spectator.

Because the entire computing community can work on programmes with open source codes, they are significantly more up-to-date against viruses and other security risks.

"The company saved Sk2 million (€50,000) without having to buy software licences, and the amount saved on upgrades is considerable as well, although difficult to calculate. The difference is really astonishing in favour of open source software," he told the Spectator.

At the beginning, the open source implementation was beset with some minor problems - not internally, but when working with outside vendors. But they were resolved within a fairly short time. "When you communicate with a bank and something is not working, for example, you simply agree on a common format and then things go smoothly," Klocok explained.

As part of its open source solution, OFZ is using SuSE Linux, OpenOffice, conqueror, Mozilla Firefox, kmail, Mozilla Thunderbird, and others. Apart from these, the company uses several of its own solutions, which manage the movement of its trucks and wagons, administer its camera systems, fax systems and others.