THE MONTH of photography presents photography in its entire range, unveiling typical as well as peculiar characteristics of nations, groups and phenomena. 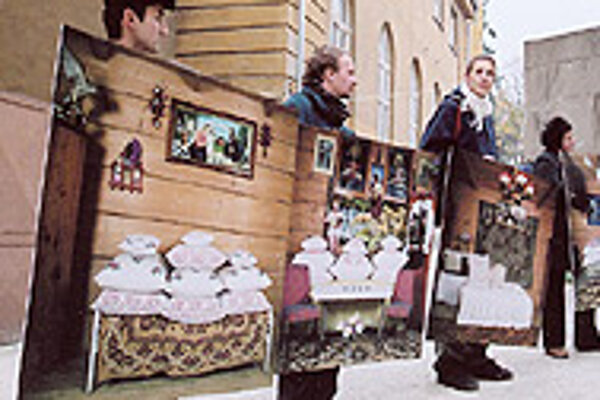 Font size:A-|A+0
THE MONTH of photography presents photography in its entire range, unveiling typical as well as peculiar characteristics of nations, groups and phenomena.

The photo-project by Andrzej Kramarz and Weronika Lodzinska from Poland, which took place for just two hours on November 5, outside of the Evangelical Lyceum Gallery, allowed a peek into the fading Polish tradition of the White Chambers.

These rooms contain religious items as well as modern, American-imported kitsch. They are kept unheated and locked, and access is only for family members, and that is only on special occasions.

At the event, young people stood in line holding large photographs of the chambers, while inside the gallery others held similarly sized pictures of the living spaces of the homeless. The chambers' bizarre luxury contrasted with, though to a certain extent resembled, the "homes" of the homeless.

The short duration of the exhibition was meant to reflect the intimate atmosphere and restricted approach to these rooms.

Visitors to Bratislava castle, on the other hand, have the chance to learn of Slovakia's characteristics and oddities until December 4. The Slovakia 001- 005 exhibition offers the final and complex pictorial report on Slovakia organized by the Bratislava Institute for Public Affairs.

The results of their work are now joined, their different viewpoints and techniques creating a patchwork view of Slovaks' lifestyle characterized by the "effort to preserve traditions while adapting to a consumer's way of living".